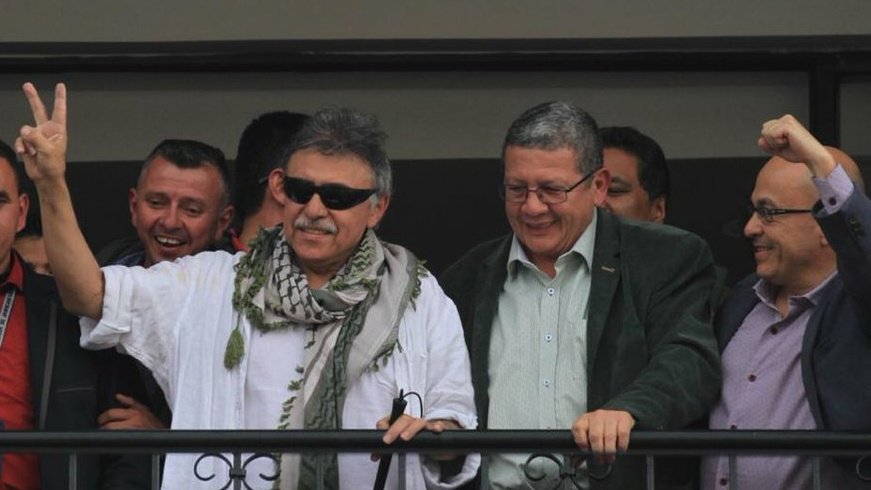 Santrich spoke to his supporters from the headquarters of Common Alternative Revolutionary Force (FARC) in Bogotá after his release on May 30. Photo: Twitter

After a tumultuous two weeks which saw several different legal bodies in Colombia ordering the release and subsequent re-arrest of political prisoner Jesús Santrich, he was finally released from the Attorney General’s bunker on May 30 after an order from Colombia’s Supreme Court on May 29.

Following his release, Jesús Santrich spoke at a press conference from the main office of the Common Alternative Revolutionary Force (FARC) political party. He reiterated his commitment to fight for a true and lasting peace in Colombia and maintained his innocence in the case that has rocked the country for the past year.

The decision came as a relief to advocates for peace in Colombia who have been mobilizing for the past year demanding his release. Santrich was an important leader of the now-demobilized Revolutionary Armed Forces of Colombia (FARC) and was part of the peace negotiation team for the group.

Santrich was arrested after the Drug Enforcement Agency of the United States accused him of plotting to traffic cocaine to the US and demanded his extradition. He was held in the La Picota prison in Bogotá while the court investigated the alleged crime and prepared his extradition.

His arrest was denounced widely as a gross violation to the peace agreements between the Revolutionary Armed Forces of Colombia (FARC) and the Colombian Government that were signed in 2016. The agreements established a transitional justice system called the Special Jurisdiction for Peace (JEP) to investigate, judge and sentence those who are believed to have committed crimes during the 5-decade conflict between the guerrilla and the Colombian state forces.

Article 71 of the Final Peace Agreement has a provision about extradition of people who are participating in the JEP, “Extradition cannot be conceded, nor preventative custody with the intention of extradition in regards to acts or behavior being studied by the Comprehensive System of Truth, Justice, Reparation and No Repetition.”

The Colombian court claimed that Santrich’s alleged crime was committed after the peace agreements were signed, which would therefore exclude him from being processed by the JEP and allow for a possible extradition.

However, after over a year of his unjust imprisonment, on May 15, 2019, the JEP released a decision barring the extradition of Santrich and demanding his immediate release. The ruling also stated that his case would be processed through the JEP and not the ordinary justice system. They argued that the Attorney General and the DEA had not shown sufficient evidence to prove that the crime had been committed after the peace agreements were signed, or that it had been committed at all.

Two days after the JEP’s ruling was released, on Friday May 17, the Superior Court of Bogotá ruled in favor of granting Santrich Habeas Corpus and ordered that he be freed immediately. The same day, it was reported that Santrich had attempted suicide and his health was in grave danger. Social movements and human rights defenders mobilized outside the La Picota Prison in the South of Bogotá where Santrich was being detained and demanded his immediate release, as two justice institutions in the country had already ordered his release.

After hours of negotiation and discussion, an unconscious Santrich was wheeled out of La Picota Prison only to be descended on by agents of the Technical Investigation Unit of Attorney General’s Office who proceeded to read a fresh arrest warrant. The unconscious Santrich was wheeled back to prison and boarded onto a police helicopter which arrived minutes later and brought him to the bunker of the Attorney General’s Office.

Human rights defenders and lawyers condemned the fact that the prison guards appeared to have given Santrich a psychopharmacological drug before releasing him in order to sedate him and ensure he was physically and mentally weak when he was recaptured.

The affair was nothing less than an horrific episode wherein his most basic human rights and physically integrity were violated. Santrich’s walking stick, which he has maintained since the armed conflict, was even “lost” during the ordeal, a serious impediment to his mobility as he is blind.

Santrich’s lawyers were only able to see him in the bunker some hours later, and found him in a critical state. When their team of doctors were allowed to see him, they ordered that he be transferred immediately to a hospital to receive care. At 3 am, Santrich was transferred to the Intensive Care Unit of the Méderi Hospital in Bogotá where doctors evaluated that he was suffering from a cardiac arrest.

Santrich was then transferred back to the bunker where he waited for his legal situation to be resolved. On May 30, just before his release, Santrich published a letter from the bunker where he assured that he would voluntarily appear before Colombia’s Supreme Court of Justice and that he is “the person most interested in that the process can be clarified to show [his] innocence”. 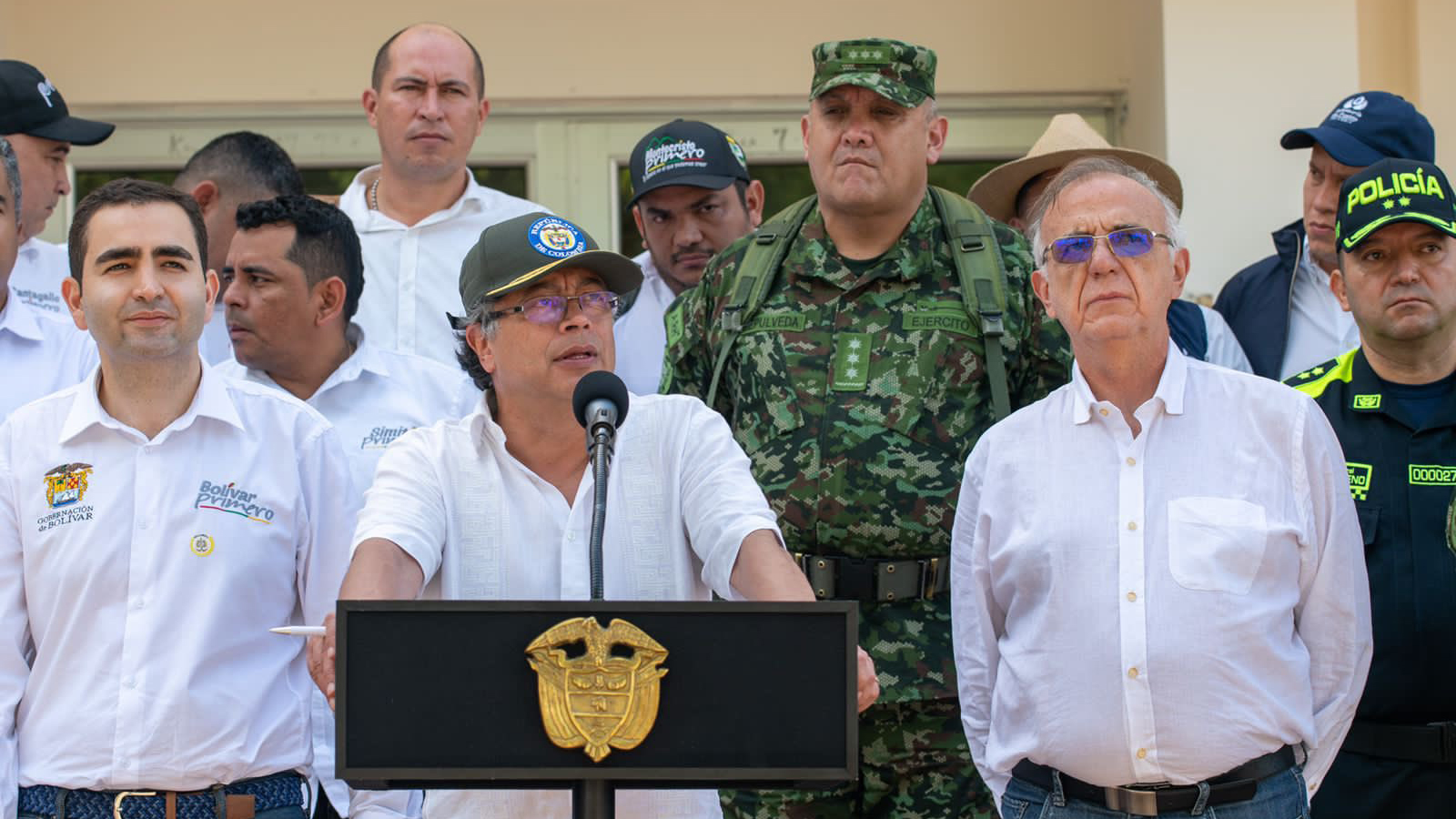