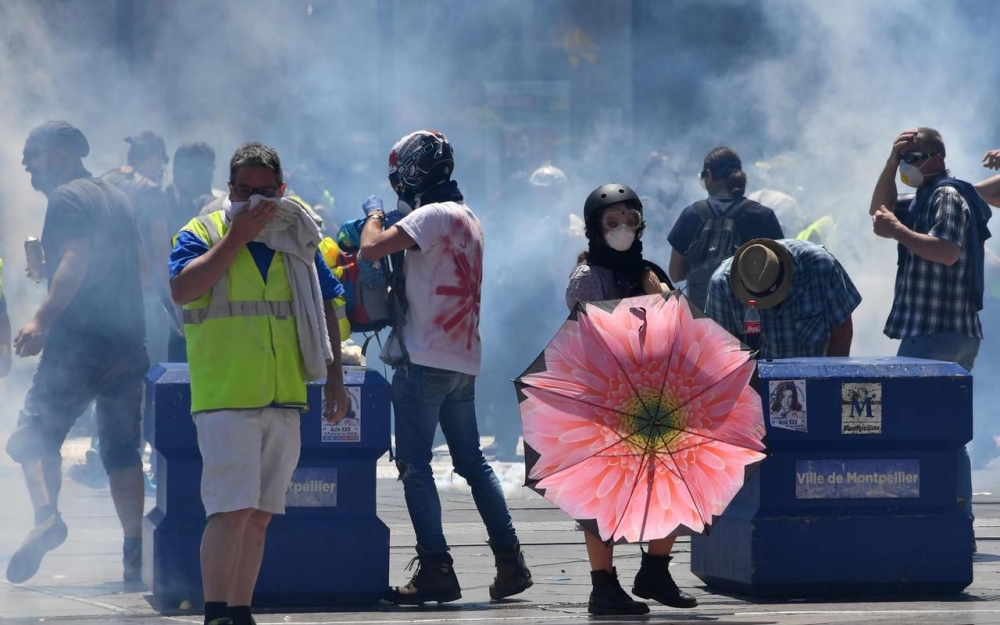 This week saw a rise in the number of protesters, mainly due to a hike in power prices.

Thousands of people marched in different parts of France on June 8, marking the 30th consecutive week of the Yellow Vests protests against the austerity-driven reforms of president Emmanuel Macron.

According to reports, the protesters were faced with police force in Drancy in Paris and Dijon in central France. The police also sought to repress the protests with tear gas and  water cannons in the city of Montpellier.

The participation in the protest was higher when compared to the last march on June 2. This believed to be due to people’s outrage over the imposition of a 5.9 % hike in power prices from June 1, 2019.

The Yellow Vests movement began on November 17, 2018 after the Macron government announced a hike in fuel taxes, purportedly to combat climate change. This decision triggered the anger of the masses against all the anti-poor reforms that Macron has passed since taking office. In the face of huge mobilizations, the government was forced to roll back the tax hike. In addition, Macron also announced tax cuts for pensioners and asked bosses to give bonuses to their workers. But these small overtures failed to placate the anger of the working and lower middle classes.

Over nearly six months, the Yellow Vests protests inspired similar agitations in other countries and substantially weakened Macron, who had sought to portray himself as a representative of a new social contract. However, the movements also failed to develop a credible political project to channelize popular anger against Macron. In the recent European parliamentary elections, the far-right National Rally of Marine Le Pen  emerged the strongest force in the country. On the bright side, in recent months, The Yellow Vests were able to coordinate their action with the country’s powerful trade unions and the left. As the popular agitations stand at a threshold, the question will be on what alliances it can build to consolidate popular sentiment against the government.