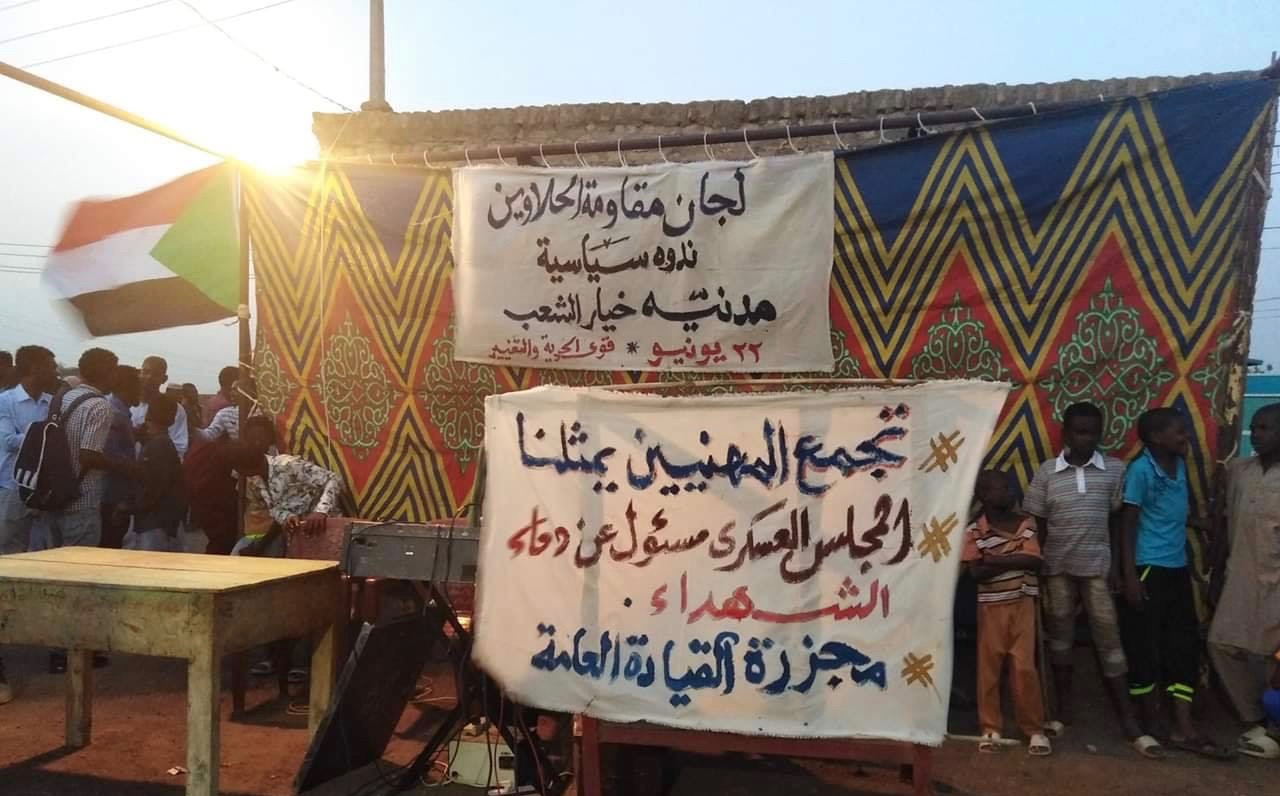 A local political committee held a meeting to discuss the situation in Sudan and to honor the martyrs of the June 3 massacre. Photo: Sudanese Professionals Association

Sudanese protesters under the leadership of the Sudanese Professionals Association (SPA), have agreed to the roadmap proposed by the Ethiopian envoy Mohamed Dirir who is mediating to resolve the dispute between the protesters and the military junta. However, the Transitional Military Council (TMC), through which the army has been holding power since April, rejected the proposal on Sunday June 23.

As per this proposal, a transitional leadership council (which has been previously referred to as the Sovereignty Council or the Presidential Council) will be composed of seven military personnel and eight civilians. Seven of the latter will be appointed by the Declaration of Freedom and Change Forces (DFCF), an umbrella organization of political parties that forms a united opposition block together with the SPA to represent the protesters. One civilian will be a “neutral” appointee who is acceptable to both parties.

Ahmed Rabie, a spokesperson for the SPA, reportedly indicated to the Associated Press that the SPA has agreed to this on the understanding that the agreements previously reached with the TMC on composition of the two other bodies – the cabinet and the legislative council – will hold. Last month, both the parties had agreed that the cabinet will be appointed by the DFCF, which will also appoint two-thirds of the legislative council members.

However, the composition of the leadership council had remained a sticking point as both the parties were unable to agree over the composition of the body. This disagreement led to an escalation in the tensions between the two sides, which eventually culminated in a massacre of the protesters at the sit-in demonstration outside the army HQ in Khartoum on June 3. The militiamen of the Rapid Support Forces (RSF), led by the vice-president of the TMC, killed more than a hundred, raped at least 48, and injured over 650 civilians.

Following the massacre, the TMC had announced its withdrawal from the previous agreements, while the militiamen who carried out the massacre patrolled the streets of Khartoum for weeks, terrorizing any civilian who dared to set out on the street.

It was in this context that both sides agreed to engage with Mohamed Dirir, the Ethiopian envoy appointed by Prime Minister Abiy Ahmed.

Speaking at a press conference yesterday, TMC spokesperson Shams al-Din Kabashi said that the junta had rejected the proposal, and had instead agreed ‘in principle’ to the proposal made by the African Union (AU), whose details are not yet known.

He further added that the TMC has asked the Ethiopian mediator and the AU “to unite their efforts and submit a joint paper as soon as possible to return the parties to negotiations.” The joint proposal is expected to be made today.