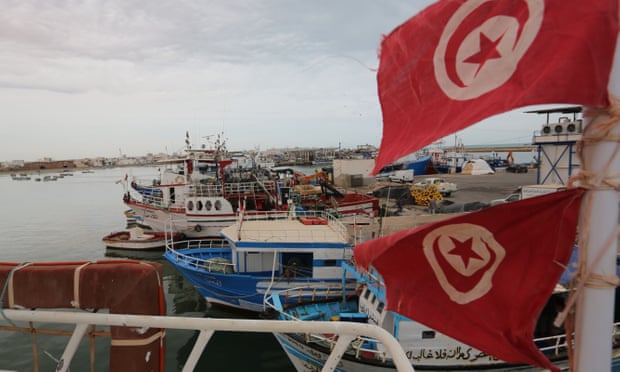 Hundreds of refugees have died after their unseaworthy boats have sunk in the sea off Tunisia.

In yet another tragedy involving migrants from Libya, a boat carrying 86 people capsized near the Tunisian coast on Wednesday night. As many as 82 people are missing following the incident while fishermen from the region and the Tunisian Coast Guard rescued four people, one of whom died in a hospital in Tunisia. The people on the boat had set off from Zuwara in Libya towards Europe in an inflatable boat, which sank nine miles away from the Tunisian port town of Zarzis.

Lorena Lando, Tunisia chief of mission of the International Organisation of Migration, said, “Of the 82 still missing, four are women, one of them pregnant. Two others were traveling with at least one child each. Unaccompanied children were also on board. The survivors said they knew of one Egyptian, one Gambian, as well as several others from Mali, Côte d’Ivoire and Guinea, aboard the vessel.”

It was reported earlier this week that another boat with 65 people on board from Libya had reached the Tunisian port of Sfax.

The recent outbreak of civil war and suffering in migrant detention centers in Libya has led to migrants fleeing the country in larger numbers. Many of them try to reach Europe in unseaworthy vessels at great risk to their lives. The policies of European countries, especially Italy, to deny access to migrant boats and rescue ships has only worsened the situation. Last week, the Italian security forces arrested the captain of the rescue ship, Sea Watch-3, for disembarking migrants in an Italian port even though she was released later on.

On July 2, the risks refugees faced in Libya were highlighted when 53 people were killed in an airstrike, reportedly by Libyan militia, at the Tajoura migrant detention center in the east of Tripoli. In May, at least 65 people who were headed for Europe from Libya drowned in the Mediterranean when their boat capsized near the Tunisian coast.

It was referring to these set of circumstances that Carlotta Sami, the spokeswoman for the Office of the United Nations High Commissioner for Refugees, had said in June,  “If we do not intervene soon, there will be a sea of blood.”