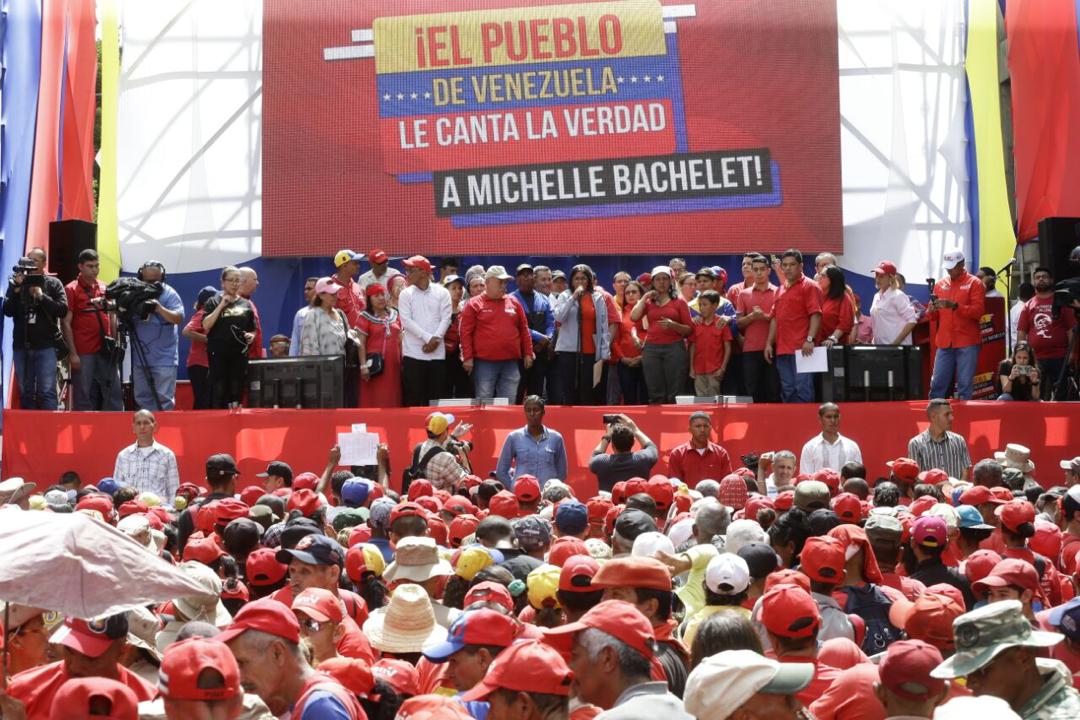 "The people of Venezuela will sing the truth to Michelle Bachelet!!" Photo: Twitter

On July 13, hundreds of thousands of Venezuelans took to the streets in Caracas and other cities across the country to express their rejection of the report presented by the United Nations High Commissioner for Human Rights, Michelle Bachelet and ratify their support for the democratically elected government of President Nicolas Maduro.

The report presented by Bachelett on July 5 in Geneva blames the Venezuelan government for all the problems facing Venezuela such as the political instability, lack of access to proper medicine, medical supplies and food, a decrease in funds available for social programs and political violence. It completely ignores the impact of the economic and political sanctions imposed by the US as well as the numerous coup attempts carried out by the far-right US-backed Venezuelan opposition.

On the day of the mobilization President Nicolás Maduro posted on Twitter: “The Venezuelan people mobilize to express their overwhelming rejection of the lies and manipulation. For peace and truth! We are guarantors and promoters of human rights. Venezuela is social justice and dignity!”

Delcy Rodríguez, the vice president of Venezuela, led the mobilization in Caracas and addressed the crowds to reiterate the government’s stance on the report and thank the thousands of Venezuelans who continue to resist and stand up for their country in the face of sanctions and an illegal blockade.

The OHCHR report has been denounced nationally as well as internationally. The Venezuelan government released a 70-point document highlighting the errors they found in the report. The representatives of Russia, China, Turkey, Cuba, Bolivia, Belarus, Myanmar, Iran and Nicaragua also condemned the report.

The President of the National Constituent Assembly Diosdado Cabello stated on Saturday “Even with the report presented by Bachelet, the Organization of American States, the Lima Group, and imperialism they have not been able to defeat Venezuela, nor will they be able to, because the Venezuelan people have decided to be free. The opposition is alone.” 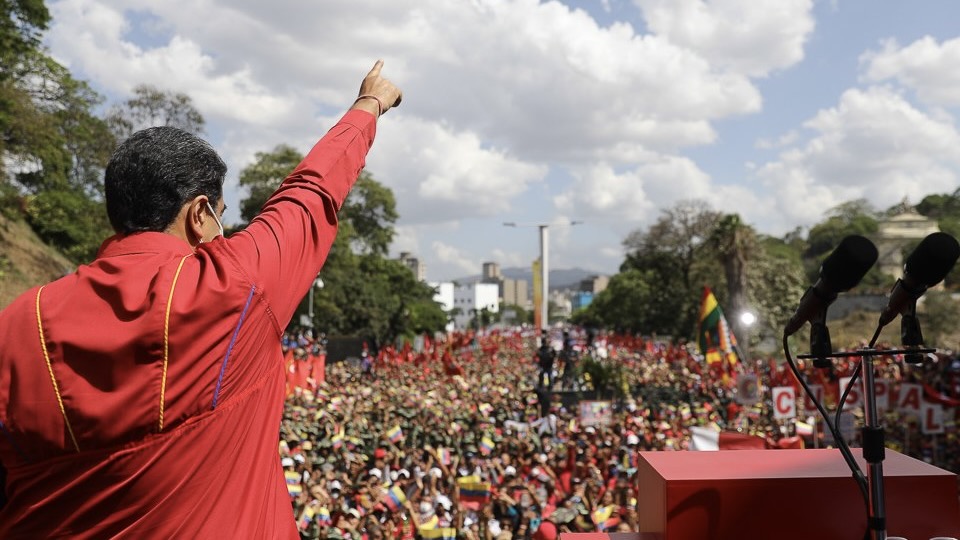