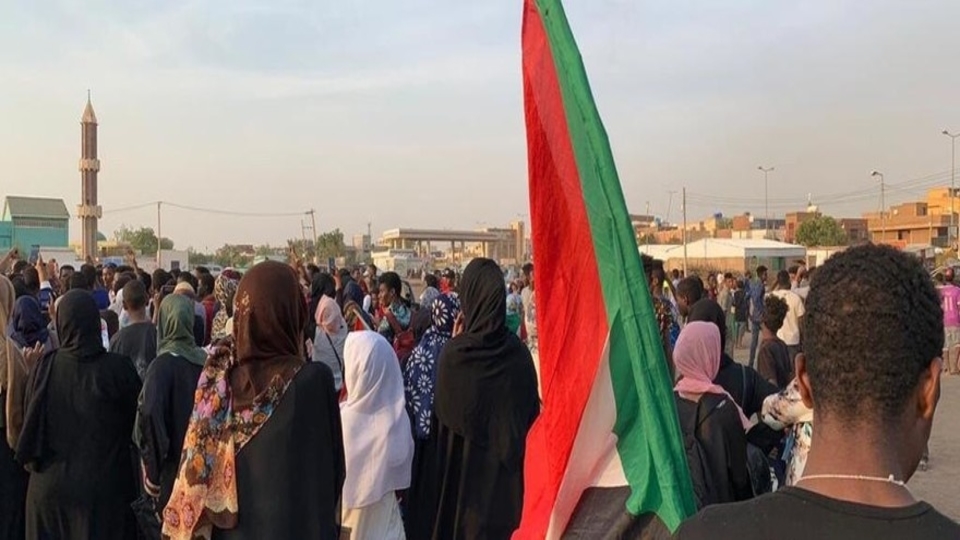 Mass demonstrations have broken out in the capital of major States. Photo: Radio Dabanga

Tens of thousands of people are taking to the streets across Sudan today, as mass demonstrations continue against the shooting of school students in the North Kordofan State on Monday.

In the meantime, talks between a section of the opposition alliance and the military junta, which were set to resume on Tuesday, were put on hold. The leaders of this alliance, which is known as the Declaration of Freedom and Change Forces (DFCF), visited North Kordofan’s capital city of El Obeid to express their condolences to the families of the victims.

Monday’s massacre saw militiamen of the notorious Rapid Support Forces (RSF) kill four school students and an activist, and injure dozens in the city. In the El Obeid hospital alone, 62 people are being treated, a doctor told Radio Dabanga. “Two others were transferred to El Daman hospital,” he added. It was also reported that four critically injured protesters, two of whom are in a coma with bullet wounds to the head, were moved to Khartoum. The uniformed students were protesting the poor educational facilities and lack of access to potable water and transportation.

Anticipating demonstrations after the incident, the acting governor of North Kordofan imposed a curfew in the State’s capital city and two other towns, El Rahad and Um Rawaba. The DFCF rejected the curfew, and called on Sudanese across the country to take to the street to pressurize the military junta to immediately transfer power to civilian authorities. The people responded to this call in large numbers.

“The entire city is boiling with anger. Many people, old and young, went out to the streets and warned the governor that imposing more repressive measures will lead to the escalation of the situation. The declaration of the State of Emergency already will be answered by more protests against the oppression of the people, by bullets or by decrees,” Osman Saleh, a DFCF spokesperson, told the media.

In Omdurman, El Gedaref and Kassala, doctors held protests in front of hospitals demanding justice for the slain. Professional associations, including those of lawyers, also held vigils.

The security forces unleashed repression on the protesters in many locations. In the town of Atbara, a march organized by the neighborhood committees set up by the Sudanese Professionals Association (SPA) was attacked by security forces with tear gas. Many protesters suffered head and chest injuries. It was in Atbara that protests first began in December which ultimately led to the overthrow of former president Omar al-Bashir.

In Khartoum’s twin city of Omdurman, security forces opened fire, injuring at least six with bullets. In the capital, protesters set up barricades and blocked a number of roads with burning tyres. They also held a demonstration before the ministry of justice, demanding that the perpetrators of the massacre be brought to justice.

The DFCF has been unanimous in its condemnation of the killing. However, differences remain on the continuation of talks. The Sudanese Communist Party, along with the parties of the Baathists and Arab Nationalists which together form the National Consensus Forces, had earlier too called for a halt to the negotiations. They had also refused to sign the political declaration with the military junta.

On the other hand, centrist parties such as the National Umma Party (NUP) and Sudanese Congress Party (SCoP), which have signed the political declaration, are determined to continue talks with the junta to reach an agreement on a constitutional declaration. This declaration will clarify the power-sharing arrangement between them and the military junta in the transitional government that is to be formed.

At a press conference held yesterday, the SCP reiterated that it would not participate in any transitional government if the military junta is part of it. Instead, the party will continue to mobilize the masses against the military junta and agitate till a civilian government committed to pursuing the goals of the revolution, as stated in the Declaration of Freedom and Change, is formed, it added.