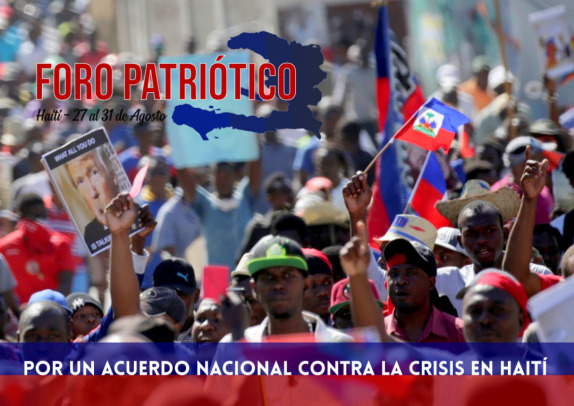 "Patriotic Forum for a national agreement against the crisis in Haiti" reads the poster for the conference.

Patriotic Forum for a National Agreement against the Crisis in Haiti, a national conference of people’s movements, social organizations and left-wing political parties, began on August 27, in the city of Hinche. The forum aims to analyze the current social, economic and political crisis facing the country and come up with strategies to confront it. The event will culminate on August 31.

The forum saw the participation of over 250 leaders associated with different peasants, workers, women, students and youth organizations. Representatives of several important trade unions, civil society and human rights activists along with religious, business and community leaders were present. About a dozen international delegates from Argentina, Brazil, Venezuela, South Africa and the United States also attended the proceedings. Additionally, trans-national social movements such as ALBA, the La Via Campesina and the International Peoples’ Assembly took part in the conference.

The central objective of the forum is to unify all progressive forces and come to a decision on an action plan to force a resignation by current president, Jovenel Moïse. Since last year, Haitians have been protesting against the neoliberal, anti-people and corrupt government of Moïse, demanding his resignation and an end to his illegitimate and anti-democratic government. Moïse usurped power in 2016, through elections that were widely recognized as fraudulent.

During a press conference on August 26, Chavannes Jean Baptiste, president and founder of the Papaye Peasant Movement (MPP), said that “the idea is to bring together all the sectors that are fighting against the ruling party Tèt Kale (…) and the objective is to reach a national understanding to deal with the crisis through thoughtful mobilization”. Baptiste’s organization MPP is one of the organizers of the event. He explained that “the forum is not a space to defend class interests, but to defend a common purpose that is the country.”

Haiti is going through a major economic crisis with rampant inflation and accelerated devaluation of the national currency. Years of dictatorship, systematic corruption, political instability, vulnerability to natural disasters and harsh international sanctions have made Haiti the poorest and most unequal Caribbean country in the Americans. Around 80% of its population lives in abject poverty.

Since Moïse has assumed office, his misgovernance has further aggravated the already precarious socioeconomic conditions faced by the majority of Haitians. Neoliberal policies have been adopted due to pressure from the International Monetary Fund (IMF), adding to the misery of the impoverished sections of society.

Moïse is also accused of embezzlement of nearly USD 3.8 billion from the Petrocaribe funds, a crude oil program to finance various economic and social development schemes, offered to Haiti by the Bolivarian Republic of Venezuela.

To reflect, to breathe, to hope and to stay human: Review of Hybrid War poster exhibition 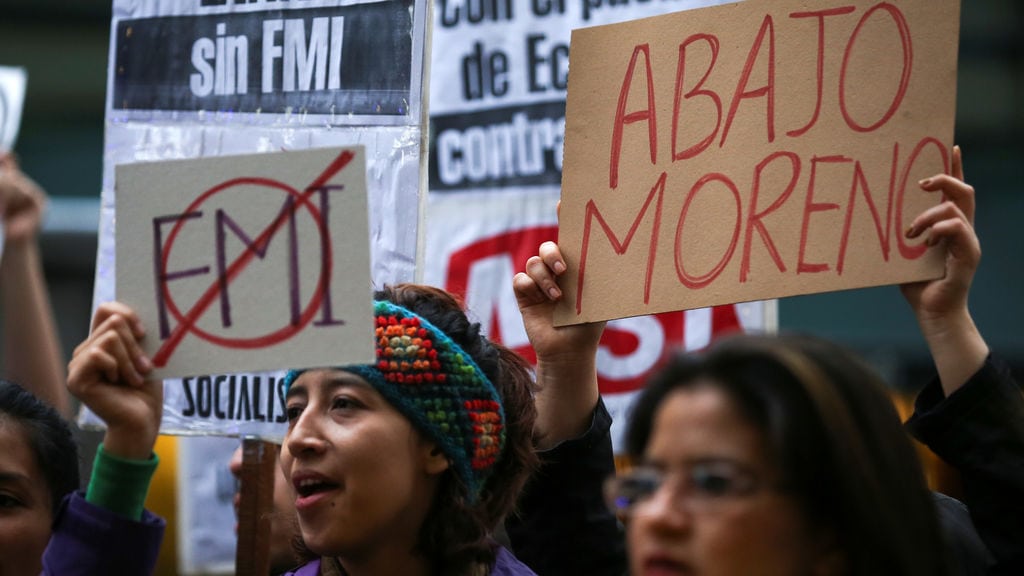