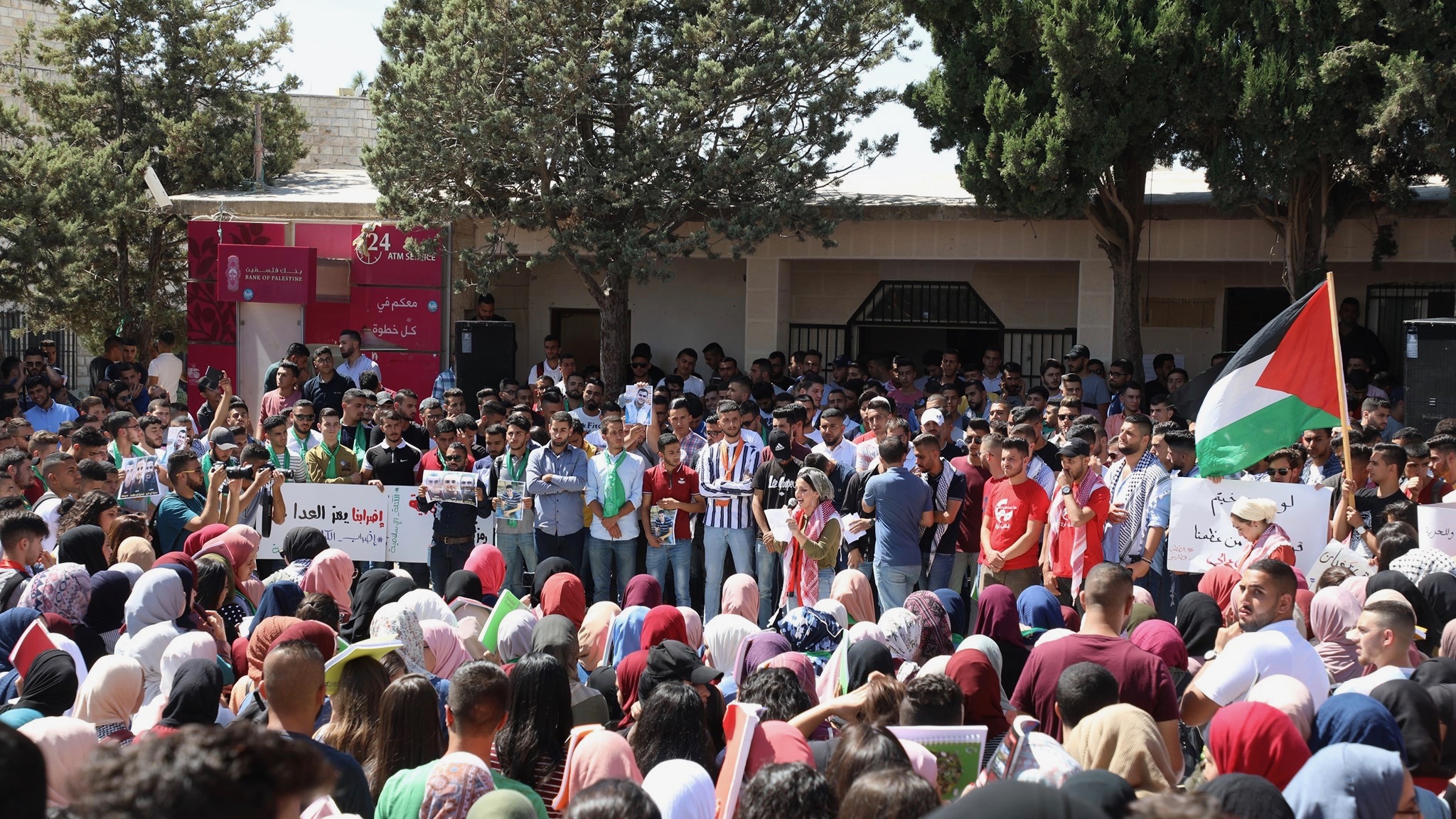 Palestinian human rights organizations and social movements have denounced the increase in the number of illegal nighttime raids, kidnappings and arrests by Israeli occupation forces. This tactic, which has always been part and parcel of Israel’s illegal occupation, is not only used to detain and imprison Palestinians but also to terrorize families and communities, and instill a climate of fear.

University students have been especially targeted by the Israeli occupation forces in recent times. In the past two months, at least 18 students from Birzeit University alone have been arrested.

The Right to Education Campaign denounced the detentions as “an appalling violation of freedom of speech and expression.” It called on international organizations to “condemn these acts and hold the Israeli occupation accountable for its crimes against Palestinian youth and their right to education, and take immediate action to halt such repressive measures in order to protect the academic freedoms of Palestinian students and teachers.”

The Right to Education Campaign fights to defend the right to education of Palestinians by providing legal assistance to students and staff facing arrest and imprisonment. It also documents and raises awareness on the impact of the illegal Israeli occupation on the rights and academic freedom of Palestinian students, teachers and educational institutions. The campaign was started in Birzeit University in Ramallah, Palestine in the 1970s.

Birzeit, as an institution, along with other universities in Palestine, has been subjected to harsh repression by the Israeli occupation forces and has been closed by military order fifteen times. The longest period of closure was during the First Intifada when the university was forced to remain shut for four-and-a-half years (1988-1992). The campaign explains that during this time, “Israeli military orders closed all Palestinian nurseries, schools, and universities, effectively making education illegal. Students and academics risked arrest for holding classes in defiance of the military oppression, the act of carrying a textbook became sufficient grounds for interrogation and detention.

Peoples Dispatch spoke with Khaleel Shaheen, a student activist and volunteer with the Right to Education Campaign at Birzeit University, to understand the current challenges faced by Palestinian students and their resistance.

Peoples Dispatch: How many Birzeit students are currently in Israeli prisons?

[Administrative detention is a measure used extensively by Israel under which prisoners, mainly Palestinians, are held indefinitely based on secret information and without formal charges or a trial.]

Peoples Dispatch: Why have so many students been targeted in recent raids?

KS: To be honest, there is no clear information on why so many students have been arrested. All those who were detained are still under interrogation. The Israeli occupation forces did not allow the Red Cross or any lawyers to help the students or even give us or their families the reason behind their unjust arrests.

Generally, the only “charge” that the students face is their political view. Last year, Israeli soldiers came to the university pretending to be “from the press” and kidnapped the student body president Omar Al-Kiswani. There were active shootings inside the campus!

We know that Dr. Wedad Al-Barghouthi was arrested recently and was charged because she “posted a picture of a certain political party on Facebook”.

PD: What role has Birzeit university played historically in the struggle for Palestinian liberation?

KS: Birzeit is known for its history academically and its unique role in resisting the Israeli occupation. The student council and the different student-led movements play a key role in gathering the students whenever something happens in Palestine. The student council organizes protests inside and outside the campus. It gives different lectures about the importance of the students in enriching Palestinian history and the key role that we play in making a difference.

PD: How else does the Israeli occupation impede Palestinians’ right to education? What are the central challenges for Palestinian students?

KS: We, as students, face a huge number of challenges that impede our education – both at a psychological level and on a day-to-day basis. The right to movement is violated every single day of our lives, since the majority of the students live outside Ramallah. Therefore, in order to get to the university, we have to go through many checkpoints and at every single checkpoint, there is a chance that we can either be arrested or will not be able to cross it.

Almost every day, the occupation forces raid different cities at night. For me personally, every time I go the university, my parents, especially my mom, get very scared because anything could happen to anyone at any point of time! They enter our university carrying guns and with no permission. The Israeli forces also impose many closures, such as when they stop anyone from entering or leaving a city. And it is unfortunately not surprising, but several students from our university have been shot and killed. A few years ago, such an incident took place and it was a really hard thing to get over.