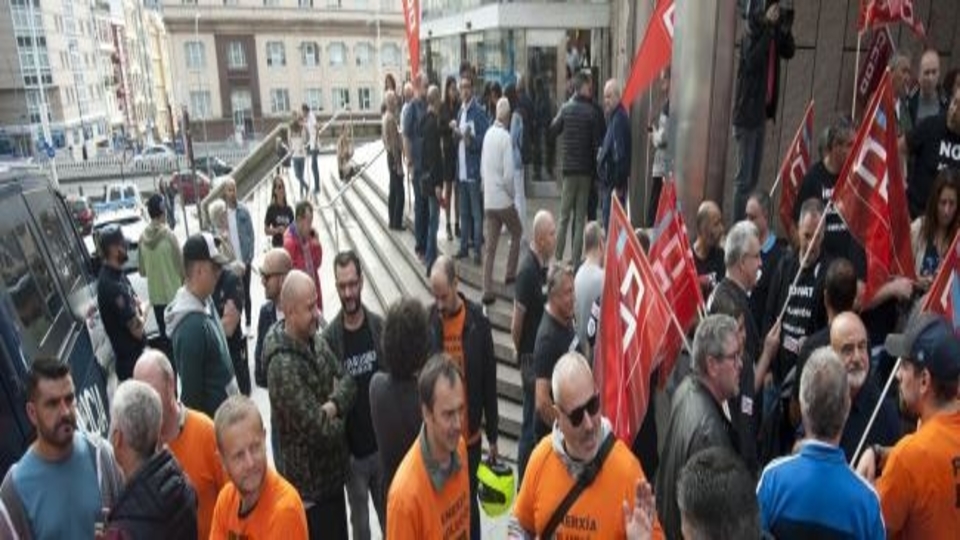 Around 200 workers had gathered in front of the court in the city of A Coruna on September 23, in a show of solidarity with the trade union activist accused of violence that followed a march to the Congress of Deputies on March 28. (Photo: La Opinion A Coruna)

On September 23, hundreds gathered in front of a court in the city of A Coruña, Spain to support trade union activists of the Workers’ Commission (CCOO) and employees of mining giant Alcoa, who are being prosecuted by the state government.

The union activists and workers are charged with inciting violence during a mobilization before the Congress of Deputies on March 28. However, the workers at the march, who were seeking state intervention against the closure of two Alcoa aluminum smelters in Spain, have testified that hardly any violence took place at the rally.

La Opinion A Coruna reported that around 200 workers gathered in front of the court in solidarity with the unionists who have been accused. Víctor Ledo, CCOO industry secretary in Galicia, said, “At no time was there any kind of violence,” while claiming that “The police acted in a completely excessive way.”

On October 17, 2018, US-based aluminum giant Alcoa had announced the closure of its smelters in Aviles and La Coruna with a combined production of 180,000 metric tons per year. There have been widespread protests by the workers of both the plants, who are demanding state intervention in the issue. The Communist Party of the Peoples of Spain (PCPE), as well as various trade unions, has called for the nationalization of the plants.

According to reports, on July 31, the Alcoa Corporation announced the sale of its Avilés and La Coruña plants in Spain to a Swiss private equity investment firm, PARTER Capital Group AG, for an undisclosed sum.