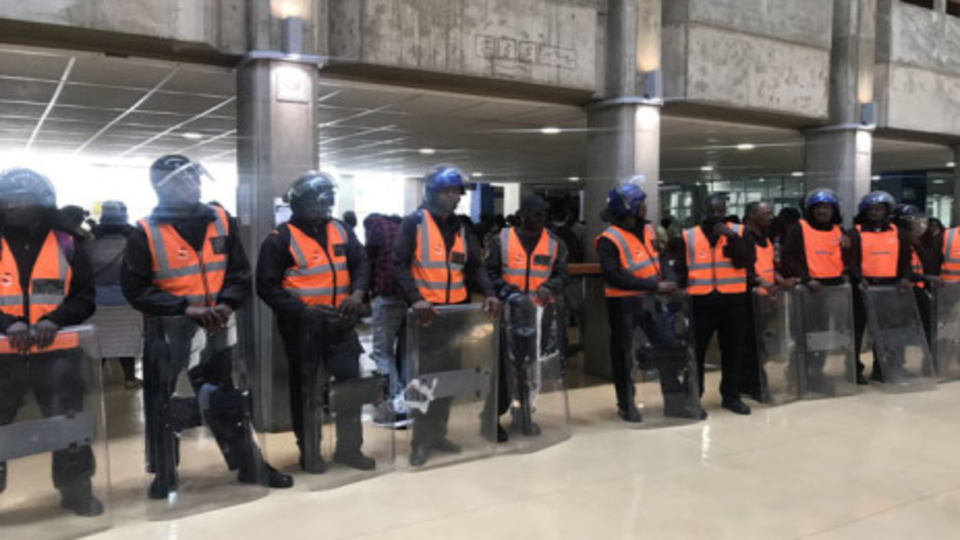 The unions have raised the wage issue with the Conciliation, Mediation and Arbitration as a prelude to the strike.

The possibility of a strike by up to 150,000 security guards in South Africa has increased after talks with employers failed. Nine unions representing the security guards approached the Commission for Conciliation, Mediation and Arbitration (CCMA) on Thursday, October 4, with a mutual interest dispute.

The unions escalated the matter to CCMA after the employers failed to make an offer acceptable to the unions at meetings on October 1 and 2. This meeting was the last in the series of negotiations that make up the compulsory arbitration process mandated by industry protocol on such matters.

At this meeting, the South African National Security Employers’ Association (SANSEA), which represents the private security firms employing a total of around half a million personnel, increased its offer from a hike of 1.1% to 5%.

However, the unions rejected this offer as it does not even take the salary of the highest paid security officer near the living wage. The highest paid guards – those categorized under Grade A – currently earn R5,557 ($366.6) a month. The employers’ offer would have raised it to R5,834.

This wage in South Africa is not only insufficient to cater to a family, but is also lower than the monthly living wage for a single adult, which was estimated to be R6,340 ($418.36) last year. This is the wage required to pay for basic necessities such as food, transport, housing, healthcare and education for a single adult.

It is to be noted that this demand still falls below the living wage for a typical family, estimated to be R11,300 ($745.66) in 2018. To partially compensate for this, the unions also demanded a health cover, to which employers would be obliged to contribute 60%.

The employers’ association, however, has refused to engage on the demand for health cover.

The nine unions party to the dispute are Abanqobi, DUSWO, DETAWU, KAWU, NASUWU, PTAWU, SAAIWU, SANSAWF and SATAWU. The CCMA will now appoint an arbitrator who will try to bring the parties to a settlement.