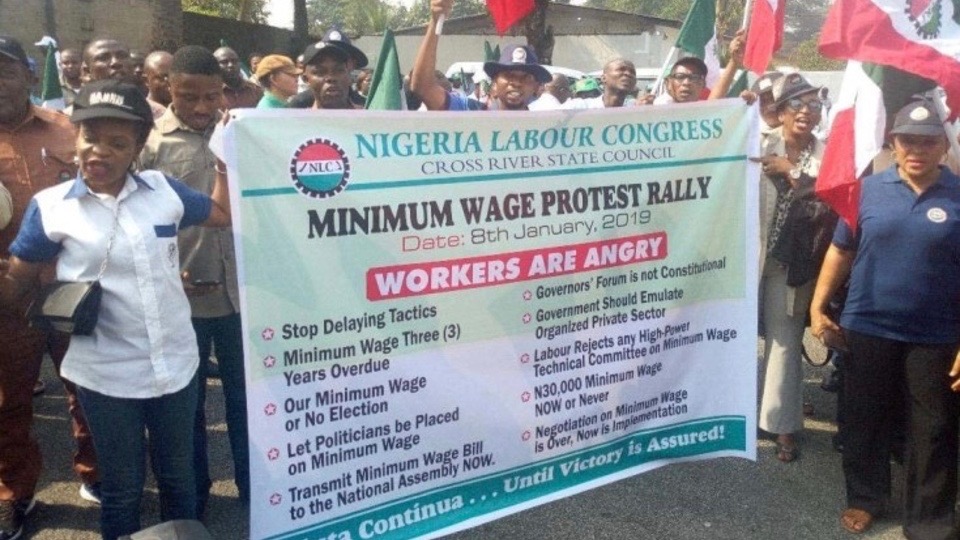 A major strike by Nigerian civil servants has been avoided by the government by reaching an agreement with their representative unions over the issue of wage hikes, last Friday.

The Nigerian government on October 18, Friday, partially accepted demands by unions over pay hikes for the country’s civil servants, averting a major strike. The dispute over the issue had remained even after the new national minimum wage of N30,000 (USD 82) was announced by president Muhammad Buhari in April.

“[W]e made them understand that some people cannot be more Nigerian than others. If we are tightening our belts, the government should also do so,” said Quadri Olaleye, president of the Trade Union Congress (TUC).

However, disagreements over its implementation persisted until last week. The government had offered to raise the salaries of civil servants from grade levels 7 to 14 by 11%, and of those employed in grade levels 15 to 17 by 6.5%. The unions – the Nigerian Labor Congress (NLC), the Nigeria Union of Civil Service and the Trade Union Congress (TUC) – were demanding a rise of 29% for the former and 24% for the latter.

With the government refusing to concede, mobilization for a major strike action had begun, and civil servants across the country were set to down tools last on October 16, Wednesday, in case an agreement was not reached by Tuesday.

However, after the government sought another meeting on Thursday, the strike action was suspended. Beginning at 8:30 pm on Thursday, the meeting went on until 3 am on Friday, by the end of which an agreement was finally arrived at.

Commending the organized labor and the government for arriving at an agreement without having to undertake a strike that would have further damaged the ailing economy, Olaleye said “As an organization and a major stakeholder in the Nigerian project, we believe that the parties have done well. We shifted grounds and that is why we were able to resolve things without major injuries. It is a win-win situation.”