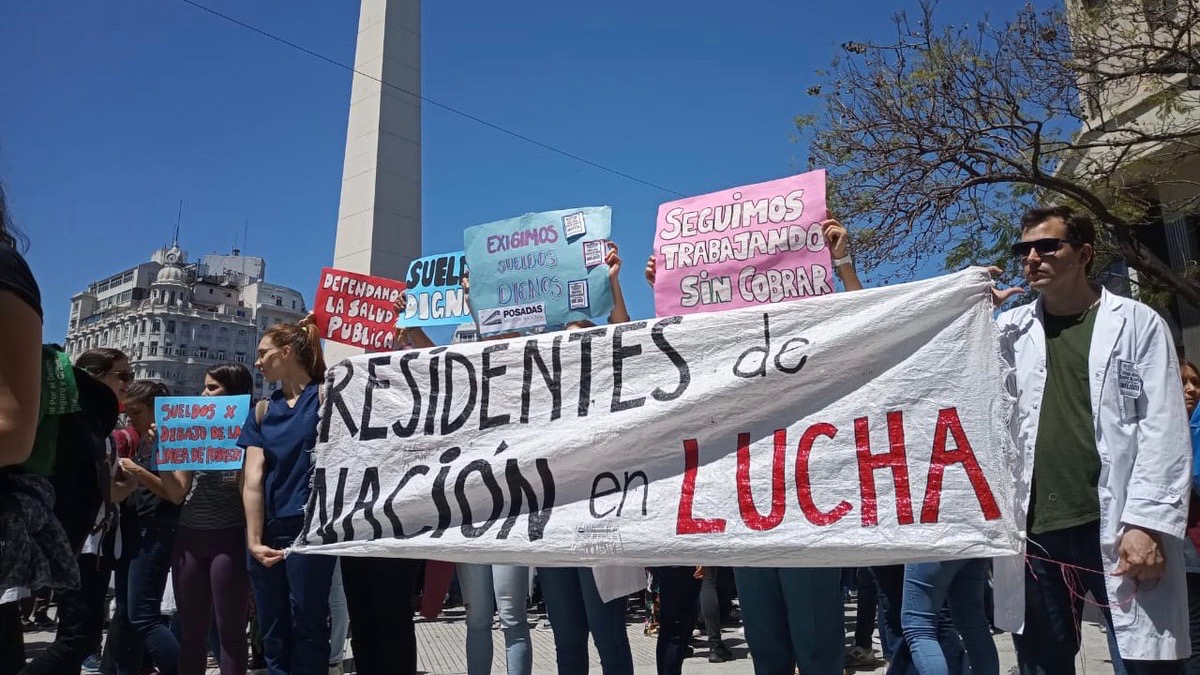 Hundreds of young healthcare professionals, who have not received their salaries since the month of June, set up a camp at the Obelisk of Buenos Aires in defense of public healthcare services. (Photo: Residentes Nación en Lucha/Twitter)

Hundreds of young healthcare professionals, who work, research, and are trained in public hospitals under the direct administration of the Argentine Health Ministry, also known as the Residents of National Hospitals, began a 48-hour strike on October 23. They are demanding an immediate payment of salaries, which is outstanding to the first year Residents since the month of June.

Their other demands include: compliance of the laws and regulations governing the Residents, a dignified increase in salary -as the present one is below poverty line due to the rampant inflation and devaluation of national currency-, establishment of a negotiation table to discuss salary increases, protection of all Residents under the Work Risk Insurance (ART), opportunities for social work for all and the recognition of non-medical professionals as specialists.

On the first day of the strike, the protesting medical residents set up a camp at the Obelisk of Buenos Aires in defense of public healthcare services. At the Obelisk, a number of activities such as debates, discussions and workshops on how to strengthen the public healthcare system were held. Similar activities took place on the second day of the strike, on October 24.

This is the third strike by the Residents of National Hospitals this month.

The first strike was carried out on October 2 and hundreds of doctors marched to the Ministry of Health. At the ministry, they were received by the government authorities, who assured that they would pay the whole amount in a single salary to half of the Residents by October 7 and to the remaining by October 10. The authorities also guaranteed to provide access to the ART and Social Work by October 11, pay the rest of the dues in the month of November and establish a negotiation table to discuss the recategorization and adjustment of salary.

However, the deadlines came and went, but no promise was fulfilled. In response to the Government’s failure to follow through, the Residents carried out another strike on October 16. They once again marched from Hospital Garrahan to the Health Ministry, where they were received by the authorities. This time, the government officials “denied taking any responsibility for what was happening, refused to sign a written commitment and blamed the state bureaucracy.”

Following the shameless and irresponsible response from the government of Cambiemos alliance, led by president Mauricio Macri, the young doctors decided to call for another strike, this time for 48 hours.

The workers from the Civil and Trade Union Association of Professionals and Technicians of the Garrahan Hospital, also joined the announced measure of force in support of the Residents.

In addition, hundreds of doctors and other healthcare workers associated with the Trade Union Association of Healthcare Professionals of the Buenos Aires Province (CICOP), also went on a 24-hour strike on the same day in solidarity with the struggle of the Residents. Due to their strike, over 80 public hospitals and health centers in Buenos Aires province remained closed or provided only emergency services.

The CICOP’s workers also carried out the measure to demand the reopening of the salary negotiation process – which was suspended in July-, an increase in salaries, better hospital infrastructure and fulfillment of the agreements reached with the government earlier this year.

The union also denounced the lack of investment in the sector by the right-wing government of Buenos Aires, led by María Eugenia Vidal, and its unwillingness to resolve the crisis. “There is only one week left for the elections, it [Vidal’s government] has not given a single sign of wanting to seriously address the problems generated by the brutal budgetary disinvestment executed during its management in the sector. Thus, in an irresponsible way, it continues to jeopardize on a daily basis the health conditions of the population whose rights it has the obligation to guarantee,” said the CICOP in a statement, hinting about its intention for a change of government in the general elections this weekend.

In the last four years of its governance, Macri’s neoliberal economic measures has reduced investment in a number of public sector services. The disinvestment in the public healthcare services has already led to the dismissals of more than 1,000 workers at the Posadas Hospital, the suspension of free meningitis vaccine for children and other vaccines. Healthcare workers have noted that the budgetary cuts have had a direct impact on the health of the population and have seen an increase in the cases of tuberculosis and syphilis in the country.

The presidential elections in Argentina are scheduled for October 27. Broad sectors of Argentine society have been organizing and mobilizing since the beginning of the year against Macri’s austerity measures which have had catastrophic impacts on Argentina’s working class and poor.

In the primary elections held in the country on August 11, Argentines already declared Alberto Fernández of the Frente de Todos -a coalition of the center-left parties- as the winner of the general elections. Fernández won the primary elections with 47.22% of the votes, defeating Macri with a margin of 15%, who secured the second place with 32.36% of the votes. If these results are repeated in the general elections this Sunday, Fernández will be the new president of Argentina without a second round. 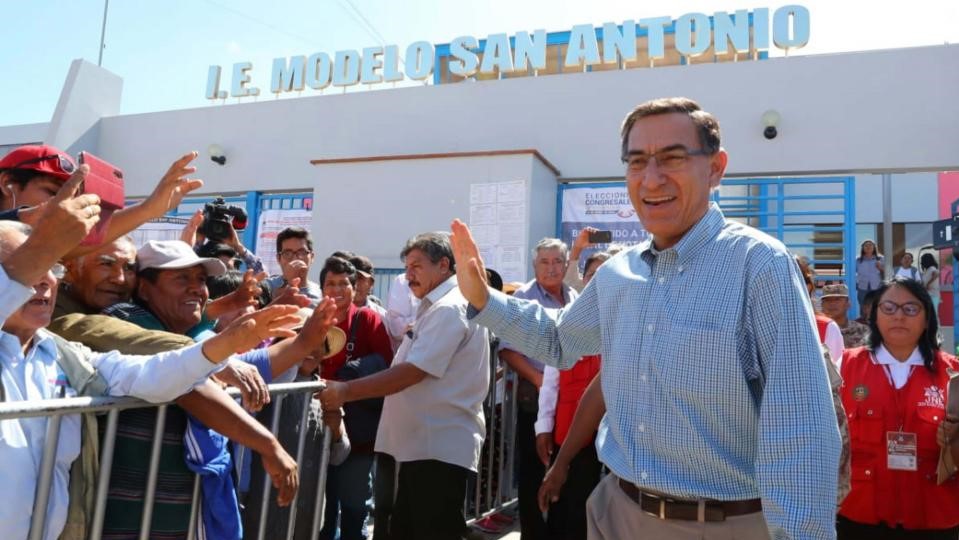 Parliamentary elections in Peru: a fragmented congress and a defeat of Fujimorismo

WEF and the crumbling blocks of capitalism

Bolsonaro and Modi: a match made in right-wing heaven
RECENT ARTICLES