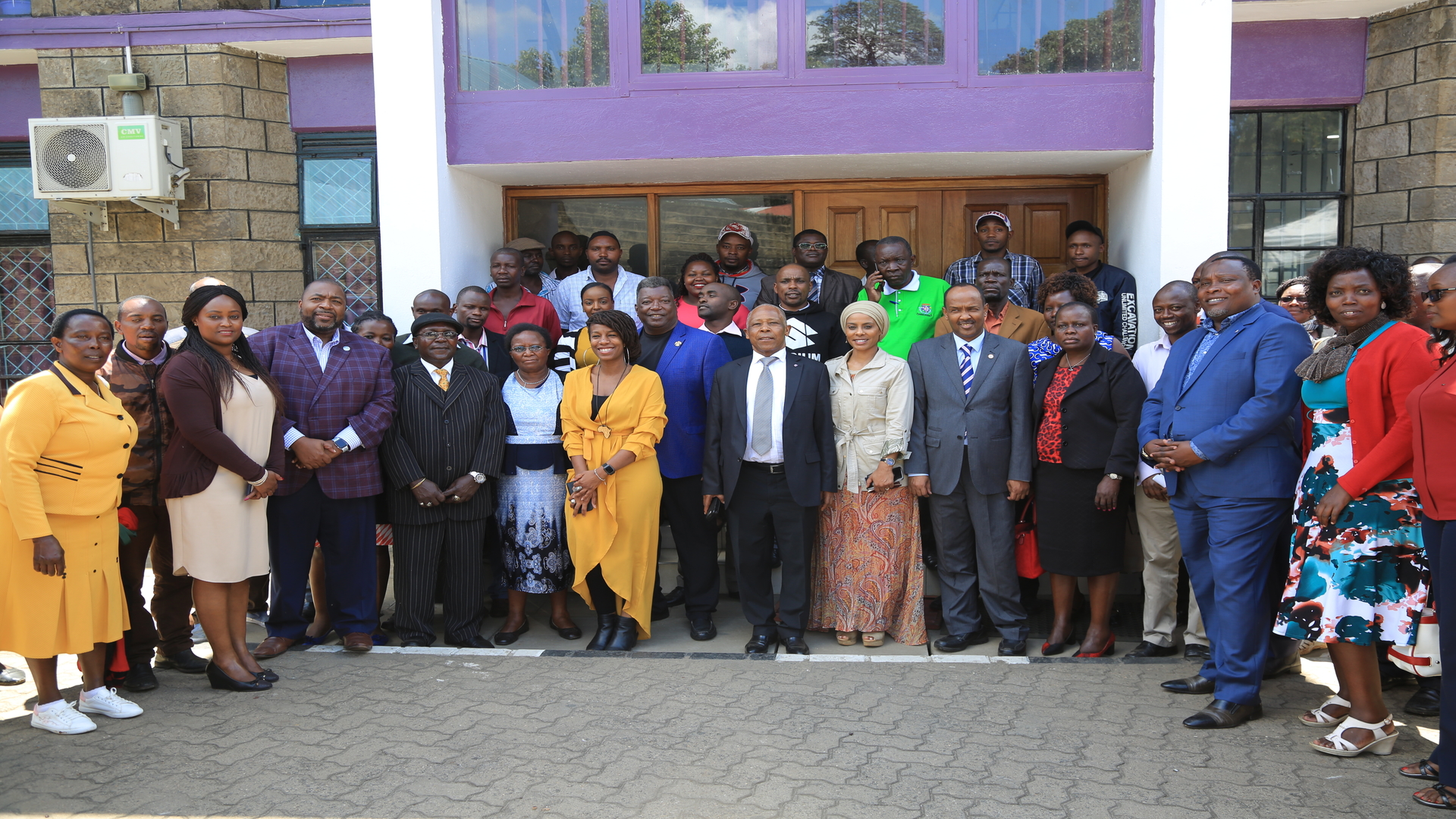 The delegates after signing the MoU between three formal sector labor unions and the informal workers’ associations.

In Kenya, an agreement signed last week between five informal workers’ associations and three trade unions representing the formal workers will bring the former under the protection of labor laws in the country for the first time.

The informal sector in Kenya now comprises 84% of the workforce and is steadily increasing. In fact, the trade union movement, which so far represented only the formal sector workers, has fallen short in providing representation to this section.

To assess the gravity of this situation, three trade unions affiliated with the Central Organization of Trade Unions (COTU-K) – the Kenya Union of Commercial Food and Allied Workers (KUCFAW), Kenya Union of Domestic Hotels Education Institutions Hospitals and Allied Workers (KUDHEIHA) and the Amalgamated Union of Kenya Metal Workers (AUKMW) – commissioned a survey of informal workers in May 2018, with the support of the Solidarity Center (AFL-CIO).

The attempts made by the unions since last year to include the informal sector’s workers finally bore fruit on October 29, when, at a public ceremony, the three unions signed a Memorandum of Understanding (MoU) with multiple associations of informal workers of different sectors.

The Ambira Jua Kali Association, the Eastleigh Hawkers Association, the Grogon/Ngara and Muthurwa food vendors, the Migingo Mechanics Self Help Group and the Nairobi Informal Sector Confederation (NISCOF) are the informal workers’ associations that have signed the MoU.

Speaking at the ceremony, the general secretary of AUKMW, Rose Omamo, said, “When we started organizing the informal sector – mechanics, spray painters, welders, panel beaters and vehicle body builders – we realized that recruiting individuals was difficult and decided to work with the artisans’ associations.”

Doug Moore, one of the members of Solidarity Center’s Board of Trustees, who was present at the signing ceremony said, “The three unions are not waiting until they have no more members, they are aggressively organizing informal workers.”

Chairman of Grogon/Ngara Food Vendors Association, Peter Ndirangu, also expressed his hope for a better future for food vendors, saying, “We have a dependable partner. Things will get better for us from now on.”

The livelihoods of street vendors are becoming increasingly insecure as the governments of most counties are seeking to move them out of their respective territories.

To stop this large-scale displacement, the COTU-K has strongly urged the parliament to pass the Street Vendors (Protection of livelihood) Bill, 2019. The bill mandates each county government to prepare a registry of the street vendors in its jurisdiction and designate vending zones where the government would be obliged to construct and maintain centers for vendors with the necessary infrastructure for solid waste disposal, water-supply, parking, security etc.

The MoU – whose signing ceremony was witnessed by representatives from the ministry of labor, Federation of Kenya Employers, ILO and FES Kenya – brings 5,600 informal workers under the organized unions.

With a total 14.9 million people laboring in the informal sector in the country, there is a long way ahead before a considerable section of the informal workforce can be organized. However, this is the start of a process which is bound to give a massive boost to the strength and mandate of trade unions across Kenya.