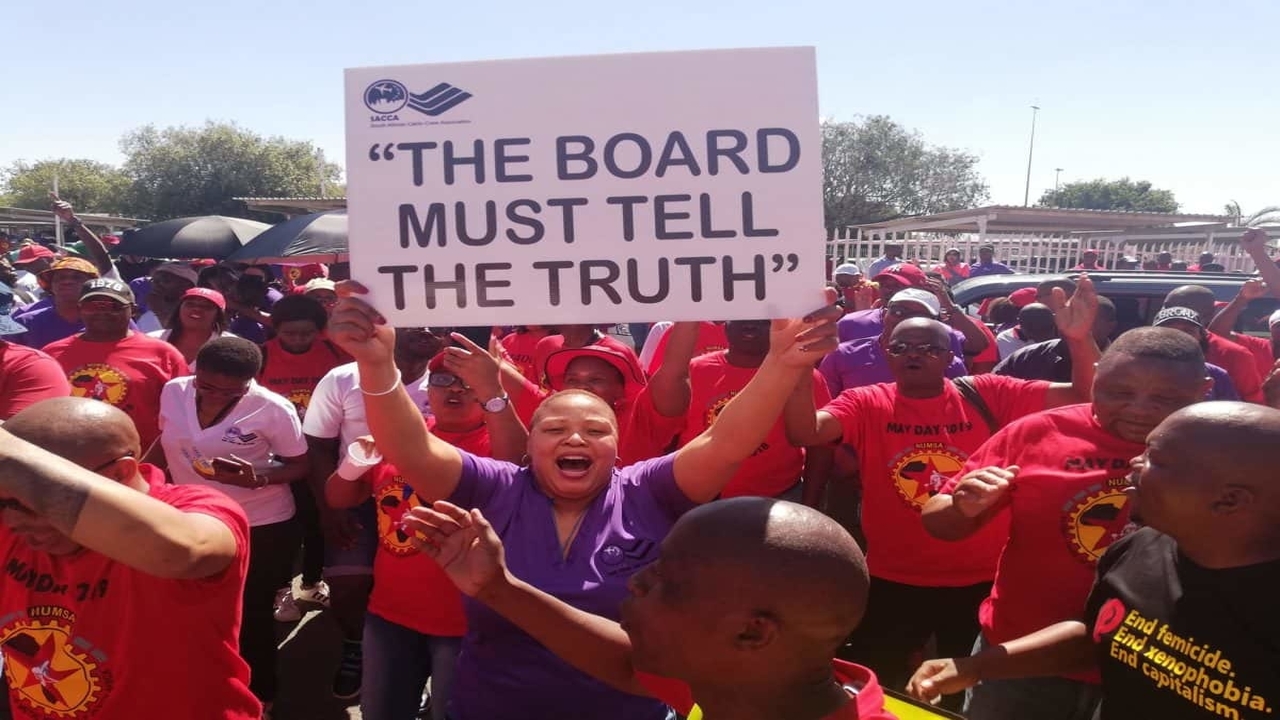 The strike by workers of South Africa Airways began on November 15.

The strike at South African Airways (SAA), which began on November 15, came to an end on November 22, Friday, after the unions and management reached an agreement. The management agreed to a pay hike, a tax benefit in the form of an educational bursary, and to set up a task team to review overpriced contracts given to private companies. The management will also defer the retrenchment notices it had served.

The agreement was reached after a series of meetings mediated by the Commission for Conciliation, Mediation and Arbitration (CCMA).

The agreement was signed between the SAA management and the National Union of Metalworkers of South Africa (NUMSA) and the South African Cabin Crew Association (SACCA). It secures to the workers they represent a total wage hike wage hike of 8%. This was the original demand of the workers.

On a cautionary note, however, the unions have also added that “The salary increase and back pay is subject to funds being obtained by SAA, following the tranche of payment which government, the shareholder, has committed to pay the airline for operational purposes.”

The remaining 2.1% of the 8% hike will be funded from savings that will result from the review of outsourced contracts by a task team, which the SAA management has finally agreed to set up.

The unions argue that private companies, to which services such as security, cleaning, IT, ground-handling and logistics have been outsourced, are making inflated profits. The large payments to these companies are the main reason for the financial distress of the airline, the unions argue.

The SAA is very much capable of undertaking these tasks by itself at much lower costs if it directly employs the workers, the unions have pointed out.

Due to the agitations of the unions, SAA Technical (SAAT), one of SAA’s subsidiaries, was forced to cancel one such contract and insource the workers. It is now saving R11 million every year.

“As a result of our intervention at SAAT, we have already saved them R82 million, and we expect to make further savings for the organization. The Task team will be facilitated by the CCMA and will commence its work in the next 10 days,” according to a joint statement.

Those contracts identified by the task team to be “onerous to the finances of SAA”, will either be “re-negotiated, cancelled or insourced, whichever is the most affordable for the airline.”

This agreement, unions point out, “is not only going to benefit workers, but it will also assist management to run the airline and recover costs. Ultimately, our goal was to get the airline back onto the path of recovery, in order to make it sustainable in the long term and save jobs.”

Further, the unions have also negotiated a tax benefit in the form of an educational bursary for employees earning less than R600,000 per annum. This will allow them to pay school or college fee from their salaries “on a pre-tax basis”, the unions have said. “This will result in employees having more cash in their pockets on a monthly basis, depending on their remuneration package as well as the total cost of educational fees.”

One of the key issues during the negotiations was the retrenchment notices that the company had served on November 11, putting 944 jobs on the line. The management has now agreed to defer these notices until January 31, 2020.

Within that time, an arrangement will be worked out for the employees to participate in a ‘Training Lay off Scheme’ at recognized institutions for a 4-6 month period during which the SAA will pay 25% of their salaries. The remaining 75% will be paid by the department of labor.

With the strike having come to an end, the employees have returned to work. It is expected that the SAA’s flights, most of which had been grounded since November 15, will resume operating in full schedule soon.

Commending the members for “their courage and dedication and for remaining committed to this struggle,” the unions’ statement concludes by saying, “We must leave SAA in a better position than it is in now, and it is our duty to ensure that future generations of workers can benefit from the airline.”