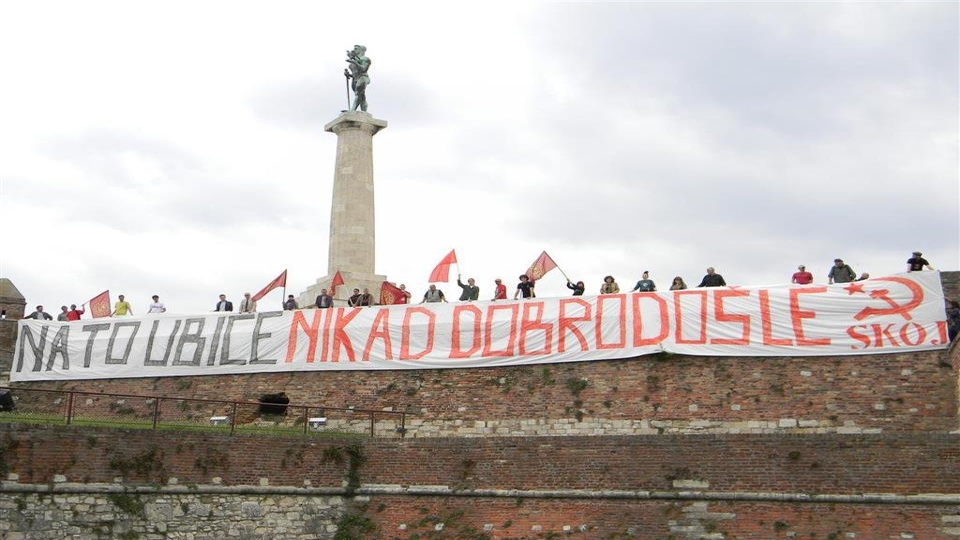 NATO remains unpopular with the Serbs, in both Serbia and in Bosnia's Serb-majority semi-autonomous entity of Republika Srpska (RS).

(Three decades after the disintegration of the Socialist Federal Republic of Yugoslavia, ethnic tensions and conflict still loom large over the region. Whats makes the Balkans unstable? Why is the Kosovo dispute still unsettled? Who is reactivating the ethnic fault lines in Montenegro and why did it take a year for Bosnia to choose a prime minister following general elections? The answer to these questions lies in the fact that certain international players refuse to let the Balkan political leadership settle issues on its own. The intentions behind the ever-increasing interventions of the EU leadership and NATO in the internal affairs of the Balkan countries need to be thoroughly exposed in order to strengthen the states and politics in the region.

Marijan Kubik of the New Communist Party of Yugoslavia writes on these issues.)

The Balkan states encompass a region of great strategic importance, due to which it has been turned into an arena manifest with inter-imperialist contradictions and agendas. The bourgeoisie and associated political forces in the states within the Balkan region also play an active role in these contradictions, and are a part of the problem. Their support is essential for the constellation of imperialistic oppression, which furthers the interests of external powers through exploitation of the Balkan people and resources.

A policy of ‘divide and rule’ has been used to facilitate the creation of new and weak states in the Balkans, or with the situation emerging in Kosovo, protectorates. Imperialist plans and rivalry may again cause bloodshed in the region, therefore, it becomes necessary and an urgent duty for the people to reject and oppose such policies that aim not only to intensify foreign interventions in the region, but also attempt to prop up governments that are servile to imperialist dictates. The establishment of such regimes further deepens capitalist exploitation and binds the Balkan countries to imperialist organizations like NATO and EU.

To counter this, labor solidarity and unity act as an important element that must be further developed among workers of the Balkan countries, already visible in the mobilizations that take place in the region. The Communist Party has a key role to play in disseminating timely information about these mobilizations, and in assisting the communications and overall activities of the trade union forces that struggle against the anti-people measures and provocations by employers.

The logic of bourgeois nationalism and imperialism – which asks communists to desist from proletarian internationalism and class solidarity – lacks substance, as the struggle to overthrow class dominance must be fought against the bourgeoisie of any nationality and in any country.

The anti-imperialist movement needs to be strengthened and broadened in order to repulse NATO plans and remove the imperialist military presence in the Balkans, including foreign bases and troops, and the participation of military forces from the Balkan states in NATO and EU-led missions in other countries like Afghanistan, Iraq, the Persian Gulf, among others.

In Bosnia, the country’s three presidency members said on November 19 that they have finally reached an agreement on the appointment of the Council of Ministers, and on a document to be sent to NATO regarding its membership. This central issue had caused a massive political crisis, crippling the country since the 2018 election.

While Bosnia had agreed to join NATO about a decade ago, presidency member Milorad Dodik’s Alliance of Independent Social Democrats (SNSD) has changed its mind in recent years, refusing to let the country take any steps toward NATO membership.

Meanwhile, the document is reportedly in custody of the presidency members, and it is widely believed that international forces have ordered for its concealment from the public until a confirmation of acceptance is received from NATO.

This document also does not contain the Republika Srpska’s resolution on Military Neutrality, and further adds the stipulation that no institutions lying at lower levels of government can decide on the status of Bosnia’s NATO membership.

In line with neighboring Serbia, Bosnia’s Serb-majority semi-autonomous entity of Republika Srpska (RS) had adopted a Resolution on Military Neutrality in 2017, which opposes membership in any military alliances. The resolution also contains a set of issues related to reforms in the defense and security sectors.

NATO remains unpopular with the Serbs, in both Serbia and Republika Srpska (RS), ever since airstrikes against the Bosnian Serbs were launched by the imperialist alliance during the 1992-95 Bosnian war, and again against the Serbian military in 1999 during the conflict between Belgrade and the ethnic Albanians in Kosovo.

Marijan Kubik is in charge of the international relations of the New Communist Party of Yugoslavia (NKPJ). 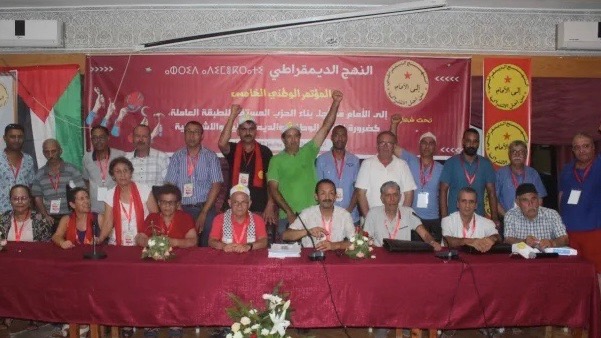