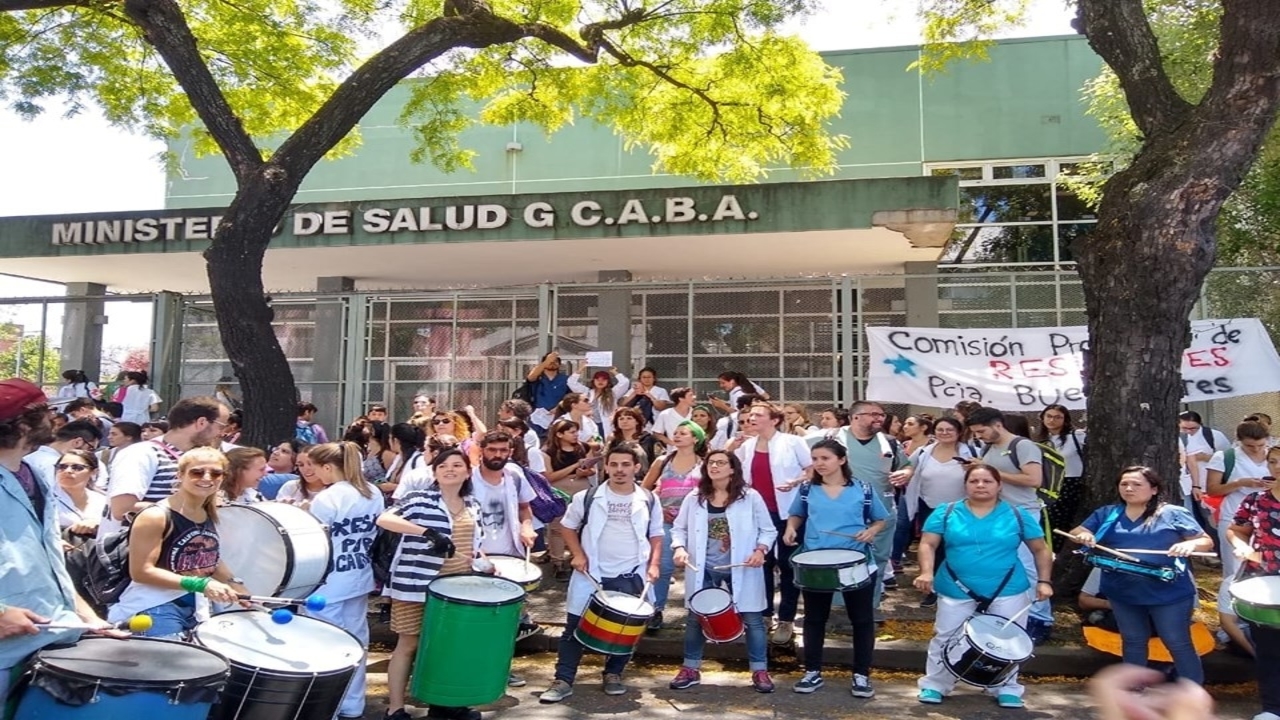 The young Argentine health professionals staged a number of protests in the first week of December against the law. Photo: Photo: Assembly of Residents and Concurrents of CABA.

Thousands of young Argentine healthcare professionals won a victory on December 5, Thursday, when the government withdrew a law that did not recognize them as health workers and promoted their exploitation. The victory came after a massive demonstration held outside the Buenos Aires city hall on December 4.

The protests were led by the Assembly of Residents and Concurrents of CABA.

Following the mass protests, the head of the government of Buenos Aires, Horacio Rodriguez Larreta, moved a resolution in the city legislature that revoked the Law of Residents and Concurrents of CABA. The motion was passed. In addition, Larreta promised to draft a new law after cosulting residents, concurrents and their union.

The law disregarded their status as healthcare professionals and termed them as trainees. It also defined their work in emergency departments as a “continuous intensive training process.” The law set a minimum work duration of 36 hours and a maximum of 64 hours per week, making it unhealthy for both professionals and the people who access their services.

It also took away the right to take part in collective negotiation processes and reduced maternity or paternity leaves from 30 to 14 and stress leaves from 10 to 7. It made marking attendance compulsory, thus guaranteeing a precarious labor force, since it included concurrents, who do not receive salary or other labor rights, but comply with the same practices as residents and other healthcare professionals.

The law was passed on November 28, while on the streets, the doctors protesting against it were repressed by the police. The bill was presented on November 20, one week before it was voted on, without consulting the professionals involved and without enough time for discussion.