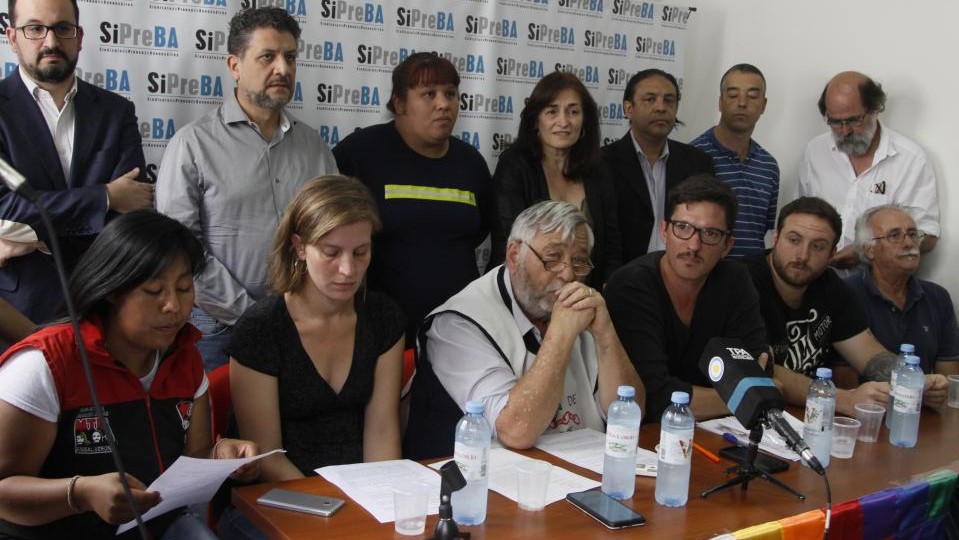 The Argentine human rights delegation presented their initial findings in a press conference in Buenos Aires.

The delegation of Argentine human rights defenders, social leaders and lawyers, that traveled to Bolivia with the objective to observe the human rights situation in the country following the coup d’état, denounced a series of human rights violations by the de-facto government of Jeanine Añez.

On November 30, the delegates held a press conference and presented their preliminary report based on evidence and testimonies gathered during their stay in Bolivia.

The delegation arrived in the country on November 28. During their two-day stay in the country, the delegation visited the capital La Paz and the city of El Alto, which has been the epicenter of anti-coup protests. They met with the victims of human rights violations, interviewed politicians and activists who have been subjected to persecution and recorded their testimonies and denouncements. They also held meetings with members of human rights, Indigenous, peasant and social organizations in order to gain a complete understanding of the critical situation that the people of Bolivia are facing.

However, the delegation could not carry out all the planned activities as they were repeatedly  impeded by the actions of right-wing violent groups. They informed that they were persecuted and harassed, and were prevented from carrying out the proposed tasks. The delegation was also threatened by the interior minister of the de-facto government, Arturo Murillo, who tried to make the delegation seen by society as a destabilizing and violent factor.

Regarding the violation of human rights, they said that they were able to verify the involvement of the de-facto government in the massacres perpetrated in Sacaba and Senkata; the forced disappearance of people; torture, rapes and sexual crimes; the selective persecution of political and social leaders and their families with the preparation of “blacklists”; the repression of public demonstrations; restriction on press freedom; promotion of racism and hate speech; inaction and complicity in covering up crimes by the judiciary; harassment of international human rights brigades and illegal spying operations.

“We have verified that the repressive system set up by the de facto government has caused dozens of deaths, hundreds of arbitrary detentions, thousands of injured people, innumerable cases of pressure, torture, rape and other crimes against the physical, mental and sexual integrity of the victims, who are men, women, children, elderly and members of social groups,” said the delegates.

The delegation also said it had evidence of the “explicit support of foreign governments” in the coup that overthrew democratically elected president Evo Morales. “We have testimonies about multiple contacts of foreign officials with key actors of the coup, particularly with Fernando Camacho,” they said.

The delegates expressed their concern about the difficult situation in which the elections would take place and demanded the participation of external and independent observers to monitor the electoral process. “In the face of this situation, the opening of an electoral process in the next one hundred and twenty days, which implies the recovery of the full validity of democracy and the rule of law in the Plurinational State of Bolivia will only be possible to the extent that the rights that are systematically violated today are guaranteed. In particular, we have received complaints about persecutions of political, social and union activists who report harassment and the absolute impossibility of exercising their right to assembly and any activity necessary for participation in said process. For this, the participation of external and independent observers who monitor all instances of the electoral process will be essential,” they said.

The Delegation will release the final report, in two weeks, detailing each of the violations and cases surveyed.