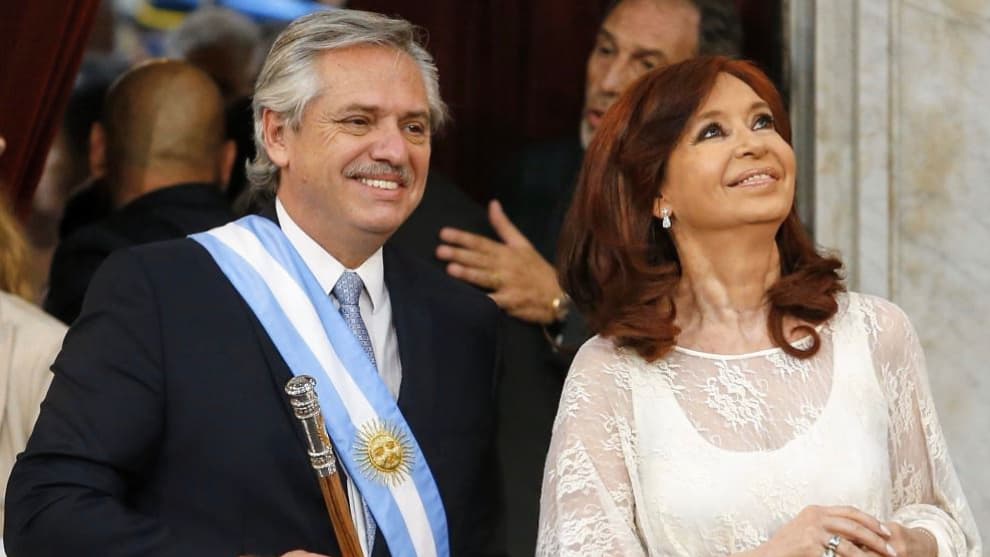 Alberto Fernández and Cristina Fernández de Kirchner of the Frente de Todos Coalition begin their mandate today and the four years of misery under Mauricio Macri have come to an end.

Argentine president Alberto Fernández and vice-president Cristina Fernández de Kirchner of the Frente de Todos (the Front for All), a coalition of center-left parties, was sworn in before the National Assembly on December 10, Tuesday.

In his swearing in speech, Fernández said, “I am here to call on the unity of all of Argentina in pursuit of the construction of a new social, fraternal contract based in solidarity. The time has come to embrace those who are different.”

Fernandez’s assumption of power marks the end of four years of the regime of Mauricio Macri that was characterized by anti-worker and anti-people policies, an increase in repression of social protest, and a shift towards US interests over Latin American integration.

However, the Frente de Todos coalition comes to the government in a difficult national scenario. The new government faces the tough challenge of stabilizing and structurally reforming a country in deep institutional, political, social and economic crises.

Macri’s administrative policies have created an unstable and vulnerable economy. Argentina is experiencing one of the worst recessions in its history. The Argentine peso devalued 566% since Macri took office in December 2015. Unemployment has increased by more than 10% and inflation by 60%, and the cost of basic services of electricity, gas, water and transportation increased by 3600%, 2400%, 1118% and 500% respectively, all contributing to the deterioration of the social condition of the country. Currently, over 40% of the Argentine population lives below the poverty line. Homelessness and food insecurity have hit millions of people which has had an exponential impact on the overall mental and physical well-being of the population, as well as on the functioning of the economy.

In this regard, the change of government gives the people of Argentina a number of reasons to celebrate. On Tuesday evening, the feminist, human rights and social organizations and trade unions, which had been mobilizing against Macri’s anti-people, market-friendly and neoliberal policies, will stage a massive mobilization in support of Fernandez in the capital Buenos Aires. The popular sectors will march to the Plaza de Mayo to welcome the progressive government and to say good-bye to the outgoing president.