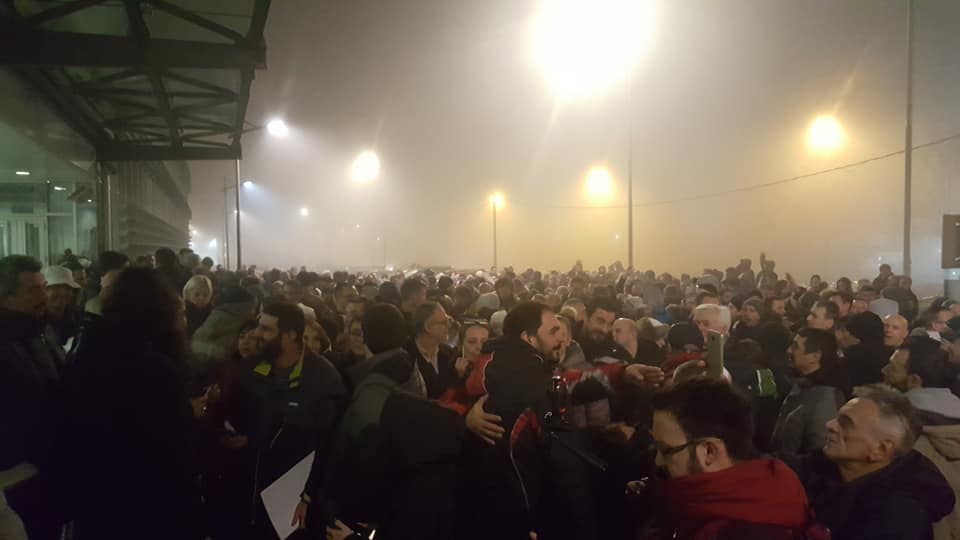 The postal workers’ strike in Serbia has concluded on December 13, Friday, after the postal unions reached an agreement with the government. As per the deal, employees with the lowest wages will get a raise of 16-17 percent while those with higher wages will get 6-7 percent raises.

Mazina reported that the proposal for a salary hike made by the government on Tuesday, December 10, was rejected by the postal workers on grounds of being insufficient. A 13% increase had been offered to the around 12,500 postal employees who fall in the lowest wage bracket. However, after consultations with the striking workers, the unions rejected this offer, insisting that it must be increased to a monthly minimum wage of RSD 50,000 (USD 474) or more. A large number of employees of the Posta Serbia, a for-profit company, currently earn wages just around the national minimum wage of EUR 307.7 (USD 343) per month.

As per reports, more than 200 postal workers protested on Sunday, December 8, in front of the Post Office’s main distribution center in Zemun and on Monday evening workers had blocked the building off. Many post office counters in Belgrade, Kikinda, Zrenjanin and other cities were closed on Tuesday.

Meanwhile, the New Communist Party of Yugoslavia (NKPJ) has extended its full support to the postal employees’ strike and has also appealed to all sections of the Serbian society for the same.

In the aftermath of an earlier postal strike in March, the Serbian government had agreed to constitute a committee to propose salary revisions for the postal workers by the end of November 2019. However, the committee failed in formulating the proposals on time, adding to the distress of the postal workers and leading to the recent strike.

Modi government to repeal farm laws, struggle continues for other demands and other stories