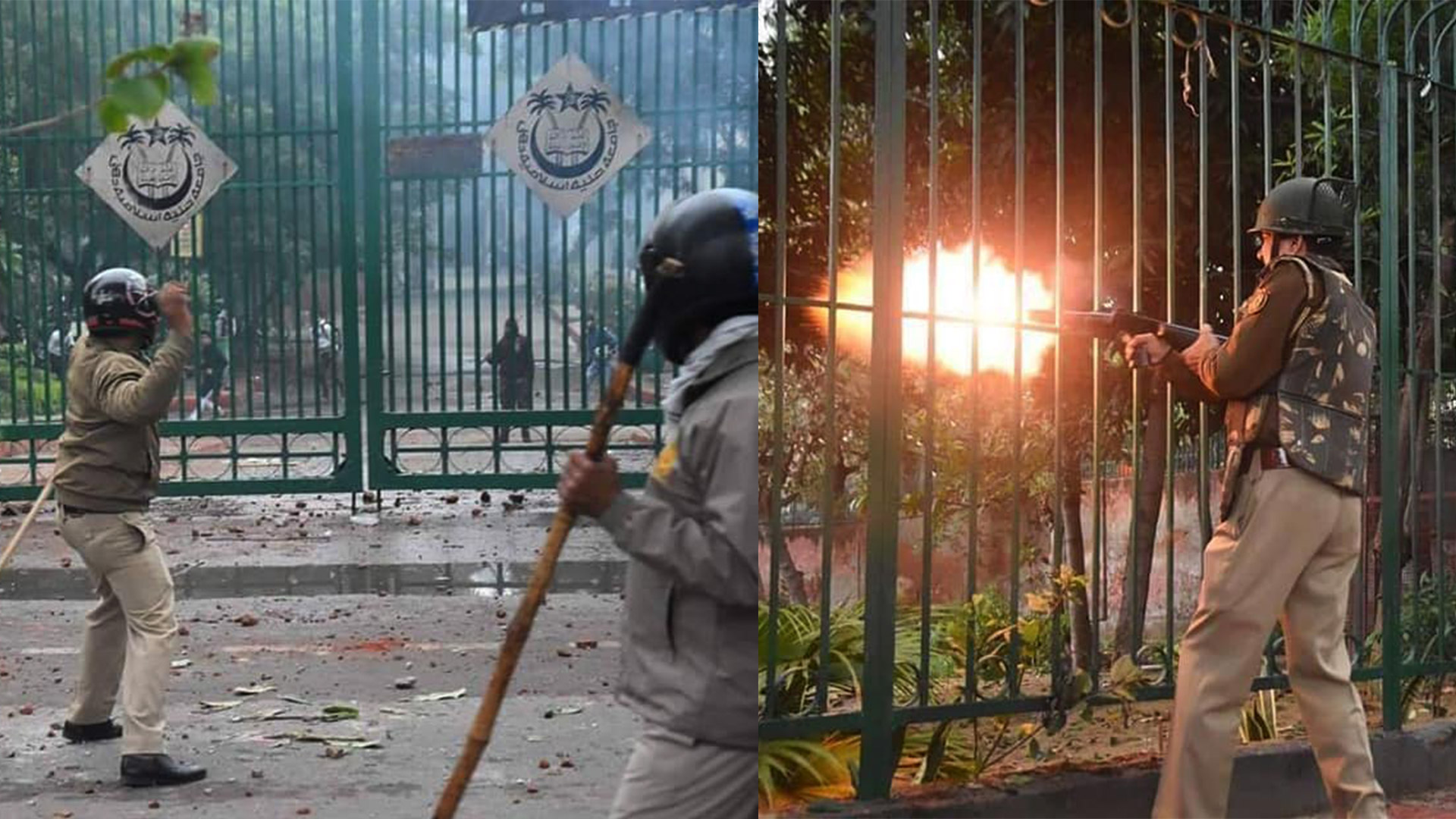 On December 13, the Delhi police unleashed brutal violence against thousands of students and teachers of Jamia Millia Islamia (JMI), attacking them with baton and tear gas. The students and teachers were taking out a march to Indian parliament against the discriminatory citizenship amendment act (also known as CAB), recently passed by far-right Indian government.

The act provides pathway for naturalization to Hindus, Sikhs, Jains, Parsis, Buddhists and Christians from Afghanistan, Pakistan and Bangladesh migrants, but not to Muslim refugees or refugees from other neighbouring countries who may also face religious persecution. The students were also demanding scrapping the proposed pan-India National Register of Citizen or NRC, which would seek to identify undocumented immigrants. The NRC when it was implemented in the northeastern state of Assam has led to more than 1.9 million people excluded from the list. While the government is currently constructing detention camps for undocumented immigrants, the existing ones have been notorious for their inhumane conditions as 26 deaths have been documented so far.

The protests in Jamia university is part of a nationwide popular protest actions against the CAB and NRC, which critics argue is an attempt by the government to create a Hindu majoritarian nation.

On Friday afternoon, police launched a crackdown against the Jamia protesters as soon as they marched out of the university campus. Some of the police personnel were seen throwing stones at the protesters.  The police even entered the campus to thrash students and lobbed tear gas inside the university. According to reports, more than 50 students were detained by police and around 30 students were severely injured in the police action. One student lost part of his hand after a tear gas canister exploded near his hand.

The Delhi police, which comes directly under the control of the central government led by right wing Bharatiya Janata Party (BJP), is notorious for brutality against student protesters.  On December 08 and November 18, police thrashed students of Jawaharlal Nehru University who were protesting against hostel fee hike and demanding affordable education.

According to political observers, despite Delhi police being a law enforcement agency of India’s capital city, it is not only poorly trained but biased to deal with the issue of protests. It is alleged that police have been prejudiced towards protests against the government, beating up and slapping criminal charges against those opposing the far-right and neoliberal policies of the ruling BJP. While the right wing protesters receive police escort, protest by working class and students are received with baton charge and tear gas.

Observers note that, many in the police force, including the top brass think that baton in their hands are a source of power and authority to do whatever they want. The police in Delhi, like in many across India seems more than happy to smash heads with their baton of anyone ‘daring’ to speaking against the government’s unjust policies.