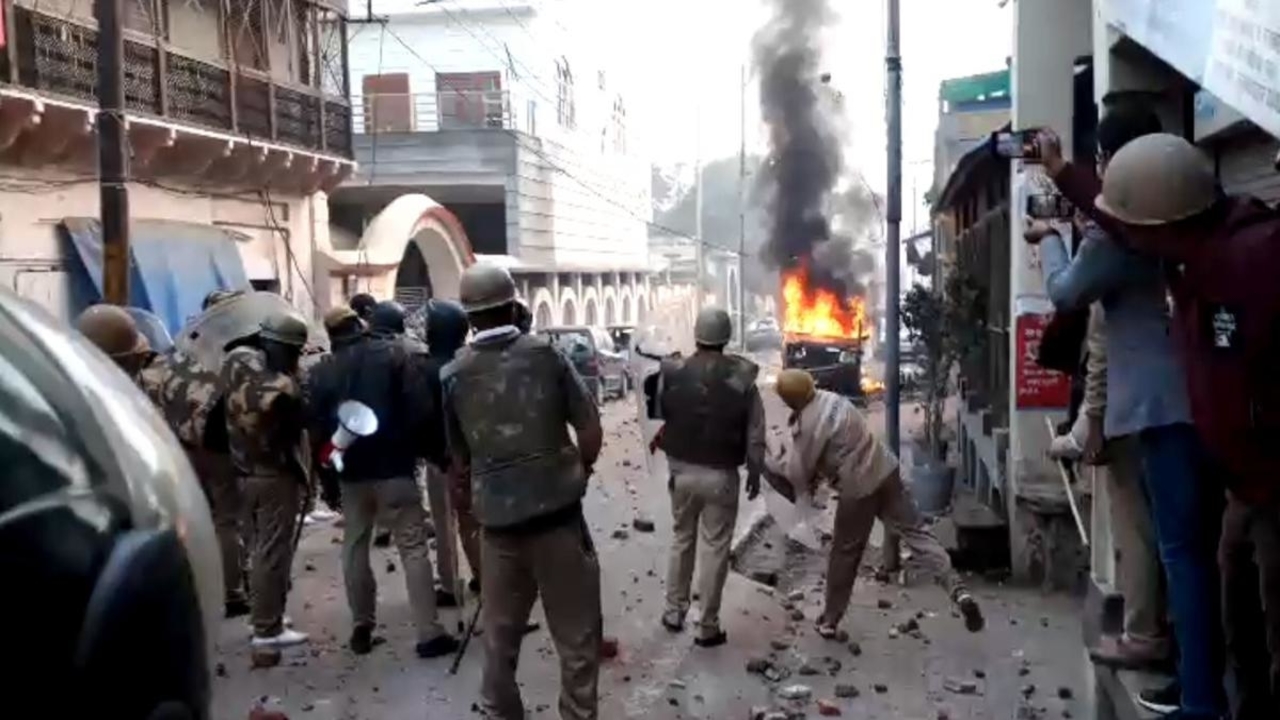 With a rising number of casualties being reported as a fallout of the ongoing nation-wide  protests against the communal Citizen Amendment Act and the National Registration of Citizen in India, the northern State of Uttar Pradesh (UP) has emerged as the worst affected. The densely populated region remains tense as at least 17 people have lost their lives at the hands of the security forces, including an 8-year-old boy. Internet services have also been shut in several parts of the State, along with the heavy deployment of forces, particularly in the western UP.

As per reports, most of the individuals killed were in their early 20s and 30s. The families of the victims have categorically blamed the police personnel for targeting their relatives with an intent to kill. Doctors have also confirmed that most of the deceased were hit over their waist from a close range. In one such incident, two young boys were killed in Muzaffarnagar in western UP, on December 21.

Lawyers protesting against the police brutality have announced that they will file a legal petition before the Allahabad High Court, to highlight the police excesses, who seem to have gone on a rampage at the direction of the Bharatiya Janata Party government in the State, led by Yogi Adityanath.

Lawyers have also decried the internet and mobile services shutdown as an attempt to prevent information from filtering out. As per eyewitness accounts and the number of social media videos that have emerged showcasing the protests, police officials have been revealed to be involved in damaging public property. They have also been accused of detaining scores of protesters without any provocation or basis.

On December 22, a significant number of protesters gathered in Meerut, Kanpur, Rampur, Lucknow and Aligarh, where section 144 of the Criminal Procedure Code (which bars assembly of more than four people at a given place) was imposed, and tried to carry out a protest that ended in a violent confrontation with the police.

Following one of the violent clashes where protesters had gathered in large numbers at Muzaffarabad’s Meenakshi Chowk, the police claimed to have detained 3,000 civilians. However, many activists fear that the detentions last week could far exceed this number, while the police have refused to provide exact details.

Newsclick reported on December 23 that the UP police barged into civilian homes, thrashing people indiscriminately and damaging their property and vehicles. Police pickets have also been set up outside localities largely inhabited by Muslims, including in the capital Lucknow.

While the situation remains highly volatile and tense, chief minister Adityanath, instead of acknowledging the atrocities committed by the police, has stated that his government will take “revenge” against those who are responsible for torching vehicles by confiscating their property as compensation. Meanwhile, citizens continue to come out on the streets to register their protest against the communal policies of the Indian government.

Duterte’s lockdowns falters even as Philippines add over 100,000 new COVID cases in 10 days