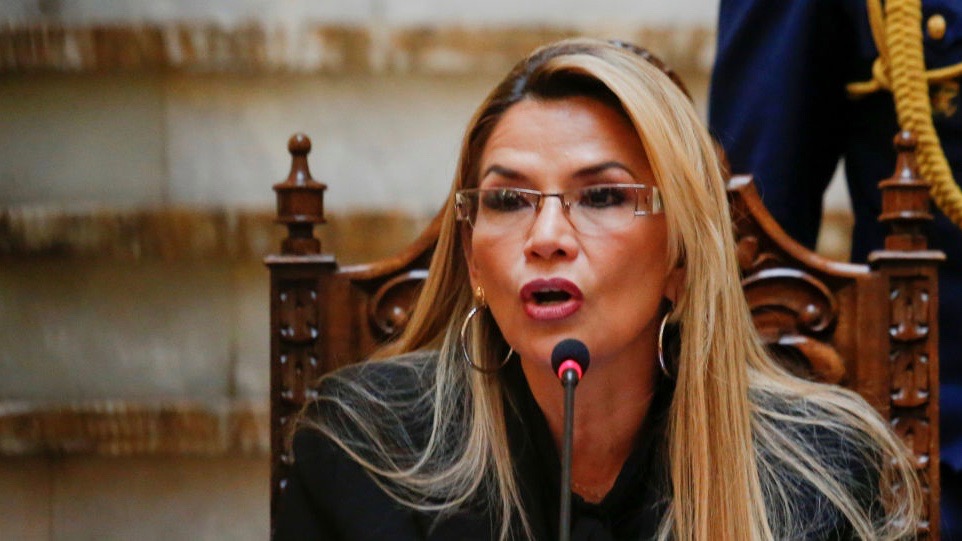 The self-proclaimed Bolivian president, Jeanine Áñez, ordered the expulsion of the Mexican ambassador and Spanish diplomats from the country on December 30. Photo: Reuters/David Mercado

The de-facto government in Bolivia ordered the expulsion of the Mexican ambassador to Bolivia and two Spanish diplomats from the country on December 30. The self-proclaimed president, Jeanine Áñez, at a press conference, called the Mexican ambassador, María Teresa Mercado, the business manager of the Spanish embassy, ​​Cristina Borreguero, and the Spanish consul, Álvaro Fernández, “persona non grata” and asked them to leave the country within 72 hours.

Áñez said that “this group of representatives from the governments of Mexico and Spain have seriously wounded the sovereignty of the people and the constitutional government of Bolivia.”

The interim government of Bolivia has had friction with the government of Mexico since the country granted political asylum to the democratically elected President Evo Morales and Vice-President Alvaro Garcia Linera after the civic-military coup against Morales on November 10. Now, Spain has been involved in this dispute.

On December 27, over 6 Spanish officials went to the Mexican Embassy in Bolivia to verify the situation of the 9 functionaries of Morales’ party, the Movement Towards Socialism (MAS), who sought refuge in the Mexican embassy following the coup. However, at the end of the meeting, Bolivian security forces impeded them from leaving and Mexican ambassador, Mercado, denounced the action.

The Bolivian Foreign Minister of the de-facto administration, Karen Longaric, justified the actions of security forces and accused the Spanish diplomats of entering the Mexican diplomatic mission in a “surreptitious and clandestine manner”, accompanied by armed and hooded men. Longaric said that the act was intended “to facilitate the departure of people who are seeking asylum” in that diplomatic headquarters.

In the press conference, Áñez said that the “hostile behavior, trying to surreptitiously and clandestinely enter Mexico’s residence in Bolivia, challenging Bolivian police officers and citizens themselves, are things that we cannot allow.”

Both Mexico and Spain denied that the visit sought to facilitate the escape of officials of the MAS.

Earlier that week, on December 23, the Mexican government denounced the excessive presence of security forces outside its diplomatic missions, the Mexican Embassy and Ambassador’s residence in La Paz. This act of intimidation by the coup regime was condemned nationally and internationally.

In the last week of November, the coup regime issued arrest warrants for 5 MAS deputies and senators who opposed the coup accusing them of sedition and terrorism. The de-facto government believes that Juan Ramon Quintana, ex-Minister of the Presidency, against whom there is an arrest warrant, is among the 9 people who have taken asylum in the Mexican embassy.

National condemnation of the measure

Morales, who is currently seeking asylum in Argentina after spending a month in exile in Mexico, condemned the expulsion of Mexican and Spanish diplomats from Bolivia and deemed it “an act of contempt of international law”. “The de facto government, in an act of contempt of international law, expels Mexican ambassador and Spanish diplomats, breaks relations with Venezuela, and questions Argentina. The coup plotters seek legitimacy, but only exert violence against brother countries,” tweeted Morales.

MAS also rejected the measure taken by the de-facto government.

The Mexican Ministry of Foreign Affairs branded de facto government’s measure as “political in nature” and instructed Mercado to return to her country to ensure her security and integrity after the expulsion. Yesterday, on January 2, Mercado safely arrived in Mexico.

The Mexican government, through an official statement, named Ana Luisa Vallejo as the head of Mexico’s diplomatic mission in Bolivia, indicating the continuity of diplomatic relations with the country.

Mexico’s President Andres Manuel Lopez Obrador (AMLO) said that he would not fall into “any provocation” and ratified that he would not hand over the former officials of Morales’s government who have been granted asylum at his country’s embassy in Bolivia.

“If we surrender these people we would be ending the right of asylum that is sacred for Mexico, it is part of international law, but in the case of our country, always, even in more difficult circumstances, it has been enforced, it is a matter of principle,” said AMLO.

In response to the expulsion of Spanish diplomats from Bolivia, the acting Spanish government of Prime Minister Pedro Sánchez decided to expel three Bolivian diplomats from their country.

“Spain categorically rejects any insinuation of an alleged will to interfere in Bolivia’s internal political affairs. For Spain, any claim in this regard constitutes a slander aimed at damaging our bilateral relations with false conspiracy theories,” said the Spanish government said in an official statement.

Sergio Choque, the president of the Chamber of Deputies of Bolivia and a leader of the MAS, expressed his concerns about the escalation of tension between Bolivia and Spain. “We urge Ms. Áñez to retake her position on the expulsion of Spanish diplomats, this could cause damage to the relations between the two countries, Spain provides shelter to many compatriots in its territory, collaboration with this Republic has been important,” he wrote in a tweet.

Since the coup against Morales, the illegitimate government of Añez has sought to destroy the foundations on which the Plurinational State of Bolivia was forged. It has made sharp policy shifts away from Morales’ socialist government, breaking ties with left-wing allies in the region. The re-establishment of relations with the United States and Israel, suspended more than a decade ago, and persecution of Cuban doctors and Venezuelan diplomats are clear examples of this. 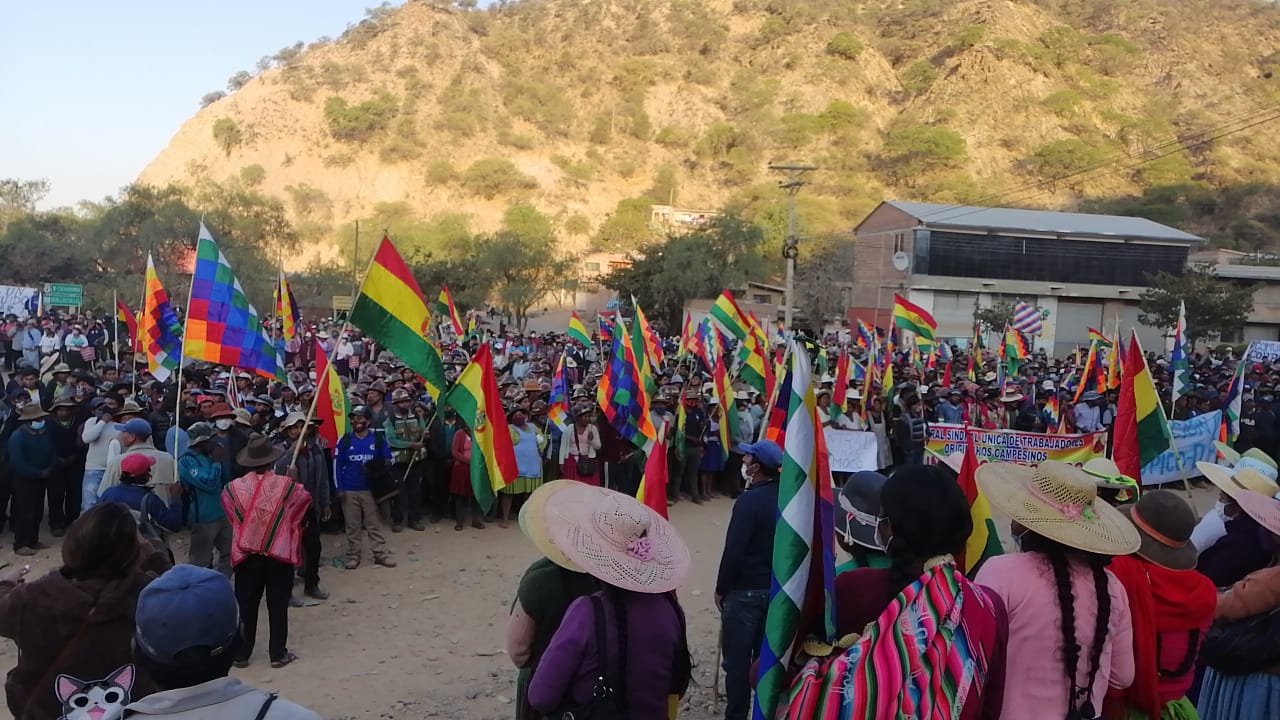 Bolivia for the record: the people speak pt. 2 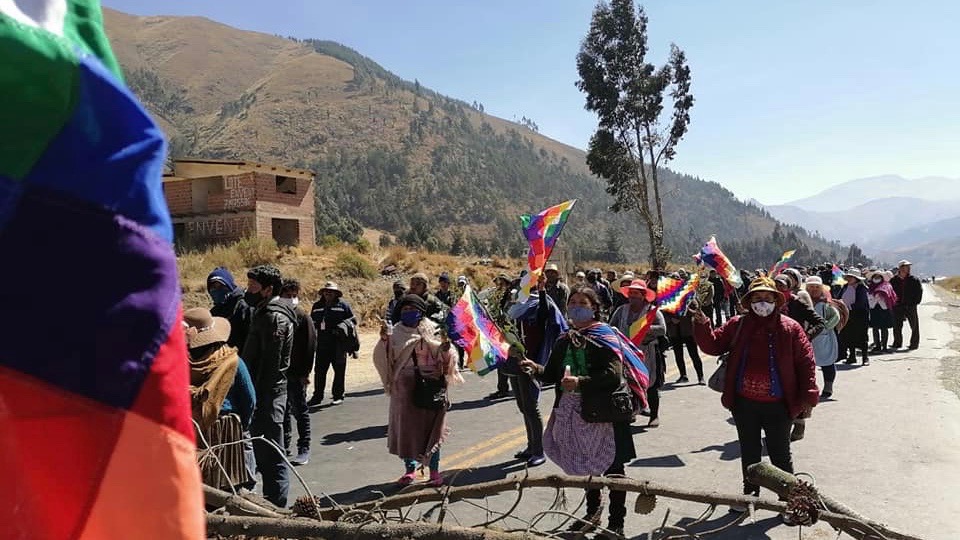 Bolivia for the record: the people speak