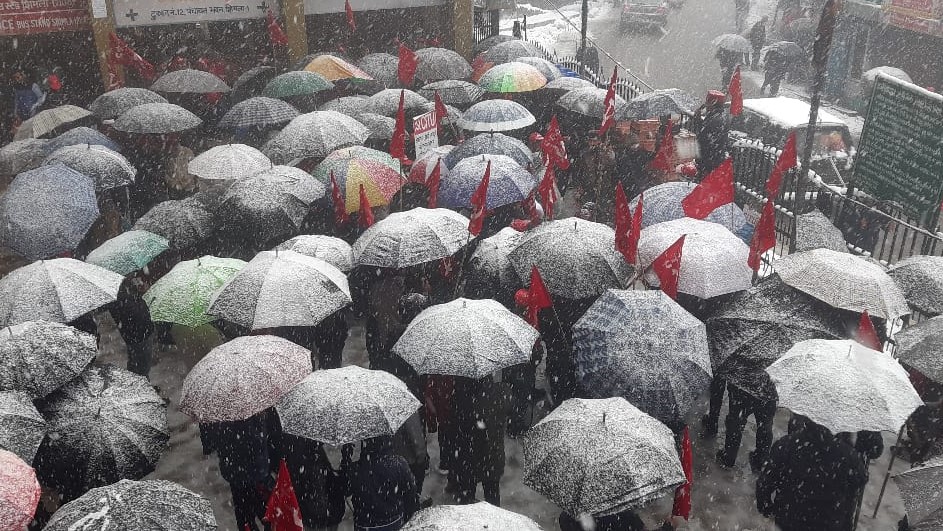 Workers participate in strike in Himachal Pradesh despite heavy snowfall

On January 8, India witnessed its biggest workers’ strike, as an estimated 250 million people participated in the call given by 10 trade union federations and smaller trade unions. The strike came at a time when much of India has been protesting against the right-wing Bharatiya Janata Party (BJP)-led government of prime minister Narendra Modi and their policies geared towards a Hindu nationalist and neoliberal transformation.

The countrywide general strike was also joined by over 200 civil society groups, farmers’ movements and students’ organizations, bringing together a kisan–mazdoor-naujawan (farmer-worker-youth) coalition. This coalition that progressive and mass movements have been working towards has been positioned as the main axis of resistance against the BJP and associated fascist groups, including the parent organization Rashtriya Swayamsevak Sangh (RSS).

The January 8 strike is a culmination of months of grassroots organizing, after it was called in September 2018. However, the political developments over the past month or so have brought about wider public engagement with working class struggles in coalition-building efforts. The government’s attempts to push through a divisive and sectarian citizenship bill, the indiscriminate police violence on university students and citizens, and attack of fascist groups associated with the ruling party, among other things, has pushed Indians to participate in numbers greater than what was expected.

Workers across India have been resisting the neoliberal and anti-people policies of the current government. The resistance intensified as the Indian economy has witnessed one of the steepest price hikes in history, a record unemployment rate and a major economic slowdown, coupled with the massive swindling of public wealth by India’s billionaires. Meanwhile, the government is actively working to weaken labor laws in the country.

Workers have put forward demands that include prevention of privatization of public sector companies, a living wage law along with a comprehensive pensions and benefits code, a universal recognition of the right to unionization, and protection of all the advances in labor rights made in the country in the form of the existing labour codes and laws.

Here’s a look at what shape the strike took in different parts of the country. Railway lines were blocked in State of West Bengal. Blocking roads and railways was a common strategy employed in several places as part of the picket Workers in Mansa, Punjab mobilizing in the January 8 strike. 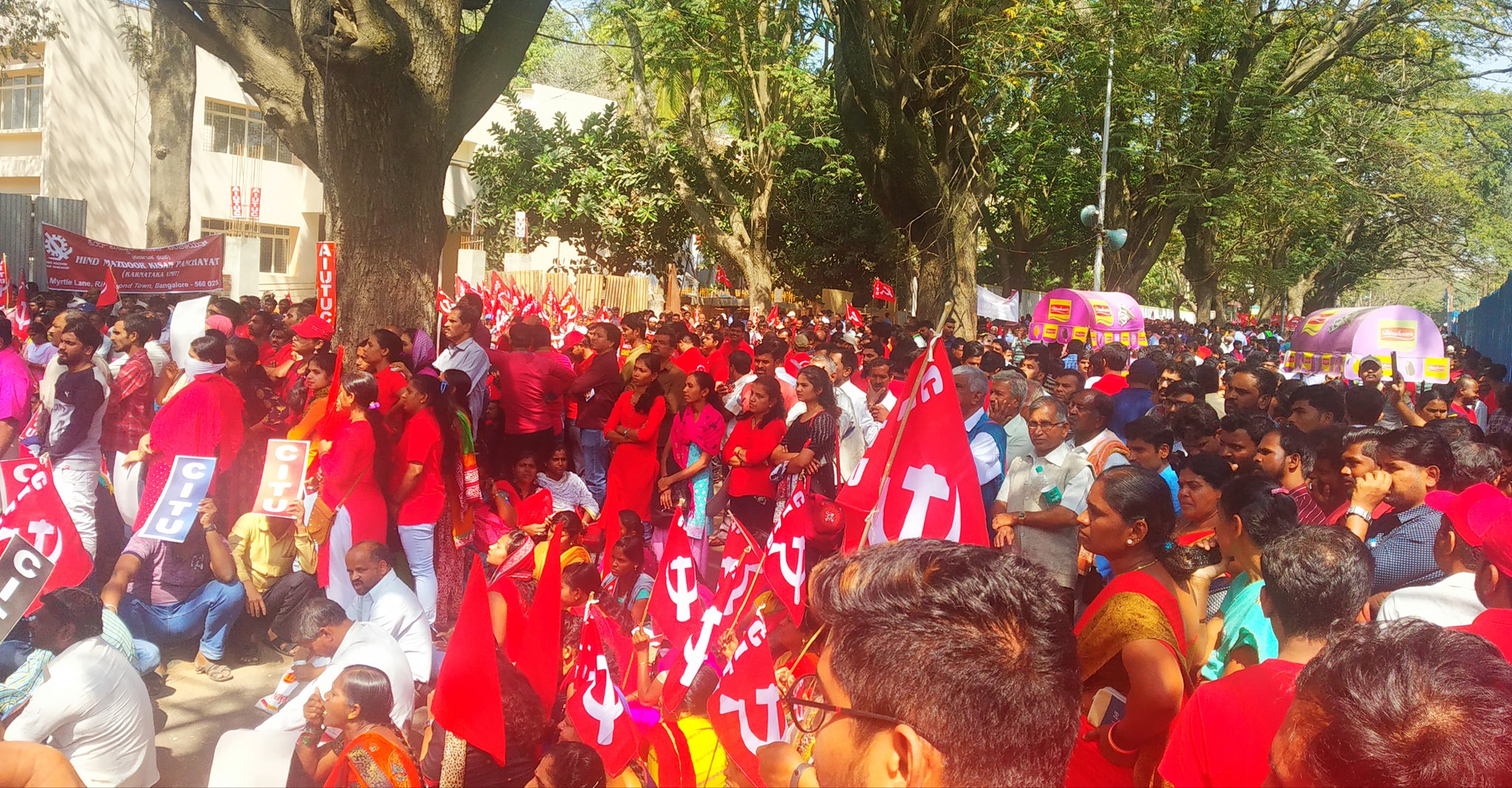 Bengaluru saw a massive show of force as a cross-section of workers participated in the strike. 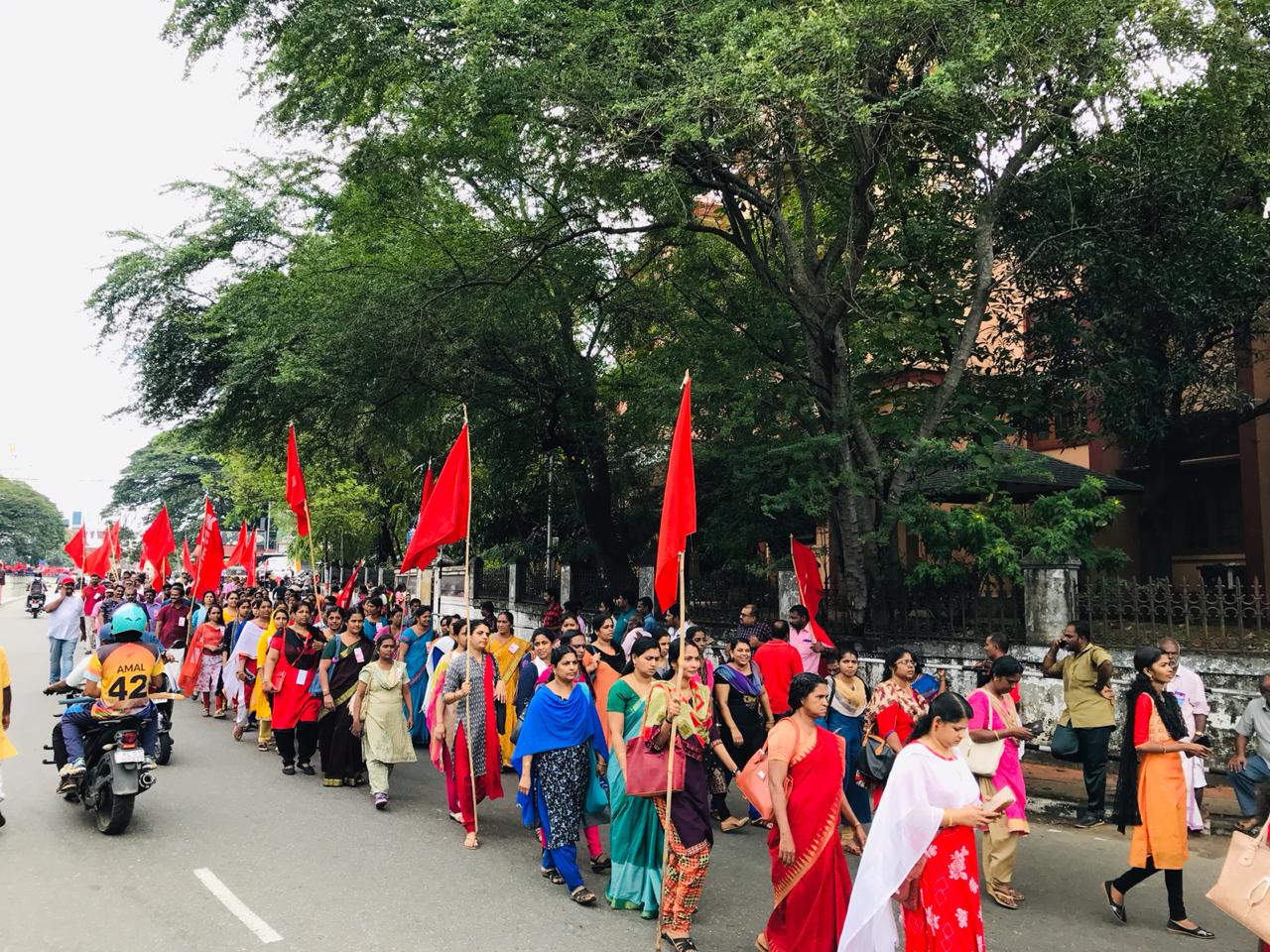 In Thiruvananthapuram in the State of Kerala, a bastion of the left, workers take out a march as part of the All-India General Strike. 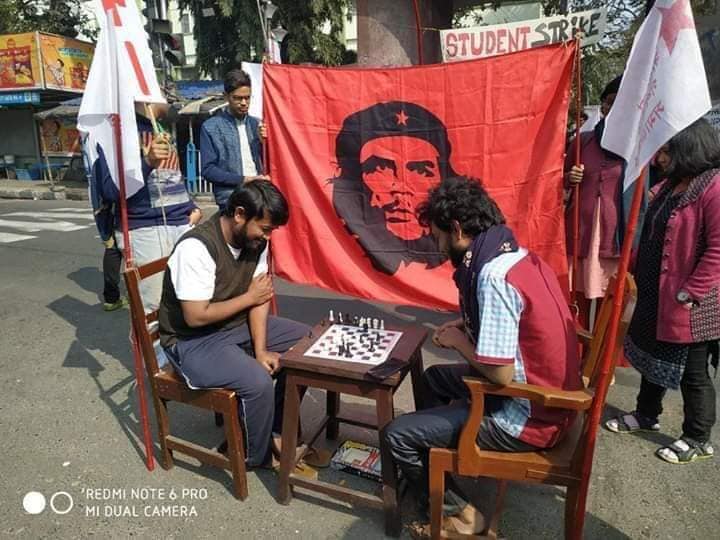 Students also participated in massive numbers. Students from several universities and colleges across the country boycotted classes and organized protest rallies in support of the workers and their demands.