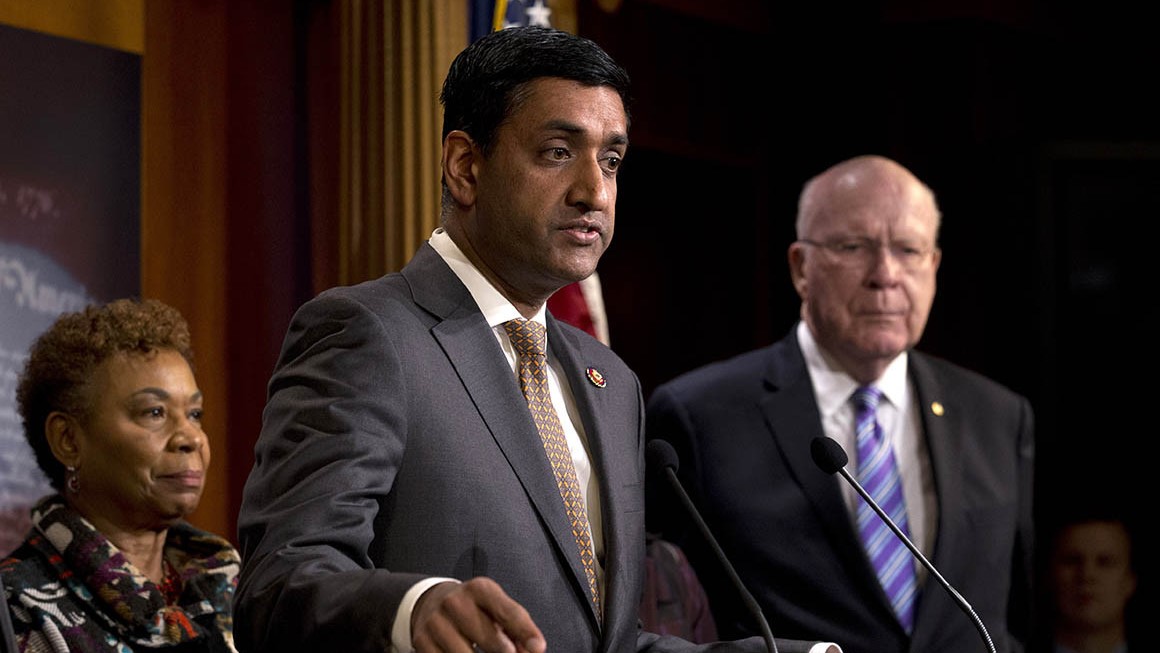 Rep. Ro Khanna, D-Calif one of the authors of the one of the measures. Photo: Jose Luis Magana/AP Photo

The US House of Representative passed two separate resolutions yesterday on January 30 restricting President Donald Trump’s war powers. The first of these resolutions revokes the Congressional Authorization for the Use of Military Force against Iraq and was passed by the house by a vote of 236-166. The Trump administration used the 2002 authorization as legal basis for the assassination of Iranian General Qassem Soleimani in Baghdad on January 3.

The second resolution restricts the government’s use of federal funds for an act of war against Iran without congress declaring the same. The resolution was passed by 228 votes in favor and 175 against.

On January 9, the House had passed a resolution asking Donald Trump to seek Congressional permission before carrying out any measure against Iran in the backlash of the assassination of Soleimani.

All three resolutions need majority approval in Senate to become effective, and given the Republican majority in the Senate it will be challenging. Trump has already announced that he will veto any such bill.

As per the War Powers Act, passed in 1973, which also responded to the unchecked use of military force by the US government, if there is no congressional Authorization for the Use of Military Force or a declaration of war by the country, the president must notify Congress within 48 hours of committing armed forces to military action. After this notification is sent, the military action must end after 60 days and it gives an additional 30 day period for withdrawal.

In 2001, a week after the September 11 attacks, an Authorization for the Use of Military Force was passed which gives a blanket right to the government to use military force against all those who “planned, authorized, committed or aided” the attacks or whoever helped said people or groups. This authorization and the subsequent declaration of the “War on Terror” permitted the Bush administration and successive US administrations to take military actions against more than 50 countries.

The 2002 authorization that the House seeks to revoke, is a joint resolution that was passed by the US Congress to authorize the use of military force against Iraq which “poses a continuing threat to the national security of the United States,” but the resolution makes no mention of Iran.

Meanwhile, Pentagon has sought permission from the Iraqi government to deploy the Patriot Missile Defense system in all the bases where US soldiers are located. This is despite the fact that Iraqi parliament passed a resolution on January 5 asking the government to initiate the process of the withdrawal of all foreign troops from the country.

The resolution came in response to the assassination of Soleimani in Baghdad which was in direct violation of Iraq’s sovereignty and converted the country into the battle ground between the two countries. Iran had retaliated to the assassination by launching missile attacks on January 8 on Iraqi camps housing US soldiers causing “traumatic brain injuries” to around 50 US soldiers and vowed to force all the US forces to leave the region.