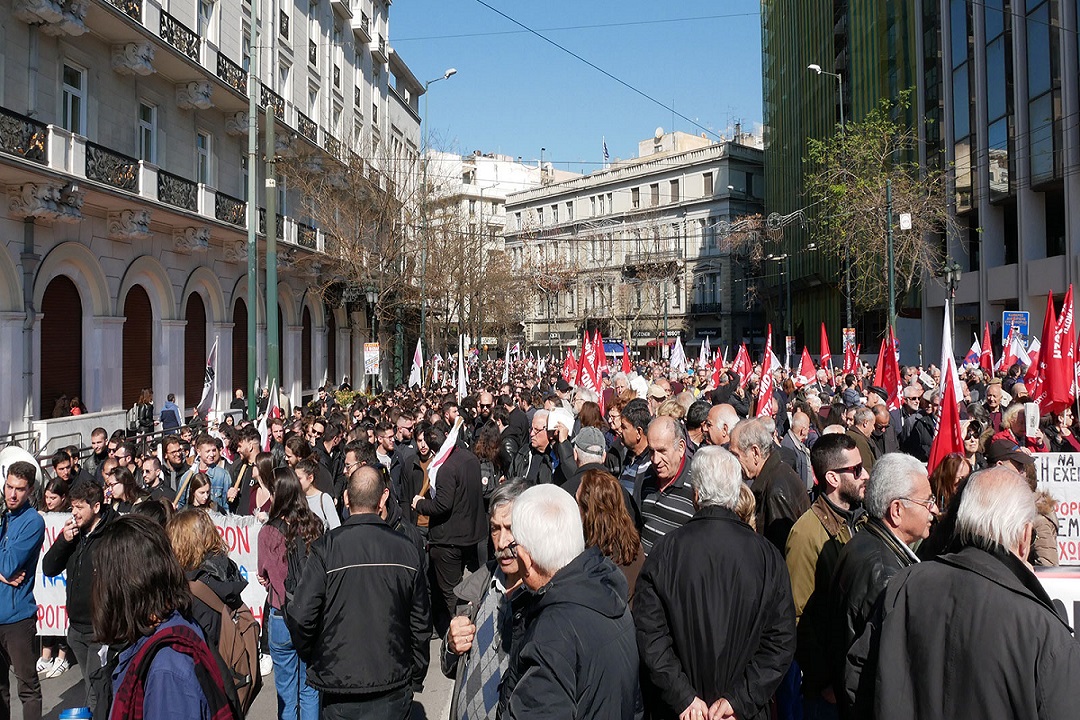 Major trade unions in the country, especially the All Workers Militant Front (PAME), gave the call for the strike against the social security bill.

Workers across Greece took part in a massive national strike on February 18, Tuesday, in defense of social security. Major trade unions in the country, especially the All Workers Militant Front (PAME), gave the call for the strike against the social security bill tabled by the conservative New Democracy (ND) government in the Greek parliament on Monday.

According to reports, tens of thousands marched in Athens alone and major mobilizations took place in around 60 centers across the country. Political parties, including the Communist Party of Greece (KKE), and various youth and student groups expressed solidarity with the strike and joined the mobilizations.

The bill tabled by labor minister Yiannis Broutsis calls for privatization of social security, huge cuts on principal and subsidiary pensions and benefits, and for raising the retirement age to 67. The bill has been described as an updated version of the proposals made by Georgios Katrougalos of the erstwhile Syriza-led government in 2016.

KKE general secretary Dimitris Koutsoumpas said, “The ND government will pay very dearly for the further demolition of the social security system, as PASOK and SYRIZA paid for it before. Because the Greek people do not forget, they are organized, victorious.”

PAME said that the aim of all governments over time is to free the capitalists and their state from the “burden” of employee insurance, either by reducing “employer” contributions or by gambling on insurance funds and promoting private insurance. That is why the ND government, faithful to the orders of the business groups, pushes this anti-insurance law.”

Various trade unions across Europe, including USB Italia and sections of CGT in France, expressed solidarity with the Greek workers.