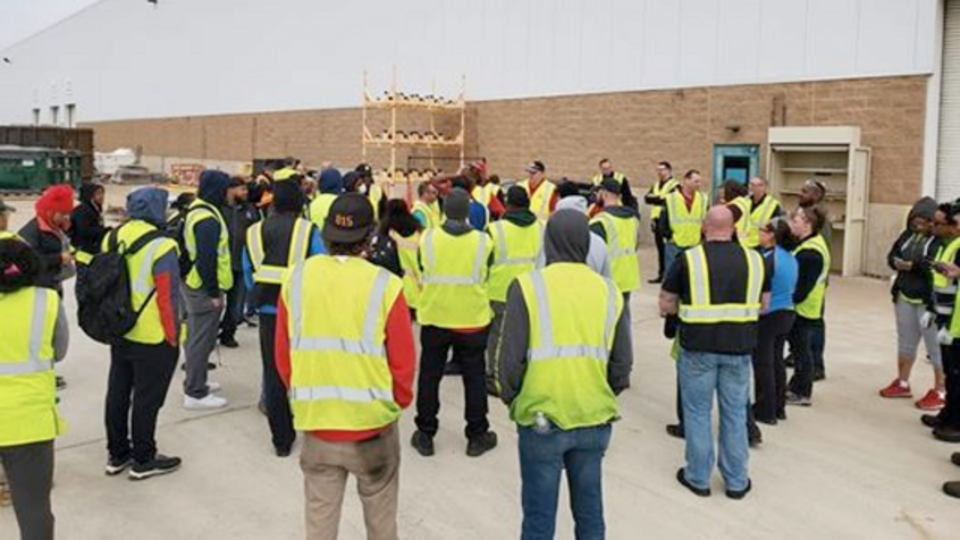 Fiat Chrysler production units in the US States of Michigan and Ohio began a strike on March 18. Photo: WSWS

Major North American car manufacturers have announced the halting of all production till the end of March. The announcement came on March 18, after workers threatened multinational strikes across north America and in some cases, began action over safety concerns amid the coronavirus pandemic outbreak. Fiat Chrysler, Ford and General Motors are among the large car manufacturers that have announced a halt in production.

Workers at Fiat Chrysler production units in the US States of Michigan and Ohio had already began a strike on March 18, forcing an effective shutdown. Workers also went in defiance of their union representatives of the United Auto Workers, who released a statement claiming that the factories were “safe” to work in.

Similar strikes were called in Ford Motors and General Motors in the region. This was one of the several workers’ actions taken across sectors, in defiance of corporate managements who have been reticent about letting workers stay home during a pandemic.

On March 17, in Canada, the Toronto Transit Commission (TTC) faced a major strike from tramway sanitation workers. The workers, who have been demanding that the transport authority take up measures to maintain a safe working environment, refused to work until their demands were met. The TTC, which maintains Toronto’s trams, had to face disruption for several hours because of the strike.

In the US itself, fast-food workers in Florida have stayed at home after the state reported more than a 100 cases. Hourly-wage and gig economy workers in California have demanded that the government step in to protect the workers, and also take measures to prevent wage loss due to social distancing and quarantines.

Across the US, the number of reported cases have soared over 9,400 and in Canada, the numbers have reached over 700. Hourly-wage workers are among the worst affected during the outbreak, as they stand to lose their wages and even jobs, if they do not show up for work.