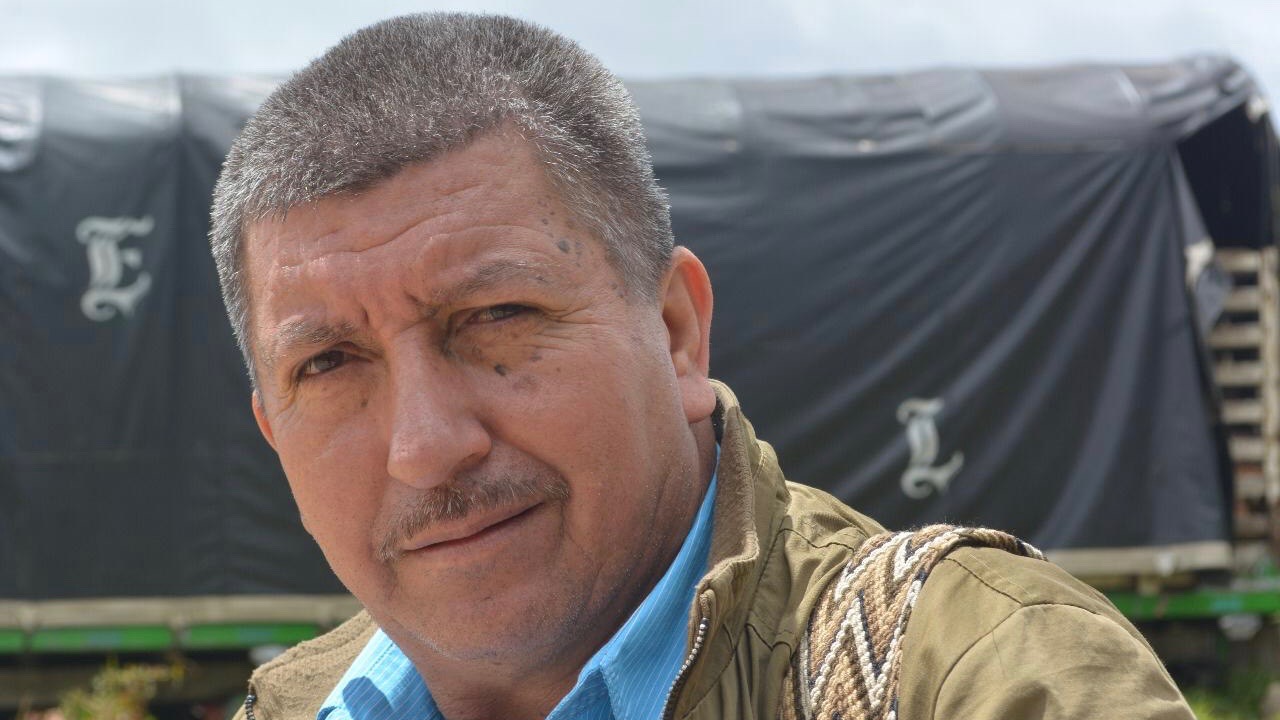 Marco Rivadeneira was a recognized social activist and political leader of the Southwest region of Colombia.

On March 19, the Human Rights Network of Putumayo; Piedmont, Cauca; and Cofanía Jardines de Sucumbíos, Nariño, reported and denounced the murder of Marco Rivadeneira, a recognized social activist and political leader of the Southwest region of Colombia.

Marco was participating in a meeting with peasant leaders in a neighborhood in the municipality of Puerto Asís, in the Putumayo department. At around 2:30 pm, three armed men barged into the meeting and forced Marcos to leave with them. According to a statement by the regional human rights organization, “about half an hour after this happened, news arrived that he had been assassinated.”

Marco was a member of the National Board of the National Agrarian Coordinator (CNA), one of the largest peasant organizations in Colombia which is part of the platform of social movements Congreso de Los Pueblos (People’s Congress). He was also the president of the Puerto Asís Peasant Association (ASOPUERTOASÍS).

These social organizations as well as several other national and international human rights and Indigenous organizations have strongly condemned Marco’s murder. The organizations demand that the national government take immediate actions and guarantee the security of other social leaders, especially those who accompanied Marco in the meeting.

The CNA rejected Marco’s assassination and held the State responsible for his murder. “We reject the assassination of our member Marco Rivadeneira and the actions spreading terror and dirty war that seek to further displacement and dispossession in the territories. We hold the Colombian State responsible for the murder and demand an end to the dirty war against social leaders, as well as the capture and exemplary punishment for the material and intellectual authors of his murder,” said the CNA in a statement.

Congreso de los Pueblos requested that the far-right government of President Iván Duque “prevent violations of human rights and take the necessary measures to investigate, identify, judge and punish those responsible for their action or omission, or take corrective measures of an administrative or political nature to prevent these crimes from continuing.”

Marco worked for over 15 years as a leader of peasant and social organizations in the region. For the last year, he had been participating in the dialogue table between the cocaine growers of the Puerto Vega Teteye corridor and the national government, demanding crop substitution guarantees for them. The communities of Putumayo are on the front-lines of the conflict between different armed groups fighting for territorial control. The region has historically been one of the most important coca crop producers and is also strategically important as it lies in the corridor to the Pacific ocean. Efforts by local communities to shift their production and economic activity away from coca production have been met with extreme violence. Dozens of leaders involved in crop substitution programs have been assassinated.

Social and human rights organizations have been denouncing the administration of far-right Ivan Duque over its complicity in this phenomenon and have demanded that his government implement measures to protect the people who fight for the rights of the most impoverished and marginalized sectors of the society. His administration has yet to take serious action and continues to ignore the demands of the masses in Colombia.