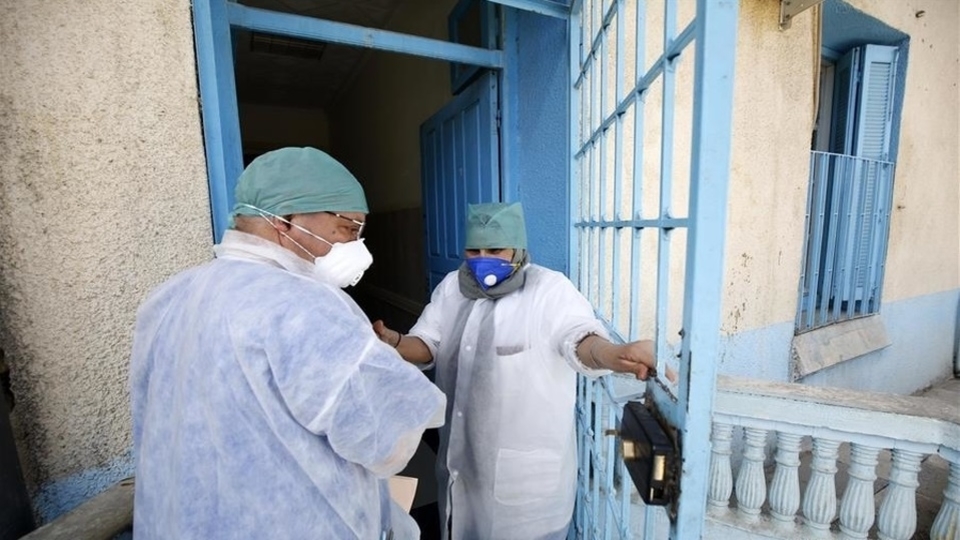 Medical staff at a hospital in Blida province which has seen the highest number of COVID-19 cases in Algeria. File Photo

As many as 65 new cases of COVID-19, including 4 deaths, were reported in Algeria on March 26, Thursday. This takes the total number of cases to 367.  As many as 25 people have died due to the disease so far. Algeria has become one of the hotspots of the disease in the region.

With its close links and proximity to Europe, Algeria was the second country on the African continent to report COVID-19 cases. On February 25, an Italian national who had entered Algeria on February 17 tested positive.

A number of other cases that were confirmed in the beginning of this month were traced to those who had traveled from Spain and France. On March 12, the first death due to COVID-19 was reported at a hospital in Blida province. By then, the total confirmed cases had risen to 25.

Algeria has been witnessing weekly pro-democracy protests every Friday over the last year, sometimes drawing millions to the streets. These were suspended for the first time on March 20, by when a total of 10 people had succumbed to COVID-19 in the country.

Leaders of the protest movement, including imprisoned human rights activists and lawyers, had urged the demonstrators to not hold any public gatherings and cooperate with the government’s efforts to contain the spread of the pandemic.

After five more deaths, health minister Abderahmane Benbouzid declared on March 22 that the country had “entered the third phase of the coronavirus epidemic and, therefore, we must prepare for the worst.”

The next day, president Abdelmadjid Tebboune ordered a complete lockdown of Blida province. Lying 45 kilometers southwest of capital Algiers, this province has become the COVID-19 epicenter within the country, with almost half of all the confirmed cases concentrated here. Of the total cases, 176 are in Blida.

The next highest number of cases are in the province of Algiers (55). A partial night-time lockdown has been imposed in this province from 7 pm to 7 am. Travel restrictions had already been in place since mid-March, which have been followed up with a ban on gatherings.