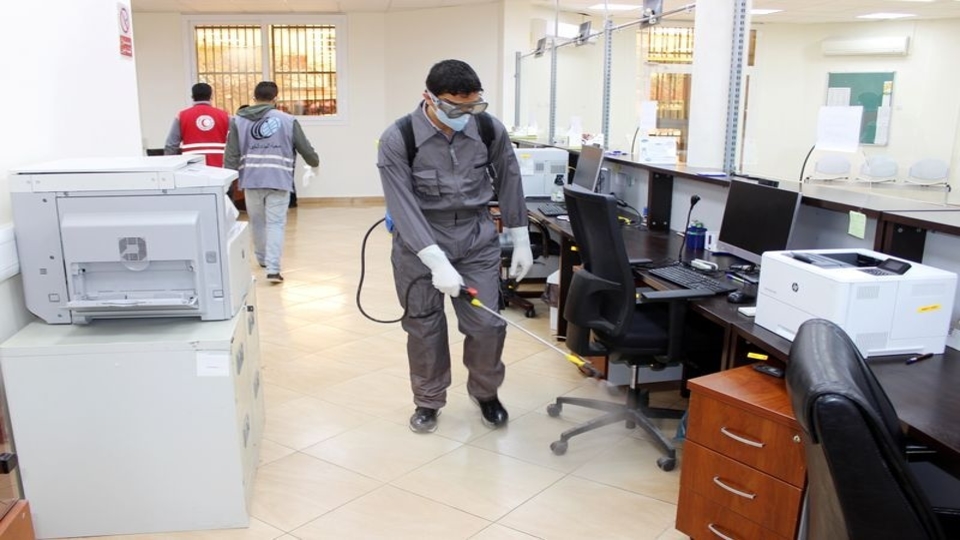 As the spread of the COVID-19 pandemic accelerates in Africa, war-torn Libya confirmed its first positive case on March 25. The 73-year-old man who tested positive for the disease had returned from a trip to Saudi Arabia via Tunisia on March 5.

It is not clear if the man was infected in Saudi Arabia, where five cases had been confirmed as on March 5, or in neighboring Tunisia where only one case was confirmed at the time.

According to the Libyan National Center for Disease Control, the patient is now stable and is receiving treatment for cold and cough in isolation at the Central Hospital in capital Tripoli. The people he came in contact with have also been quarantined in their homes under the supervision of medical personnel. 26 different samples have been collected from each of them for testing.

The head of the WHO mission in Libya, Elizabeth Hoff, had commented earlier in the day, just before the first case was confirmed, that the healthcare system in Libya was “close to collapse before you get the coronavirus.” The country is facing a severe shortage of testing equipment, protective gear and medical personnel, along with the money required to pay for them.

The economic resources and infrastructure needed to deal with such an outbreak had already been wrecked by years of civil war.  However, matters have been made worse by the loss of oil revenues due to the blocking of oil ports by the Libyan National Army (LNA) of general Khalifa Haftar which controls the eastern part of the country from where it runs a parallel government. Libya’s state National Oil Corporation (NOC) revealed yesterday that the blockade has led to losses exceeding USD 3.5 billion since January 17.

The Johns Hopkins Center for Health Security’s Global Health Security Index has placed Libya 168th among 195 countries in its ranking of countries according to their ability to handle a health crisis.

Libya descended into chaos following the overthrow of Muammar Gaddafi after an intervention by NATO in 2011. The internationally recognized Government of National Accord led by Fayaz al-Sarraj controls only a small portion of the country around the capital of Tripoli and the city of Misrata. The GNA is recognized by the UN and supported by the US, Turkey, Algeria and Italy whereas Khalifa Haftar are backed by several regional powers such as Saudi Arabia, UAE and Egypt. The two sides signed a ceasefire in January but Haftar withdrew from it immediately after.