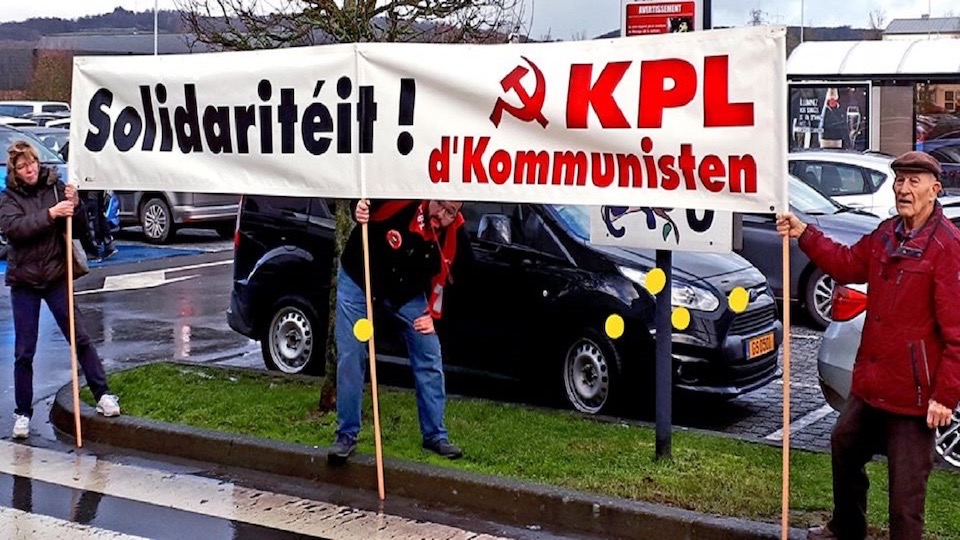 The Communist Party of Luxembourg (KPL) has listed several pro-worker demands before the government.

Communists and progressive sections in Luxembourg are demanding the government to adopt adequate measures to aid the working class in the wake of the COVID-19 pandemic. The Communist Party of Luxembourg (KPL) has demanded that the government immediately undo a new labor regulation introduced in essential sectors, allowing 12 work hours per day and 60 per week. The regulation came into effect on April 1 as a strategy to tackle the COVID-19 emergency. KPL has also demanded that all part-time workers be paid 100% of their salary instead of 80% as offered by the government.

The party has called for a moratorium on repayment of loans during the crisis period and the freezing of the housing rents by law. It has additionally requested the government to discontinue the funding of any military activities and to refrain from participating in all EU militarization programs.

In an editorial in the Saturday edition of Zeitung vum Lëtzebuerger Vollek, KPL chairman Ali Ruckert called “the “national solidarity” proclaimed by the state over the COVID-19 crisis as sheer hypocrisy. He alleged that “the government which has no money to pay part-time workers 100% of wages has got enough money to increase spending on a military satellite overnight from 170 to 350 million euros.”

“Why should you trust a government that commits such outrageous acts, especially since the flaws in government policy in recent years have become even clearer in the crisis?” Ruckert added.

As of April 6, over 2,800 people had contracted COVID-19 in Luxembourg, leading to 36 deaths. Prime minister Xavier Bettel declared a state of emergency on March 17.