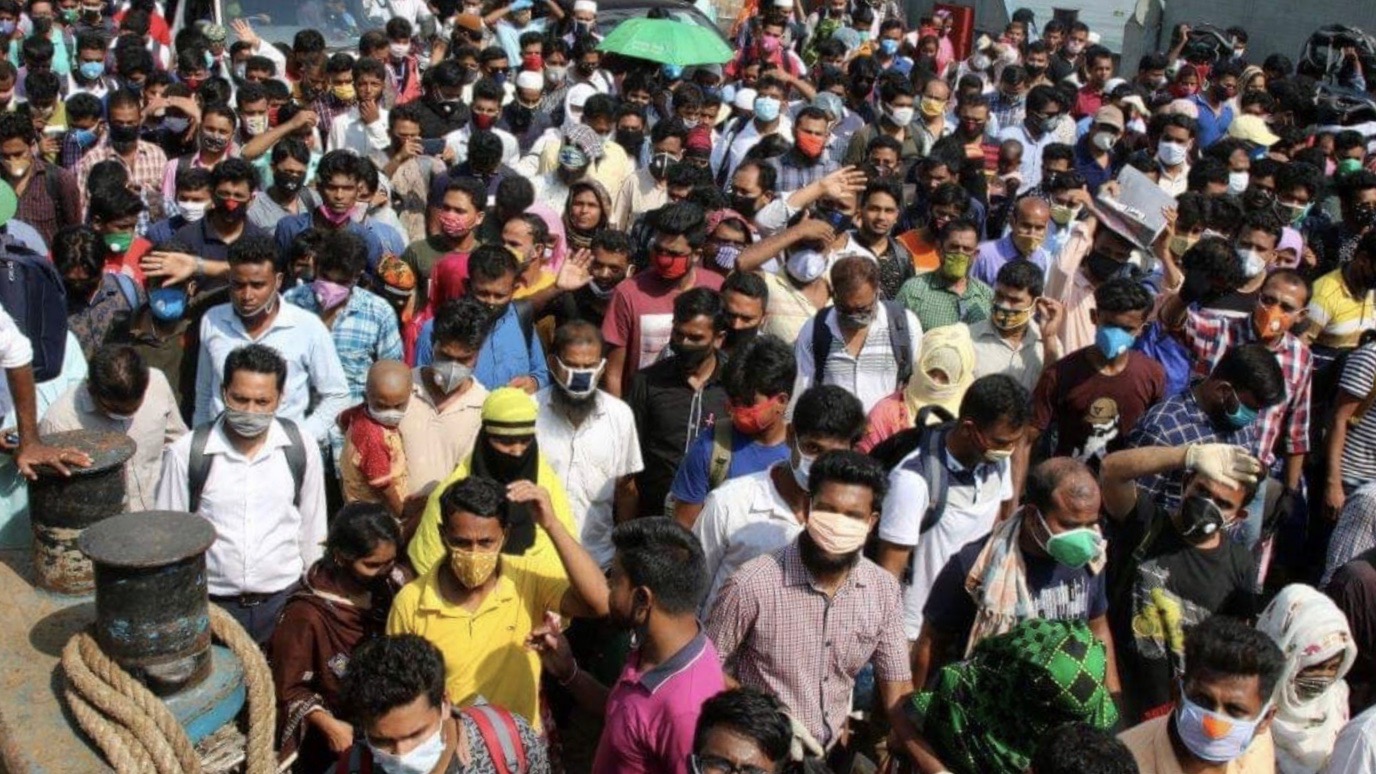 In Bangladesh, two garment workers died, allegedly after they participated in a protest against authorities for their policy of suspending thousands of garment workers and denying allowance during the ongoing country’s lockdown on April 6, IndustriAl Global Union reported. The incident took place in Bhaluka Upazila’s Zamirdiya Square Master Bari area when scores of workers of the Crown Apparel Company were chased down by the security forces for blocking the Dhaka-Mymensingh Highway. Police fired tear gas canisters to disperse the protesting workers. Amid this fear and chaos, two workers who were on the run were crushed by a fast moving truck.

Police officials in Bhakuka Model Police Station said that the two incidents were different. However, the incident has triggered panic among the distressed workers, many of whom have been left adrift after the announcement of the lockdown.

As per government orders, all forms of transportation services, excluding essential services, have been closed down across Bangladesh until April 14.

Nazma Akter, president of Sommilito Garments Sramik Federation (SGSF), a member of IndustriALL Bangladesh Council, said, “The majority of Bangladesh’ garment workers have been unfairly thrown out of their jobs, denied wages and threatened to be blacklisted if they demand their rights.  Some employers have said workers would only be paid on  April 16 when returning to work.”

Human rights groups fear that if the lockdown is extended without addressing the affected workers, the situation will further [worsen] the economic and food crisis among the below poverty line populace, most of whom are working in a garment industry. As per Bangladesh Garment Manufacturers and Exporters Association estimates, 953 million pieces of readymade garment for export worth US$ 3.05 billion have been cancelled. The cancellations affect more than 2.19 million workers, IndustriAll reported.

Valter Sanches, IndustriALL’s general secretary, said that “Brands and suppliers must realize that no worker should be left behind in this unprecedented struggle against COVID-19. The government, brands and suppliers need to work together with unions to take coordinated action to ensure wages are paid and that workers and their families are protected from the negative economic impact the lockdown may bring.”

“The government of Bangladesh should ensure that workers get their share in the recently announced economic package of 72, 750 crore Taka (US$8.5 billion),” the general secretary said.

IndustriALL Bangladesh Council in their statement has also stressed that the “Wages for the month of March have to be paid as soon as possible. In the prevailing circumstances, employers should ensure that payments are made through mobile banking system and those do not have access to it, should be paid in cash by April 16.”

“Lay offs, retrenchment and terminations should stop immediately. A tripartite committee consisting of government, employers and IBC has to be formed and all factories should closed during the lockdown period,” the workers’ body said on April 8. 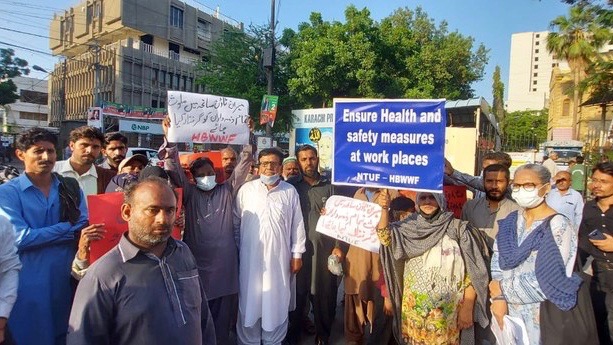