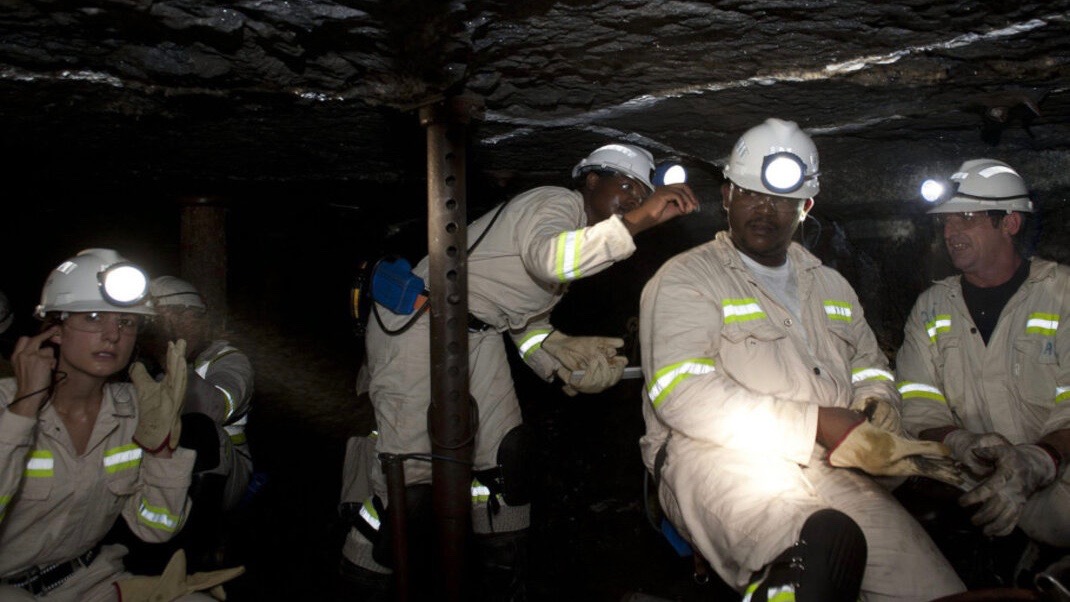 South Africa is the world’s largest exporter of platinum, accounting for over 70% of the global supply. (Photo: Boxer Ngwenya)

Mineworkers employed by the Anglo American Platinum (Amplats) mining company in South Africa have been summoned back to work from April 15, Wednesday, despite the government extension of the countrywide lockdown till the end of April to contain the spread of COVID-19.

After the lockdown began on March 26, with the exemption of some mining companies like those supplying coal for electricity production, all other mines were ordered to be placed under essential care and maintenance status during the lockdown period. Under this category, production is halted and functioning is limited to operations essential for maintaining infrastructure to facilitate the resumption of mining at a later date.

However, numerous platinum mining companies which had applied for exemption from the lockdown have now been given the go-ahead by the Department of Mining Resources and Energy (DMRE) which has granted them essential service status. These exemptions follow the partial recovery and stabilization of the metal’s price in the international market by the end of March.

The Association of Mineworkers and Construction Union (AMCU) accused the DMRE of succumbing to pressure exerted by mining companies and has questioned the rationale and motivation behind granting essential status to companies mining precious metals.

The union in a statement on April 13 said that while coal mines may be categorized as essential to meet the demands of electricity production companies, including that of state-owned power company Eskom, “AMCU fails to understand why gold, platinum and even diamond mines can be called essential services.”

“AMCU has also received reports.. (that) other companies, which do not seem to be rendering essential services, have been granted essential services status,” the union further stated, adding that it’s legal team is looking into the issue.

Meanwhile, several workers of another industry giant, Impala Platinum (Implats), who were served notices asking them to return to work were turned back at roadblocks by the police enforcing the lockdown yesterday.

South Africa is the world’s largest exporter of platinum, accounting for over 70% of the global supply. The metal’s price saw a steady and gradual rise from around USD 800 in October 2018 and hovered around USD 1,000 in the first two months of 2020. However, with the COVID-19 pandemic forcing Europe and China to lockdown and halt most of their automotive production, the demand for platinum saw a sharp decline with international prices plummeting. Demand in the US market also declined as numerous plants halted production. Prior to the lockdown, by mid-March, the international market price of platinum had dipped to its lowest point since 2002, reaching below USD 600 at the New York stock exchange on March 19.

By the last week of March, however, prices began to recover as China began resumption of production after having successfully contained the outbreak. Reading the signs, numerous companies in South Africa applied for exemptions seeking the status of essential service which permits limited production.

All of them are powerful members of the Minerals Council which the AMCU alleges has been putting pressure on the DMRE to grant exemptions to such companies. On April 9, since when the platinum price began stabilizing above USD 750, the Council issued a statement on the need to start operations despite the health crisis.

Arguing that the “disease is likely to be with us for some months yet, with some experts indicating a likely peak in June,” the employers association declared the pandemic as “our new reality,” and pressed the need to “establish a way forward on how to work safely under the constraints.”

Are safety measures possible in mines?

The AMCU has expressed concern about physical distancing and other necessary precautionary measures to contain the virus spread being “almost impossible to implement” in mines. The union urged its members to “remain home.. until the working environment is safe and healthy again,” in a statement on the same day as the Council’s call for resumption of mining activity.

A day prior, the union had written to the minister of mining resources and energy, Gwede Mantashe, demanding the setting up of a task team consisting of the Chief Inspector of Mines along with representatives of the Minerals Council and the trade unions.

This team would be tasked to come up with a “national Code of Practice (COP) of managing COVID-19 in the sector” with “technical advice from the National Institute for Occupational Health (NIOH), National Institute for Communicable Diseases (NICD) as well as the Minister of Health”, according to the union. The code should also be gazetted and enforced as a safety standard, the violation of which could incur penalties.

“We will not support any ramp-up of operations at mines before these regulations are agreed upon and gazetted,” AMCU president Joseph Mathunjwa affirmed. “We can simply not afford to let mineworkers die due to… [the] uncoordinated approach to this pandemic by individual mines,” he added, warning that this will also put at risk the health of medical personnel and the communities to which these workers return after duty.

Nevertheless, the government began granting essential services status to mining companies on April 9. By April 13, the DMRE had obliged all of them. The AMCU has in turn reminded its members that the rights of workers guaranteed under the Mine Health and Safety Act (MHSA) and the Occupational Health and Safety Act (OHSA) stipulate that “employers must ensure that the workplace is safe and healthy and, if they fail to do so, their employees may refuse to work until the risks are mitigated.”

The union has further called on its members who are forced to report to work to approach the AMCU’s Health and Safety Structures to complain about crowding at the workplace or any other failure on part of the employers “to provide proper and sterilized PPE on a regular basis”, implement safety measures such as regular screening and referring those with symptoms to testing and isolation, and “contact tracing once a worker has been identified as…potentially affected.”