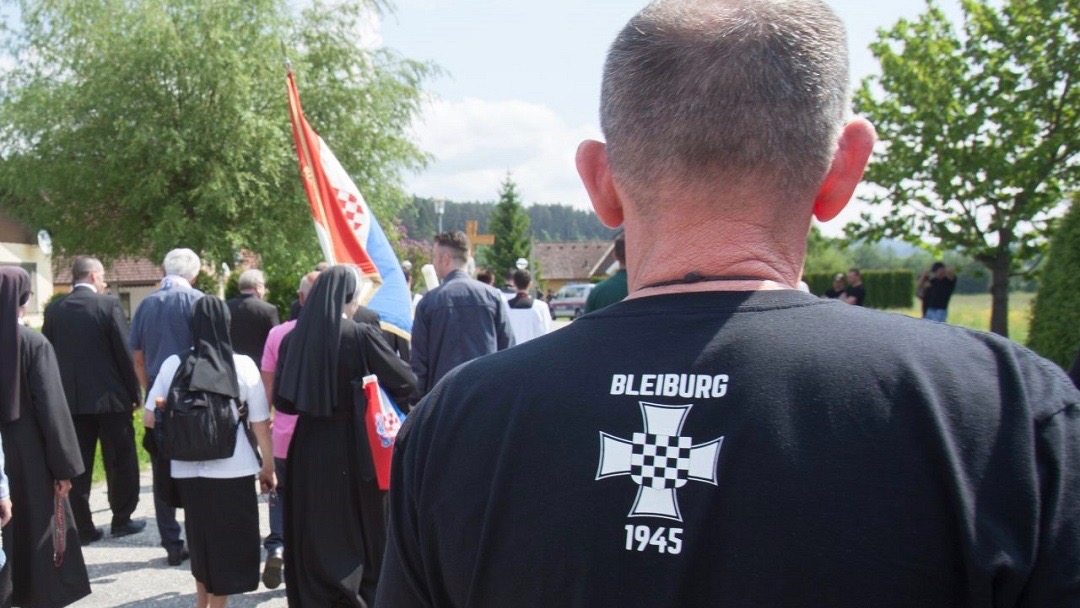 Progressive sections in the region have called for a ban on events celebrating fascists. (Photo: Balkan Insights)

An annual commemoration for the Croatian collaborators of Nazis during the second world war has been canceled by organizers due to the COVID-19 pandemic. The event to honor the Nazi-allied fallen Ustasa troops was scheduled for May 16 in Austria’s Bleiburg. It had been opposed by progressive sections in the region with a call to ban all events celebrating fascists.

In May 1945, anticipating a crushing defeat at the hand of the Soviet Red Army and the Yugoslav partisans, forces associated with the fascist puppet state, the Independent State of Croatia (NDH), retreated to Austria. The fleeing NDH troops included the Nazis and their Croatian collaborators – the Croatian Revolutionary Movement or Ustasa troops. They were driven back by the British at the Austro-Yugoslavian border town of Bleiburg and were captured by the Yugoslav partisans. The notorious Ustasa were responsible for the massacre of Jews, Serbs, Romas and anti-fascist Bosniaks and Croats during the war.

Niklas Böck, chairman of the Communist Youth of Austria (KJO) said to Peoples Dispatch, ‘it needed a global pandemic to finally cancel the mourning of fascist murderers who were rightfully defeated by the Slovenian partisans. We will do our best to fight against the Bleiburg commemoration in the future, and condemn movements and political actions like it as well as the Austrian state’s passive stance in the matter.”

In a joint statement earlier, the Young Socialists (MS) of Croatia, the Communist Youth of Austria (KJO) and the Union of the Communist Youth of Yugoslavia (SKOJ) had demanded a ban on all gatherings celebrating fascist criminals in the territories of Serbia, Croatia and Austria. They also demanded the removal of a monument dedicated to the fascists of Bleiburg along with the fascist monuments in Serbia and Croatia, and called for the prosecution of all the persons wearing or by any other manner promoting fascist symbols.