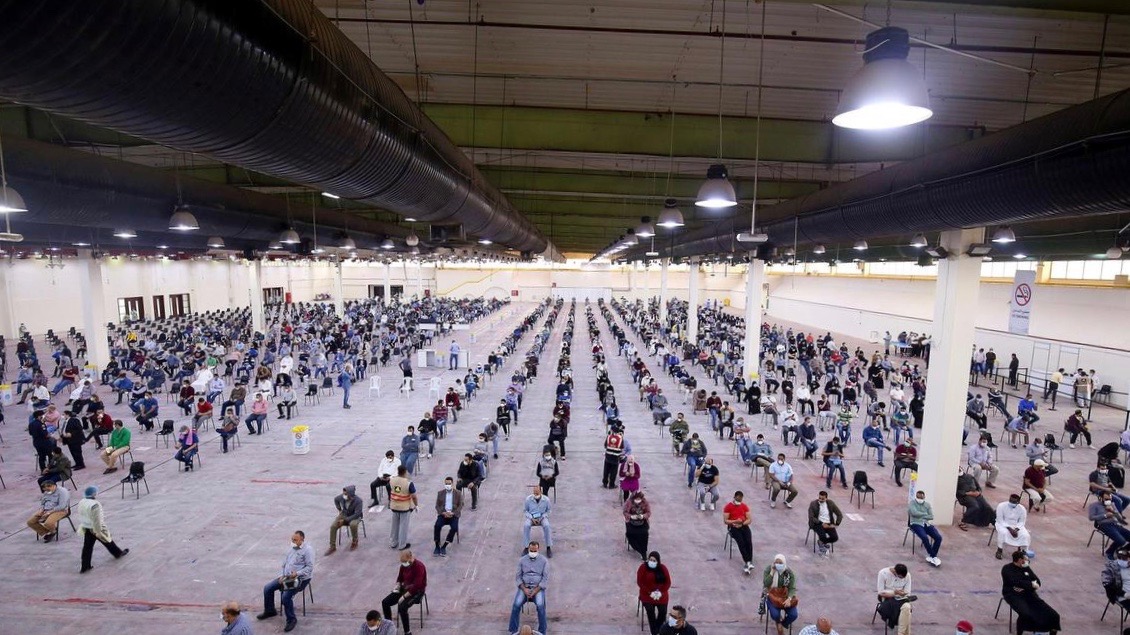 Expatriates who seek to return to Egypt at a shelter in Kuwait. (Photo: AFP)

Kuwaiti police on May 4, Monday, forcefully dispersed a protest carried out by Egyptian migrant workers in one of the state shelters. The workers were demanding immediate repatriation. The police subsequently arrested several of them.

The protesting workers want to return to Egypt as they have been rendered jobless following the novel coronavirus outbreak. They are currently being held in a shelter specifically for those violating Kuwait’s residency laws.

Several videos posted on social media showed the Kuwaiti police using tear gas against the protesters who were chanting, “Where is our embassy?” The protesting workers were surrounded by a chain link fence with barbed wire all around it.

Later, officials from the Egyptian embassy went to the shelter and gave assurances to the workers that repatriation flights to Egypt would begin this week. Kuwaiti officials in the past few days have also said that they would suspend fines and jail times for workers in violation of the country’s residency laws, as well as not charge the workers for the repatriation flight tickets.

There are more than 35 million foreign workers in the six Arab Gulf states of Bahrain, Kuwait, Oman, Qatar, Saudi Arabia and the United Arab Emirates, and in Jordan and Lebanon, according to United Nations statistics. They are engaged in all kinds of essential and important jobs, ranging from domestic help work, construction, finance, management and many other blue and white collar jobs. They far exceed the local population, accounting for as much as 80% of the population in some of these countries.

Due to the fall in oil prices and lockdowns imposed due the coronavirus pandemic, thousands of these workers have lost their jobs. There are currently more than 5,270 cases of COVID-19 infections in Kuwait, with 40 deaths so far.