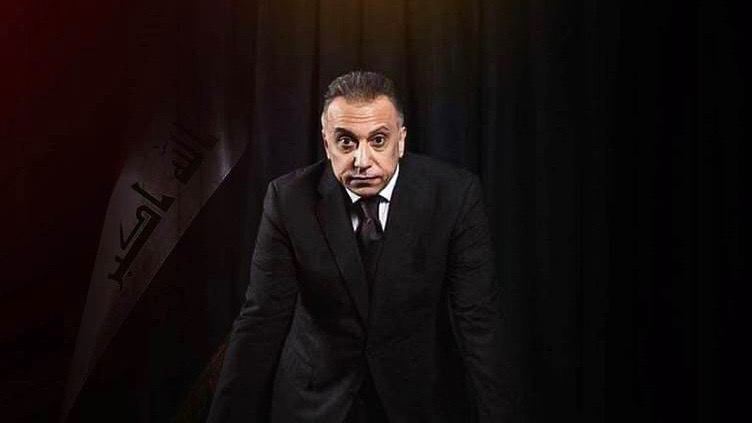 On May 6, Wednesday, Mustafa al-Kadhimi, ex-journalist and intelligence chief, won the Iraqi parliament’s approval to form a new government, ending six months of political uncertainty in the country. The parliament also approved most of his proposed cabinet.

Since the resignation of Adel Abdul Mahdi in November last year following weeks of popular protests against his regime and pressure from prominent Shia clerics, no government has won the approval of the Iraqi parliament. Since resigning, Mahdi has been serving as Iraq’s caretaker prime minister.

Two prime ministerial candidates (Tawfiq Allawi and Adnan al Zurfi) who were nominated by president Barham Salih to replace Mahdi were forced to withdraw after failing to get the required support of the parliament. There were popular protests against their government proposals as well.

Iraqis have been protesting since October last year, demanding jobs and an end to their economic misery. The protesters blame the ruling elite for the widespread corruption and inefficient governance in the country and have demanded a complete overhaul of the political system.

Salih designated Mustafa Kadhimi for the job on April 9, after the resignation of Adnan Al-Zurfi

The popular protests in Iraq were halted with the imposition of the lockdown to contain COVID-19. However, it is not clear what the mood of the people will be towards Kadhimi, given the fact that he has been part of the ruling dispensation. He has also been appointed as per the post-2003 quota-based sectarian representation system (Muhasasa), which is opposed by a majority of the protesters. It is likely that protests against Kadhimi’s government will take place once protesters are able to gather on the streets again.

Unlike Allawai and al-Zurfi – who were opposed both by the protesters and most of the political blocks inside the parliament – Kadhimi is considered to be relatively more acceptable across the established sectarian and political divides in Iraq. He is favored for his ability to balance the interests of all the stakeholders in the country’s current system.

Kadhimi (53) fled Iraq in 1985 and later acquired British citizenship. He one of the leading members of the Iraqi elite in exile who supported the US invasion of the country in 2003. He returned following the invasion. Kadhimi is also considered close to pro-US former Iraqi prime minister, Haider al-Abadi (2014-18). Abadi’s government appointed him as the chief of Iraqi intelligence in 2016.

Political analysts have speculated Kadhimi’s balancing act as the reason for his success in garnering the support of different factions both within the country and among those who are considered to have external influence over Iraqi affairs.

Iranian foreign minister Javad Zarrif congratulated Kadhimi in a tweet saying “Congratulations to the Prime Minister, his Cabinet, the Parliament and most importantly the people of Iraq for success in forming a new Government. Iran always stands with the Iraqi people and their choice of administration.”

The Iraqi parliament has also approved 15 members of Kadhimi’s cabinet, while rejecting four of the names proposed. The vote for two crucial ministries, foreign affairs and oil, were postponed due to disagreements. The cabinet has only one woman member – Nazneen Mohammad of Kurdish descent who is the minister for housing, reconstruction and municipality.

Kadhimi has stated that he will prioritize tackling the COVID-19 crisis and also urgently seek justice for all those killed during the protests. More than 500 protesters have died at the hands of security forces in the last few months.

Meanwhile, Iraq has recorded more than 2,400 cases of COVID-19 infections and 102 deaths so far. The government imposed strict night time curfews and restrictions on all gatherings throughout April to prevent the virus spread.

Kadhimi also faces tough challenges ahead with regard to the assassination of Iranian top general Qassem Soleimani and the Iraqi commander of the Popular Mobilisation Forces, Abu Mahdi al-Muhandis, in a US drone attack in January this year. He will now have to address the demands for the withdrawal of foreign troops from Iraq, regarding which parliament has already passed a resolution. As the head of the executive, Kadhimi is bound to implement the withdrawal as passed by the legislature. Failure to act on this is also likely to prolong the instability in the country as a majority of the political groups, along with the Iraqi public, is opposed to the presence of foreign troops on Iraqi soil. There have been popular protests demanding the withdrawal of US troops since January.

The foreign troops are involved in attacks against the Iraqi militias, Kataib Hezbollah and the Popular Mobilisation Forces. This has led to several retaliatory attacks on camps and bases occupied by them and their Iraqi counterparts. The conflict threatens to further destabilize the country.

However, with the US administration of Donald Trump having publicly shown reluctance to leave Iraq, Kadhimi is expected to face a tough task in negotiating the terms of withdrawal.

Meanwhile, the Iraqi economy, already under severe stress, may possibly see 10% further contraction this year due to the COVID-19-related lockdown and falling international oil and gas prices, according to the World Bank. Iraq is one of the main producers and suppliers of energy resources, with its economy heavily dependent on energy exports.

This crisis is set to further aggravate the problems of unemployment, widespread corruption and rising levels of poverty in Iraq – the primary concerns of the protesters. Amid all this, Islamic State of ISIS is already seeing a resurgence in the region, leading to a grave situation with the possibility of the continuation of war in a country that has not seen peace for over four decades.

What will be different under Joe Biden?

Chomsky and Prashad: Why neoliberal leaders who failed to protect their countries from COVID-19 must be investigated
RECENT ARTICLES