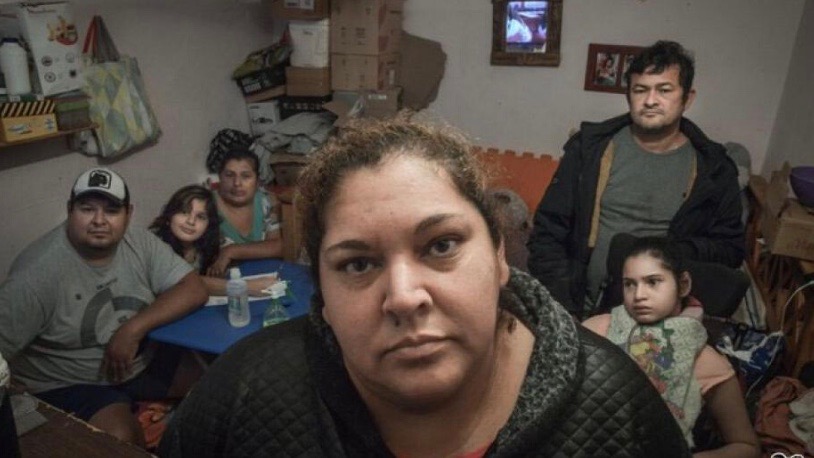 Ramona Medina, a leader from the people’s organization La Garganta Poderosa died on Sunday May 17 in the Muñiz Hospital in Buenos Aires. She lived in the city of Buenos Aires in Villa 31 (villa refers to the slum neighborhoods in Argentina). In the weeks leading up to her hospitalization, Medina had been denouncing the inadequate response of the city government, led by Horacio Rodríguez Larreta, with regards to the spread of the virus in the villas and the lack of access to running water.

Days before her hospitalization, she recorded a video which was shared widely on social media where she specifically addressed the vice-chief of the Buenos Aires government, Diego Santilli, who had previously declared that the situation in the villa was under control: “Here I am, trying to find a response to what everything that Santilli said like us having water, that we have everything solved. We have been eight days without water and they ask us to clean ourselves, and that we do not leave the house. How do they want us to stay home if I have to go buy water?” she said.

Her organization, La Garganta Poderosa, denounced on social media that Ramona was killed by “negligence.” “It is a crime and we will not stop until those responsible pay”

On social media, Nacho Levy, a leader of the organization, explained that Ramona lived with a daughter “in a wheelchair, with West Syndrome and Aicardi Syndrome, that cannot speak, eat alone, show symptoms, or stay upright: she needs oxygen every night and complete support.” She also shared the home with “her partner, another daughter, her 62-year-old sister-in-law, her 68-year-old brother-in-law, her nephew with heart problems and her diabetic niece,” he added.

On Saturday, 60-year-old Víctor Giracoy, another militant from Villa 31 also passed away in the hospital from COVID-19. Giracoy had been a militant for the past 25 years and was an organizer of the “Bethlehem Star” community kitchen in the neighborhood.

COVID-19 in the villas

The strict isolation measures taken by the Argentinian government led by progressive Alberto Fernández have been crucial in containing the spread of the virus. Argentina has 8,371 cases confirmed nationally and 382 deaths as of May 18, while its neighbors Chile and Brazil far surpass it with 46,059 cases confirmed and 478 deaths and 254,220 confirmed cases and 16,792 deaths respectively.

However, the fear of people’s movements has always been what will happen when the virus reaches the villas. The conditions in the villas are of overcrowding, lack of access to essential services, and many people in situations of poverty and precarious work.

In some neighborhoods, like in Ramona’s, conditions have worsened since the pandemic with the lack of running water. In the south of the city, a section of the Padre Rodolfo Ricciardelli neighborhood, the Villa 1-11-14, has also been without access to water since last Thursday. 40,000 people live in the area and the number of confirmed coronavirus cases in that area alone is 287.

According to official statistics, of the 3,342 confirmed cases in the Autonomous City of Buenos Aires, 1,201 of them are in the marginalized Buenos Aires neighborhoods, like the Villas and other poor neighborhoods. In Villa 31 there are 851 cases confirmed. The Crisis Committee of the Padre Mugica Neighborhood (which encompasses Villa 31) called for the declaration of a Public Health, Housing and Food Emergency in the neighborhood.

With reporting from Notas de Periodismo Popular in Argentina