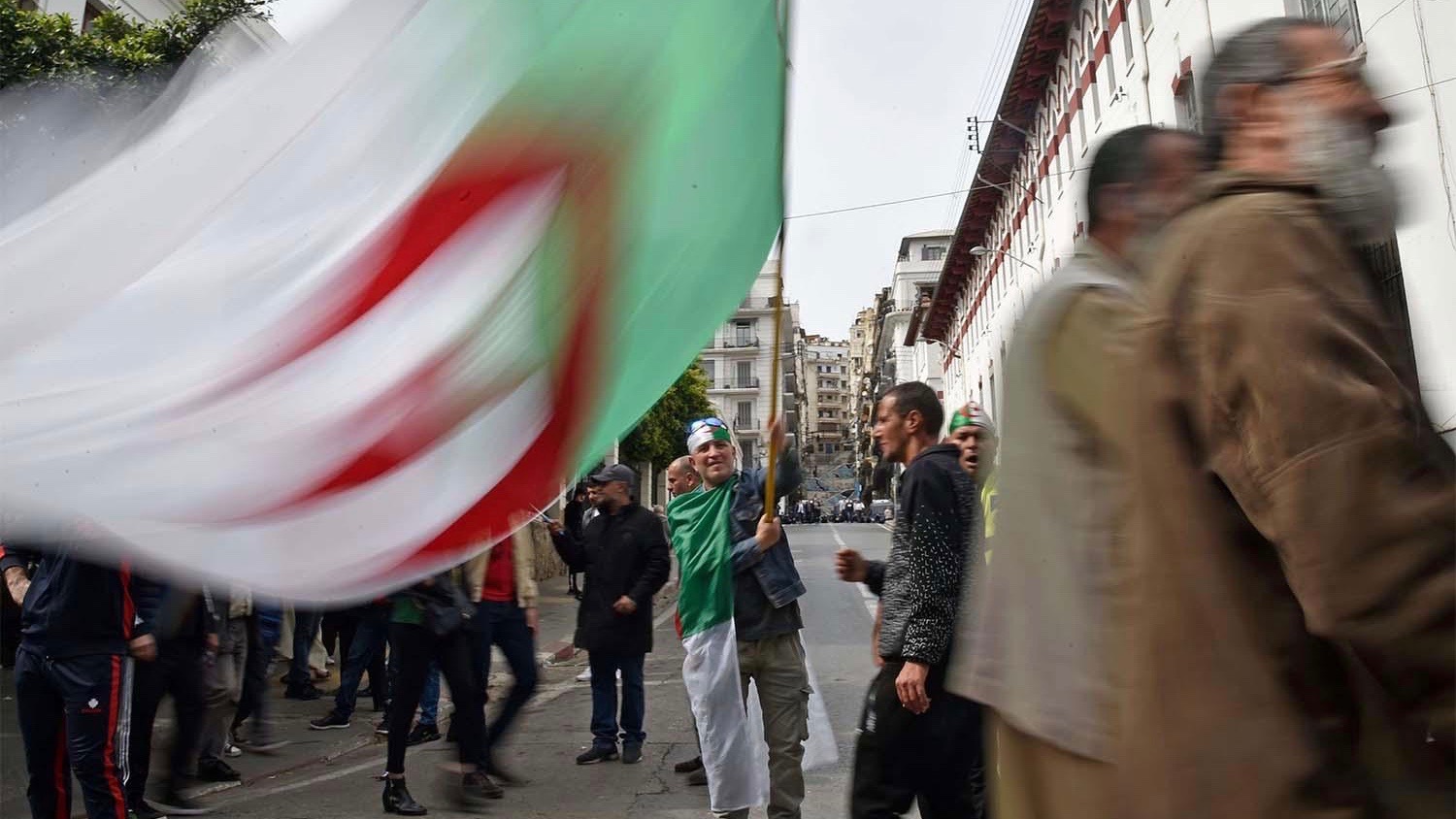 Protesters in Algeria on Monday demand the release of Hirak movement political prisoners.

Algeria witnessed a fresh round of anti-government protests on May 25, Monday in solidarity with political prisoners associated with the Hirak movement, who are being held in jails on frivolous and motivated charges. Rallies and demonstrations were conducted in cities across Algeria, coinciding with the Eid-ul-Fitr celebrations. A ban on public demonstrations and other restrictions are in force in the country due to the COVID-19 pandemic.

One of the main sites of Monday’s protest was Kherrata city in Bejaia province, east of Algerian capital Algiers. The city holds particular significance as it is where the Hirak movement originated more than a year ago, in February 2019. Photos and videos of the protest on social media showed protesters raising anti-government slogans.

A day earlier, on Sunday, another protest was held in Setif in solidarity with the Hirak movement detainees.

According to the National Committee for the Liberation of Prisoners (CNLD), close to 50 people associated with the Hirak protests remain in government custody. Despite the ongoing coronavirus crisis, the government has continued attempts to muzzle dissent and opposition and has targeted independent media and anti-government groups, including the Hirak movement protesters.

Just last week, three Algerian opposition activists were given lengthy prison sentences for their social media posts on Facebook. One of the activists, Soheib Debagahi, was sentenced in Algiers to a one-year prison term after being charged with encouraging an illegal gathering, insulting an official body and publishing potentially damaging material. He was also accused of threatening the national unity of the country by criticizing the Algerian president and the judicial system.

Two other activists, Larbi Tahar and Boussif Mohamed Boudiaf, were also handed out prison sentences for one and a half years each on similar charges by a court in the town of El Bayadh in western Algeria. The hearing, which was held via videoconferencing, saw the prosecution demand three year jail terms for the two for their Facebook posts critical of the government.

Human rights organizations and Algerian civil society groups have expressed grave concern over the government stepping up its crackdown against dissenters by using the pandemic as a cover to target activists, independent media and citizens, and slapping false and trumped up charges against them, often based on social media posts.