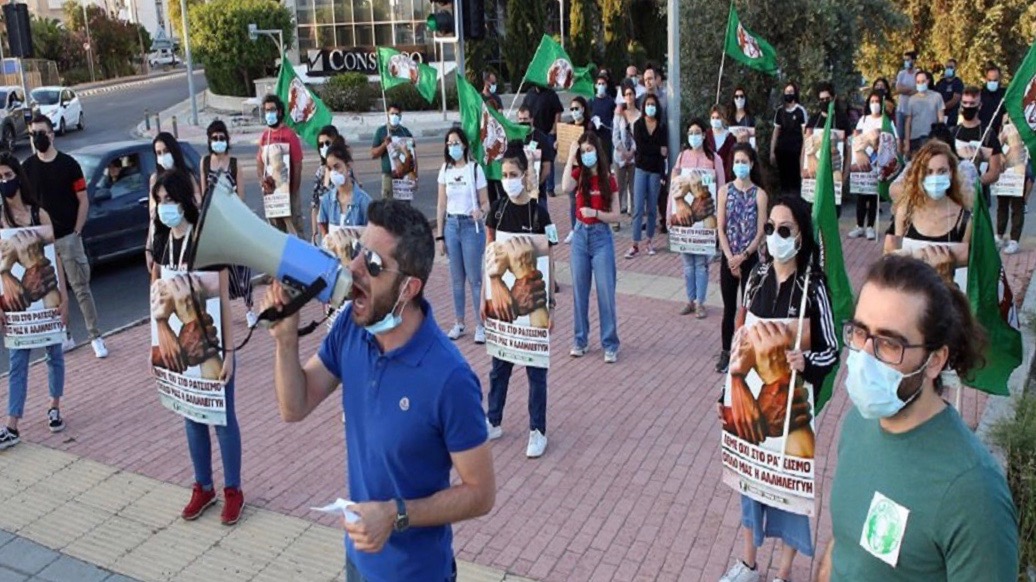 Protesters adhering to the COVID-19 safety protocols outside the US embassy in Nicosia on June 5, Friday.

On June 5, Friday, hundreds of Cypriotic youth demonstrated outside the US Embassy in Nicosia, demanding justice for George Floyd and in solidarity with the anti-racism protest taking place across the US. The protest was organized by the United Democratic Youth Organisation (EDON), with leaders of EDON addressing the gathering.

Member of the EDON Central Council Christopher Pittaras said that the presidency of Donald Trump has strengthened the racist rhetoric and repression in the US. In the name of “democracy,” the US has carried out imperialist military operations in various parts of the world – while the primary example of democratic deficit is in their own country. All those who are marginalized by the system, who do not have a job, access to health and education, are on the side of the African-Americans, a fact that emphasizes the sharp class antagonisms in the US.

Pittaras also referred to the institutional racism in Cyprus that has been strengthened in recent years by the DISY-Anastasiadis government, the most recent example being the Purnara reception center for refugees where the government “deprives the people thereof the basics of decent living and treats them as second class people.”