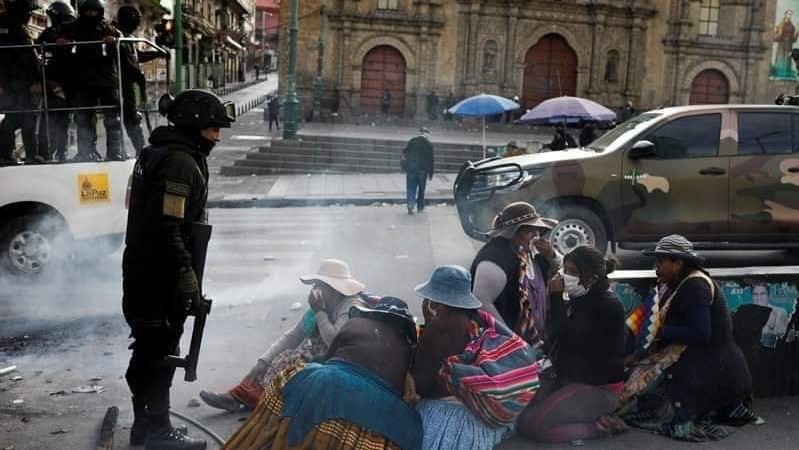 Researchers from Tulane University and University of Pennsylvania released a study on June 7, analyzing the results of the Bolivian elections held on October 20, 2019 and the subsequent claims of electoral fraud. Nicolás Idrobo, Dorothy Kronick and Francisco Rodríguez, who authored the report, studied the vote-counting patterns called “inexplicable” by the Organization of American States (OAS). They found “that we can explain these patterns without invoking fraud. On their own, these results do not “call into question the credibility of the [electoral] process.”

Their report, published by the Social Science Research Network (SSRN), has made significant waves in sectors that had previously refused to question the fraud claims or condemn the deeply undemocratic coup that took Evo Morales out of office.

The New York Times published an article titled “A Bitter Election. Accusations of Fraud. And Now Second Thoughts,” where they acknowledge that the OAS report may be flawed. However, the article still insists that while vote-counting analysis was not evidence of fraud there “were a lot of documented problems with the vote.” Furthermore the article seems to place the blame for Bolivia’s current crisis on Evo Morales for having “paved the way to a staunchly right-wing caretaker government.”

This is not surprising considering the line the newspaper took after the weeks of violence against supporters of Morales and the civic-military coup. At that point, the New York Times editorial board wrote “The forced ouster of an elected leader is by definition a setback to democracy, and so a moment of risk. But when a leader resorts to brazenly abusing the power and institutions put in his care by the electorate, as President Evo Morales did in Bolivia, it is he who sheds his legitimacy, and forcing him out often becomes the only remaining option. That is what the Bolivians have done, and what remains is to hope that Mr. Morales goes peacefully into exile in Mexico and to help Bolivia restore its wounded democracy.”

Eight months later, Bolivia suffers from one of its worst political, social and economic crises in recent history, which precedes COVID-19 but has been exacerbated by the pandemic. The government today is headed by Jeanine Áñez, a far-right senator who illegally appointed herself president of Bolivia after Morales was overthrown on November 10.

In these months, the government of Áñez has overseen setbacks across the board: the mass violation of human rights and crimes against humanity, the violent persecution and criminalization of the political opposition, increase in militarization, attacks and erosion on the rights of Indigenous people, the privatization of key national industries, cutting of public sector budget and social programs, the introduction of genetically modified seeds, corruption scandals, and the destruction of democratic institutions. The COVID-19 pandemic had provided the de-facto government with a perfect argument to delay the so-called “free and fair elections” promised in November. But days ago, the Legislative Assembly, through a steady and determined struggle, was able to force the Supreme Electoral Tribunal to call for elections on September 6, a promise they had been making since November when Áñez usurped power.

This neoliberal, right-wing project was only possible through the consistent support of the OAS and the government of the United States that helped give institutional backing to accusations being made by Bolivia’s right-wing following the elections on October 20, 2019.

The day after polls closed, the OAS released a statement supporting the claim by the far-right that fraud had taken place. In an effort to respond to the concerns of the OAS, Morales offered to let them audit the results. Their preliminary findings released on November 10 concluded that the results of the October 20 elections were not valid. The full report released in December 2019 supported this conclusion.

Once the right-wing cried ‘fraud’ in October and since the coup, researchers, scientists, movements and organizations have released a series of studies with hard data to show that Morales won, and the claims by the OAS were unfounded. The Center for Economic and Policy Research released a report days prior to the coup on November 8, 2019 to refute the central arguments of the OAS in their fraud claim.

On February 27, 2020 researchers Jack R. Williams and John Curiel from the Election Data and Science Lab at the Massachusetts Institute of Technology released a report confirming the same. Through a careful study of the vote and looking at the preliminary count (trep) and the official count (computo), they were able to counter the OAS’ claim that there was a drastic change in the progression of the results.

In response to the report and the article in the New York Times, Morales wrote on Twitter “Another independent student, adding to the many that already exist, shows that there was no fraud in the elections of October 20, 2019 in Bolivia, MAS-IPSP won cleanly. The people know they were cheated, they are wise and will be able to recover democracy.”

On June 2, the Supreme Electoral Tribunal announced that elections will be held in Bolivia on September 6. The MAS ticket of Luis Arce and David Choquehuanca had been leading all polls in the first quarter of the year and until today, the Bolivian right remains deeply divided.

However, some say that these elections are not even necessary given the evidence presented by this report and others that show that electoral fraud was not committed. The Puebla Group released a statement on June 9 requesting that the “OAS validate the electoral results of the October 20, 2019 elections and declare the legitimacy of the election to the presidency of Evo Morales.”

The group also denounced the actions of the OAS and declared that the body’s electoral observation had “dramatic consequences” including the “radicalization of the Bolivian political opposition, which had as a consequence the coup d’état against the President of Bolivia, Evo Morales.” They also cite that it could be presumed that “the multilateral organization was accomplice to the overthrowing of a democratic government.”

They called on the de-facto government led by Jeanine Áñez to “immediately hand over state power, due to the systemic and inexplicable delays to hold elections in said country.”

The internal contradictions of Áñez’s project to “restore democracy” to Bolivia have been steadily growing as the government has no other recourse but corruption and repression to maintain their grip on power. Thanks to the latest report, more and more people are recognizing what progressives have been saying since November when they denounced the coup and the biased position of the OAS. For now, hope lies in the determined resistance of the Bolivian people who have not stopped taking to the streets and protesting against the de-facto government despite violent repression and even amid the pandemic.