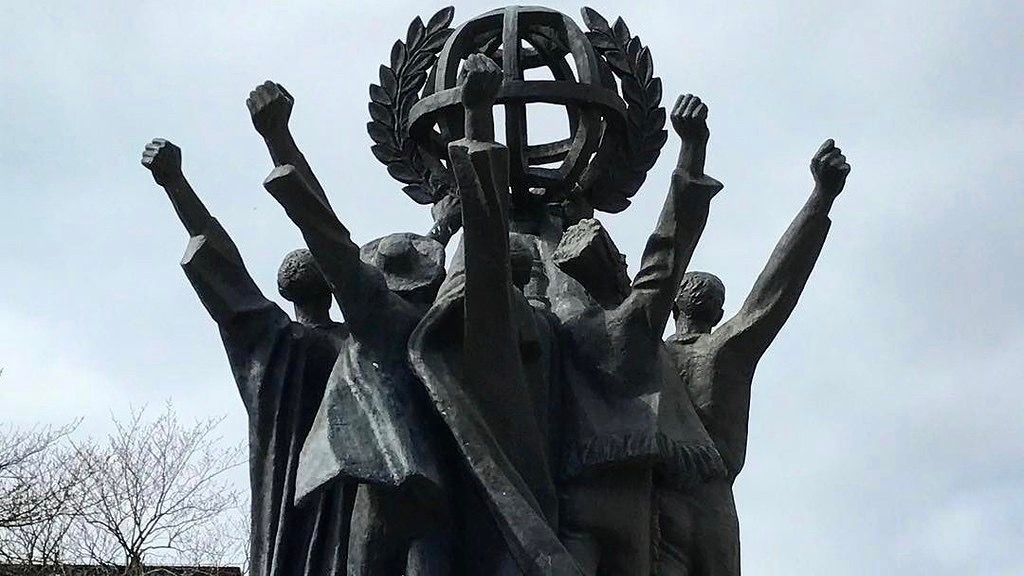 On June 10, Wednesday, communist youth group Kommunistinuoret in Finland issued a statement condemning a proposal to remove two Soviet-Finland friendship monuments. On June 9, MP from the Centre Party, Mikko Kärnä, made a proposal to remove the Hakaniemi World Peace Statue in Helsinki and the Friendship of Peoples Monument in Itäkeskus. Kommunistinuoret has protested the proposal and called on progressive sections in the country to protect the monuments.

The World Peace Statue — made by Oleg Kirjuhin– was unveiled in Hakaniemi, Helsinki on January 14, 1990, and was a gift from Moscow city to Helsinki as part of a friendship and cultural exchange program. The Monument to the Friendship of the Peoples at Itäkeskus was sculpted by Antti Neuvonen in 1983 to celebrate the 35th anniversary of the Finno-Soviet Treaty (1948) of friendship, cooperation and mutual assistance.

In their statement, Kommunistinuoret asserted that “the proposed monuments represent not only the city’s historical stages and relations abroad, but also, as its name implies, peace and friendship. Friendship of peoples and world peace. Every effort must be made to protect these ideas in our modern world against fighter warlords and national defense rights. Kärnä’s initiative is a symbolic attack on peace and solidarity. We do not accept his policy on a practical or symbolic level!”

“The attack of these monuments must be repelled by all possible means. The cityscape of Helsinki must also include images other than those of the bourgeoisie and the great male warriors. Although dissenting opinions and ideas offend and bring tears to the eyes of the bourgeois – Kärna and his friends, we refuse to give up images of our ideas. While the friendship of peoples greatly offends the lawmakers of big business, we do not see it as a valid reason to remove monuments,” read the statement.

Kärna’s proposal is being viewed as part of the ongoing anti-communist campaign by the right-wing forces in Europe, supported by the European Union (EU). In his proposal, Kärna also tried to equate communism to Nazism, and asked the Helsinki mayor and city council to sell the two monuments to private collectors, or melt them into metal ingots and donate the proceeds for artworks against extremism. In response to Kärna’s proposal, Kommunistinuoret suggested that if fundraising through the sale of scrap metal was required to increase Helsinki’s coffers, it would be better to melt the statues of white warlords in the city instead.