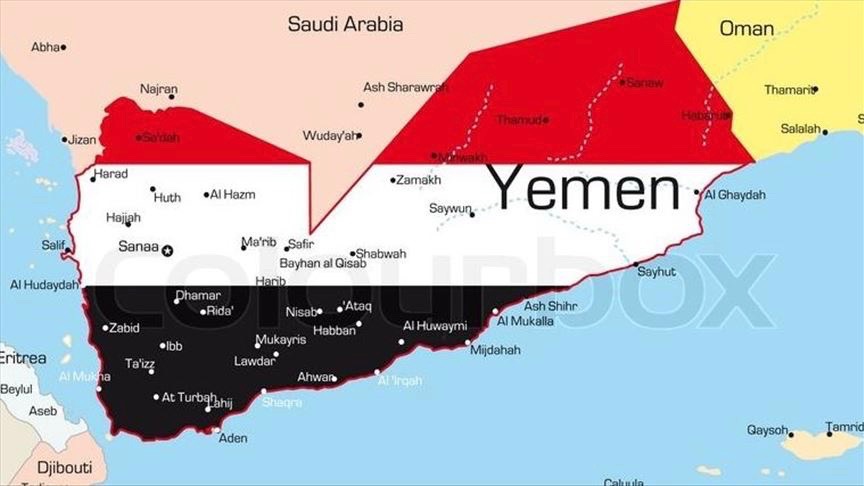 On May 22, the 30th anniversary of the unity between North and South Yemen was celebrated by some groups. The Abdrabbuh Masur Hadi-led faction of the General People’s Congress (GPC) and Islah were leading them. However, the celebration of the Unity Day by these political groups was ironic considering that major parts of the country are not controlled or administered by them. Most of the leaders are in exile and are aligned to countries which are responsible for the destruction of Yemen.

Today, Yemen is controlled mainly by two factions, the northern Ansar Allah or Houthi forces in Sanaa and the Southern Transitional Council (STC) in Aden. The so-called “internationally recognized Hadi government,” made up of Islah and the Hadi faction of the GPC, is largely in exile with no legitimacy inside the country. Whereas the Houthis are in control in the north since September 2014, the STC – a long-time partner in the Saudi-led coalition against Houthis –  captured the southern city of Aden and declared self-rule there last month.

Ironically, this virtual and de facto division of the country is primarily due to the leading parties who celebrated the Unity Day this May 22 – the Islah party and the GPC (Hadi).

Congregation for Reform or Al-Islah party is the main point of disagreement between the STC and the forces loyal to Hadi today. All of them are members of the Saudi-led coalition against the Houthis. Last year, when the STC took control of Aden in August, it had blamed Islah for collaborating with the Houthis in a missile attack on its forces which killed more than 30 recruits of the Security Belt forces affiliated to it.

The STC has long maintained that Islah has been at the heart of the problems within the coalition. Italso believes that the southern administration was infiltrated and controlled by Islah, which goes against the long-cherished wish of the southerners to govern themselves.

When the Houthis took control of the Yemini capital Sanaa in 2014, they too had blamed Islah for the widespread corruption and pro-Saudi bias of the administration.

Islah’s sectarian outlook was the main reason why the Houthis never trusted Ali Abdullah Salih’s rule and waged war after war against it.

Islah is widely considered an affiliate of the Muslim Brotherhood which has antagonistic relations with the monarchs in the Gulf region. However, a large number of Islah leaders were close to Saudi kings. Its leadership, which primarily came from the conservative elite families of the country, sought Saudi help in expanding their political clout in the region.

Most of its cadre come from the Salafi movement sponsored by Saudi Arabia in the 1980s and 1990s. In other words, Islah became a Saudi outpost, an extension of its diplomatic control in Yemen in the 1990s which created fear among ethnic minorities and secular forces alike.

The Houthis took Sanaa in late 2014 and formed a National Salvation Government (NSG), which is an alliance of the Ansar Allah forces, the Yemeni military and remnants of the General People’s Congress party. This forced Hadi and his loyalists to move to Aden where general Aidarous al-Zubaidi, the current STC leader, was made the governor.  Al-Zubaidi, who controlled the largest fighting contingent among all the Hadi loyalists, did not want to share power with Islah, the most organized faction. The disagreements between Islah and the al-Zubaidi factions were also rooted in the long-standing north-south divide in Yemen which has persisted even after its unification in 1990.

When Hadi dismissed al-Zubaidi from the post of the governor of Aden, the latter mobilized all his old colleagues, some of whom had been in the Southern Yemen administration and were opposed to the unification since 1994, and formed the STC in May 2017. The Saudi-led coalition was already weak due to its reliance on local forces on the ground despite stitching an international coalition of more than 15 countries. It was heavily dependent on the al-Zubaidi-loyalist Security Belt forces, which is around 90,000 strong.

Saudi Arabia’s ambitions to become a regional hegemon are well-known. It has not only compromised on the long-cherished goal of pan-Arabism and become a lackie of the United State and the largest buyer of its arms, it has also used its oil revenues to finance groups and individuals in different countries to advance its agenda. To realize its ambition, Saudi Arabia has also waged war on fellow Arabs in Yemen since 2015 which has led to the death of thousands, pushed millions to the verge of starvation, and destroyed all types of infrastructure in the Arab world’s poorest country.

The Saudis and their main ally, UAE’s Mohammad Bin Zayed, like other autocrats in the Gulf Coordination Council, fear the organized presence of Islamists and see them as the most significant threat to their power. Zayed, in particular, has been seen as the source of most of the anti-Muslim Brotherhood mobilizations across the Arab World since the days of the Arab Spring in 2011. However, Zayed’s relationship with Islah is a bit more complicated. He hosted Islah’s leaders in November 2018 and there seems to be some kind of understanding between the UAE and Saudis about the group’s role in a post-war Yemen. Both the Saudis and the UAE see Islah as a major source of popular support against the Houthis, particularly at a time when Hadi loyalists have no real presence on the ground.

Therefore, viewing UAE as primarily responsible for STC’s anti-Islah stance is wrong. In fact, the attempt by the Saudis and the UAE to promote Islah at the cost of the STC may have antagonized the latter’s leadership further.

Declaration of Self Rule

In November 2019, the Riyadh agreement was signed which established a temporary truce between the STC and Hadi loyalists after clashes in August that year. However, this agreement has failed making any common ground between Islah and STC untenable. Given the zero legitimacy or acceptance of Hadi’s rule in the country and the failure of Saudi Arabia in forming the new government as per the Riyadh agreement, STC automatically becomes the most important player on the ground in southern Yemen.

It is in this context that the April 25 declaration of self-rule and emergency in Southern Yemen, in areas in and around Aden, must be viewed. The fact that most of the other provinces in southern Yemen have rejected this call and shown their loyalty to Hadi has no particular significance as these rulers survive only because of the presence of the Saudi forces.

The real chances of negotiations between different factions remain remote as long as the Saudi intervention continues. Due to the rising threat of the novel coronavirus pandemic, no large-scale fighting is currently taking place.

The administration of Aden, the most important city in the south, is now in the hands of the STC. It faces the challenge of dealing with the COVID-19 outbreak with very limited health infrastructure. So far, over 560 cases and 129 deaths have been reported in Yemen. The real numbers may be higher. Nevertheless, if the STC is able to provide some level of order in the areas controlled by it, it may gain more popularity. One should not forget that the Hadi-led government’s failure to provide basic services to the city was one of the main reasons cited for the declaration of the self-rule and emergency by the STC.

Thus, the STC’s decision has many more dimensions and is not just a factor of external support. It is also clear that Yemen may be in for a long war until Saudi Arabia and its supporters realize that the danger of their imperial game is the disintegration of the country on sectarian lines.