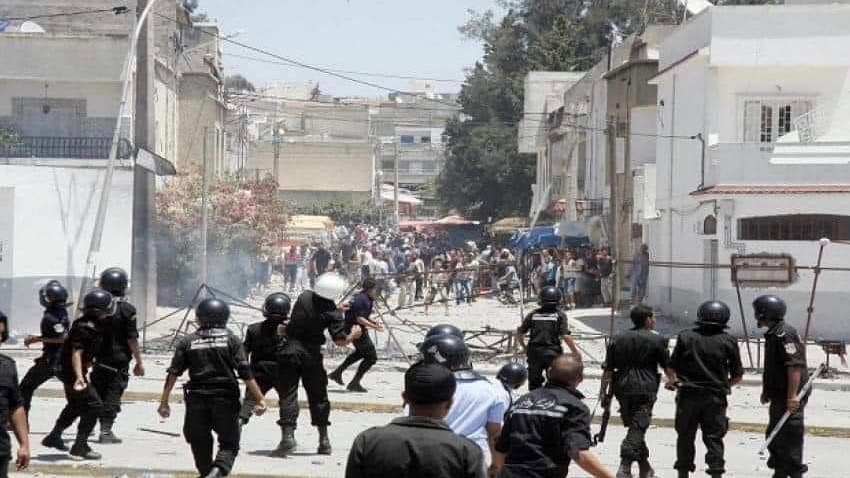 Protesters continued to defy the security forces for a third day on Tuesday June 23, in Tunisia’s southern Tataouine region, demanding jobs and better economic conditions. On Monday, security forces used tear gas to disperse hundreds of protesters gathered in the center of Tataouine city who were participating in a general strike call given by the local trade unions against the state violence perpetrated on Sunday.

Following Monday’s protests, Tunisia’s defense ministry said that it has deployed the army outside state establishments in the city.  According to the official statement, 10 protesters were arrested after protests on Sunday.

Protesters have organized a sit-in and road blockade around the El-Kamour pumping station for the last couple of weeks to raise their demands. Following the arrest of their spokesperson Tarek Haddad on Saturday June 20, people came out in the streets of Tataouine city on Sunday to demand his release. The security forces tried to disperse the protests using tear gas which led to several injuries.

To protest Sunday’s violence against the protesters, the local trade unions along with the Tunisian Trade Union Confederation (UGTT) gave call for a “general strike” on Monday.

Responding to the situation, the government headed by prime minister Elyes Fakhfakh has promised to look into the demands of the protesters soon.

#Tunisia: a ministerial working session focusing on the situation in #Tataouine chaired by PM @ElyesFakhfakh Monday evening decided to hold preparatory meeting Tuesday ahead of a ministerial session that will examine local development and social demands on June 26. #TAP_En pic.twitter.com/YhjNnnhamh

People have been on the streets in Tataouine, Tunisia’s most impoverished province, for the past couple of weeks. Their central demand is that the government fulfill its agreement with the Tunisian Trade Union Confederation (UGTT) signed in 2017 after similar protests. The government had then agreed to employ 1,500 people and invest more than USD 28 million in the region to boost employment opportunities, though activists claim this was never implemented.

According to official sources, Tunisia’s unemployment rate is expected to increase to more than 21%, compared to 15% last year. The unemployment rate in the region of Tataouine, which is also the largest region in the country in terms of geographical size, has already reached 30%. The Tunisian government has already announced that the national economy may shrink as much as 7% this year due to the novel coronavirus pandemic. 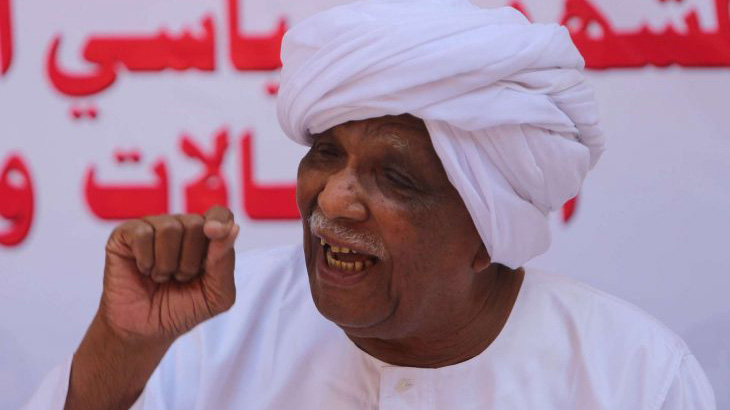