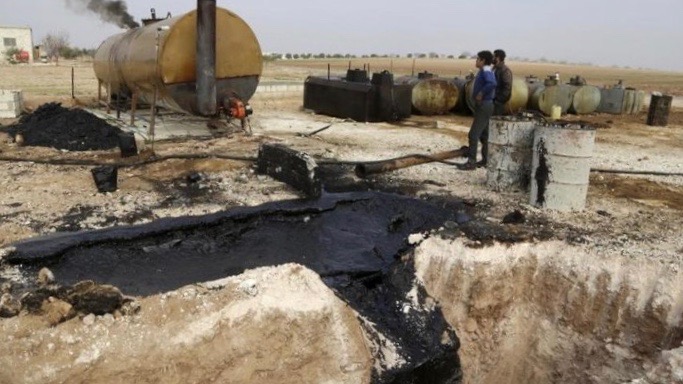 The Syrian foreign ministry called the deal illegal and deemed it as “stealing” of the country’s national resources under the “sponsorship and support” of the US. The ministry added that the deal is void and has no legal basis, official Syrian Arab News Agency (SANA) reported.

Reports have suggested that the deal was done at the behest of the administration of US president Donald Trump, which has backed the Kurdish rebels against the Syrian government.

The SDF has controlled the oil-rich northeastern Syria since the defeat of the Islamic State (ISIS) in 2017. The new deal will allow the Delaware-based company, Delta Crescent Energy LLC, to operate and extract oil from the region under SDF control, and to supposedly “modernize” the oil fields.

The deal was revealed in a US Senate hearing held on Thursday, where US state secretary Mike Pompeo and Senator Lindsey Graham spoke about it. The Syrian government has consistently opposed any attempts that would allow the US or its companies to operate out of Syria.

Though Syria was never a major oil and gas producing country, it was producing around 380,000 barrels of oil per day from fields in the resource-rich Deir Ezzor and Al-Hasakah provinces in the country’s northeastern region, before the war broke out in 2011. The revenues generated from the exports made up between 20 to 25% of its total state revenues in 2010, according to the World Bank. Today, production is down to less than 60,000 barrels per day through various makeshift refineries in the SDF controlled areas. Syrian refineries are mostly under government control.

The government had lost control of the oil fields in the northeast after the emergence of ISIS in 2014. Later, the SDF, with the support of the American troops, was able to defeat ISIS in the region, and took over control of these fields. The Syrian government claims ownership of the fields and tried to re-take them in February 2018, leading to a clash with the US forces which left over 100 Syrians dead.

The US has stated several times that it does not want the present Syrian government to take control over the oil fields and has deployed its forces in the region. Meanwhile, the Syrian government has criticized the American position as an illegal occupation of the country.