"Who protects me from those who are supposed to protect me" Photo: Javier Jiménez, Colombia Informa

On Wednesday, September 9, a video went viral in Colombia. It depicted a man repeatedly being beaten and tased by the police while he kept pleading “please, no more”. In a few hours, the man, Javier Ordóñez, would be dead and thousands would be on the streets of Bogotá and across the country demanding justice for him.

Ordóñez, a lawyer and father of two, had stepped out with his friends when he was accosted by a group of police officers. As Ordóñez was being tortured, his friends begged the officers to lay off even while capturing their cruelty. The agony of Javier Ordóñez did not end there. According to his family, after he was given more than 10 electric shocks, he was taken to a CAI, a small neighborhood police station. There, according to the forensics report, the police beat him up so severely that his skull was fractured in 9 places. He died shortly after.

The protests that began on Wednesday were met with brutal repression by security forces. Innumerable videos on social platforms have documented the police shooting at protesters, throwing rocks into homes, kidnapping and beating up passers-by, arming civilians who have gone on to attack protesters, arbitrarily detaining people, torture, and other horrific acts. Reports have also poured in of harassment and threats to human rights defenders, journalists and protesters, acts of sexual violence committed against protesters by police officers, and several cases of forced disappearance.

From Wednesday to the early hours of Thursday, 13 people were assassinated (10 in Bogotá, 3 in Soacha), more than 65 were gravely injured by firearms, more than 400 were injured and hundreds arbitrarily detained. Over 100 people remain in detention.

Despite this repression, the protests continue. The people of Colombia, who have been resisting an extremely violent state apparatus for long, are determined that Ordóñez and others like him will not be forgotten.

What do the people want?

“The number one demand of people on the streets is for justice,” said Nicolás Arias, editor of the Bogotá office of Colombia Informa, a counter-hegemonic media project, told Peoples Dispatch. Justice in the case of Javier Ordóñez but also justice for all of the victims of state violence in Colombia, especially those who were killed or had their rights violated in recent days while demanding that the police be held accountable.

Dozens of organizations have demanded the resignation of the Minister of Defense Carlos, Holmes Trujillo, who called for increased militarization, and oversaw the violent response of the public force.

The protesters and organizations have also reiterated a key demand made during the national strike that began on November 21, 2019 –  the dismantling of the Mobile Anti-Disturbance Squadron (ESMAD). The ESMAD which was created in 1999, has been responsible for numerous human rights violations and several assassinations, most recently of Dilan Cruz who was killed on November 23 last year during the strike. The ESMAD “is accused of several human rights violations not only because of how they intervene but also for the tools they use. This includes tear gas, stun grenades, paintball rifles, rubber bullets, and shotguns which they load with irregular materials (shards of glass, metal). This has a high degree of lethality which the police are not allowed to resort to,” Arias explained.

The ESMAD, however, is only the beginning of the problem. The protests have seen a number of demands seeking reform and even abolition of the police. In fact, many of the protests began and centered around the CAIs, and on Wednesday and Thursday, many of them were burnt down or destroyed. The symbolic importance of the CAI is immeasurable for they are a daily reminder of police brutality. There are dozens of denouncements of rape and sexual violence, beatings, disappearances, and extrajudicial executions committed by police in these CAIs.

However, the protesters did not merely destroy the CAIs “Something very beautiful happened. Many of these CAIs that were burned down were then transformed by the community. They were painted and transformed in an artisanal way into people’s libraries and cultural centers,” said Arias. “I think this is very beautiful because this marks the appropriation and transformation of what was once a space of the violation of human rights to an educational space that serves the community,” he added.

There is also the question of structural change, including on the question of budgets. Colombia has some of the highest levels of spending on military and security in the region, while also reporting  some of the worst inequality and unemployment levels, and poor access to basic services like health, housing and education. Social movements, for decades, have condemned the fact that the state seems to be spending less on the people and more on a war against them.

This war on the people has been the default response of the National Government to this crisis and many before. After the first day of mobilizations, the Minister of Defense announced that they would increase the number of uniformed officers on the streets of Bogotá by 2,000 including 800 soldiers, who as Arias pointed out “do not have the training or the capacity to respond to social mobilizations.”

“This can be seen in the context of the statement made by [former president] Alvaro Uribe on social media, declaring a state of internal commotion and calling on the militarization of the cities and for the declaration of a curfew. This is part of a strategy to find an internal enemy,” Arias commented.

The High Commissioner for Peace of the government of Iván Duque, Miguel Ceballos, alleged on September 12 that, “Behind the destruction of the CAI in different cities in the country, there is a clear and premeditated plan from groups such as the ELN (National Liberation Army) and the dissident groups of the FARC.” Ceballos attempted to back the claim up with evidence showing that these groups had encouraged the sabotage of police infrastructure.

These are no mere statements as the government is going all out to identify those “responsible” for organizing the protests and taking part in the destruction of the police stations. Multiple representatives of the national government have announced that they are starting investigations of several profiles on social media. Arias called this “a dangerous threat to the freedom of expression in Colombia.”

He said that instead of focusing on human rights, the government is seeking to concoct a plot behind the protests. This is where the “internal enemy” comes in handy. This internal enemy is the guerrilla groups or groups in alliance with guerrillas, or which supposedly receive help, support or training by people politically close to Venezuela or Cuba.

“This is the argument that the government always uses to justify its doctrine of the internal enemy and portray the series of internal political conflicts between the state and the critical left, as part of some sort of international communist plot,” Arias explained.

Along with systematic brutality towards protesters and a narrative about internal enemies, the state has also resorted to an attack on the media that criticizes it and above all, alternative media projects. Arias termed this a worrying situation. Over the past few days, several reporters from Colombia Informa were attacked by police despite having clear identification documents and repeatedly stating that they were from the press. “It looks like the police are identifying reporters and human rights defenders and adopting a violent strategy against them,” he said.

He explained, “The police, especially in Bogotá have begun to hide their identification. They go out wearing helmets, their faces covered, and their jackets worn backwards so you cannot see their ID numbers. They take advantage of this to attack the press, human rights defenders, and protesters.”

While the protests were sparked by the assassination of Ordóñez, the anger of the Colombian people runs deeper. Violence by state, paramilitary and criminal actors has sky-rocketed since 2016. Between November 2016 and July 14, 2020, 973 social leaders and human rights defenders were assassinated according to a report by INDEPAZ.

A joint statement released by Colombia’s largest social movements and left political forces including Marcha Patriotica, Congreso de los Pueblos and the Communist Party of Colombia, said, “We are experiencing an increase of war in the territories, an expression of the genocide and State terrorism justified by the doctrine of the ‘internal enemy’…manifested in the increase of assassinations, forced displacement, criminalization, paramilitarism, militarization, drug trafficking, and other ways which increase war and persecution, with the complicity of the government and the authorities.”

The violent repression of the protests, as well as the continued violence against social leaders and civilians in Colombia, has been met with widespread condemnation across the globe.

The Simón Bolívar Institute of Venezuela released a statement denouncing the state violence and standing in solidarity with the victims.

The platform of Social Movements of ALBA, in its statement, said, “If the police in the capital of the country are able to assassinate dozens of youth, in front of hundreds of cameras that are recording them to denounce them, what wouldn’t they do in the rural regions where no one films them?” The platform also pointed out that the Secretary General of the Organization of American States, Luis Almagro, has remained silent on the issue, despite his alleged deep concern over human rights when it comes to Bolivia under Evo Morales or Venezuela. 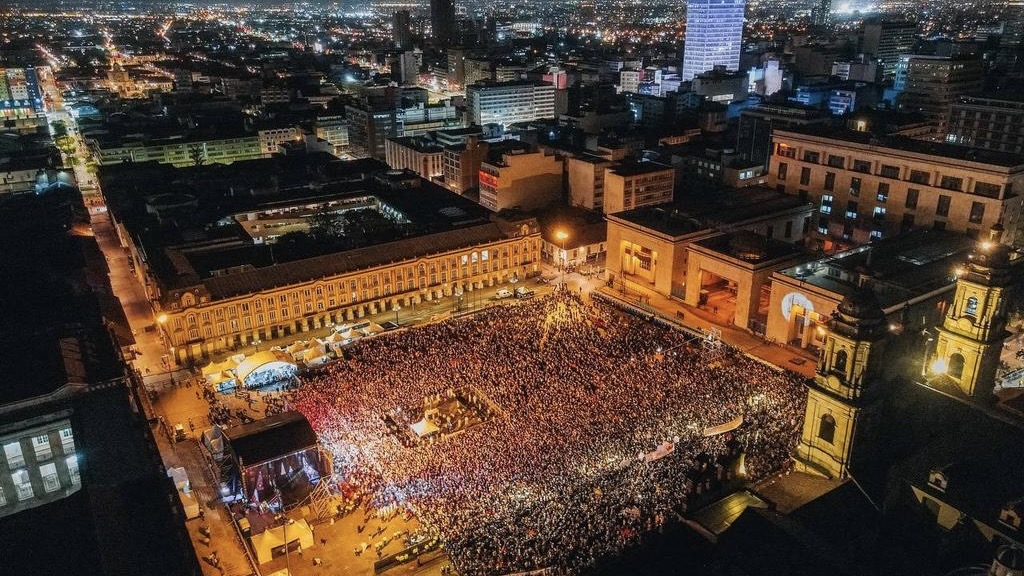 Colombian presidential elections will change the course of the country