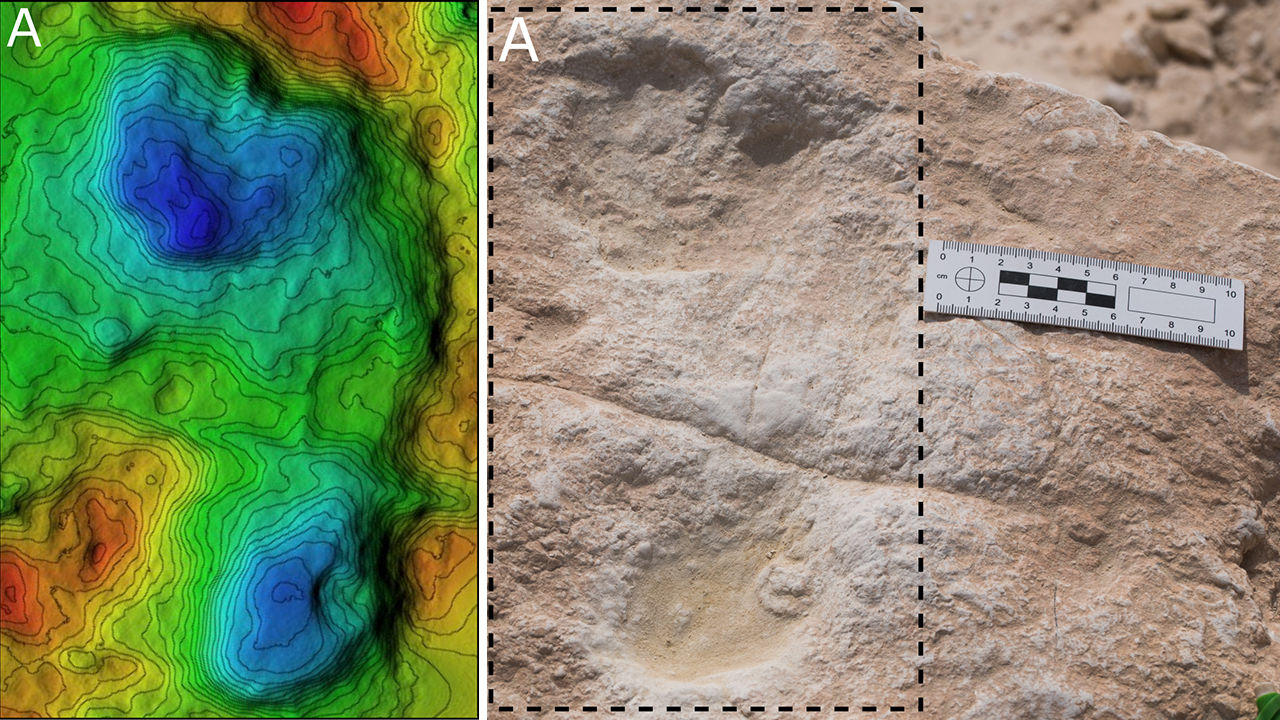 Footprints made by humans in the Arabian peninsula 120,000 years ago. Image: Stewart et al., 2020/Science

After migrating out of Africa, which route did modern humans take that led them to Eurasia and the Middle East? For years, the Arabian Peninsula has been considered as the obvious route of our African ancestors who reached Eurasia, as well as Middle East. Stone tools recovered from the Arabian Peninsula suggest that early humans explored the area at various time in history. Importantly, in the past, Arabia was not a deserted place. In fact, there was lush green grassland with permanent freshwater lake. Yet, all that has been found as solid evidence has been a single human finger bone that dates back to 88,000 years ago.

But, a recent study published in Science Advances has shed more light on the presence of early humans in Arabia. The explorers reported that they found human footprints on a lakebed surface. The footprints are estimated to be 120,000 years old. Along with the human footprints, they also found footprints of other animals like donkeys, camels, giant buffalo and elephants.

A decade-long exploration in the Arabian Peninsula using satellite imagery and remote sensing techniques, the team of researchers could find thousands of freshwater lakebed surfaces. These are the signatures of ‘once green’ Arabia with water bodies in abundance. The lakebed that they found the ancient human footprints on is called ‘Alathar’ which means ‘the trace’ in Arabic. Here, they could find hundreds of footprints on a lakebed surface that was heavily trampled. The surface was perhaps recently exposed as a result of erosion of the sediments over it. The researchers could spot nearly 400 tracks of footprints that were left many years ago by animals and out of these, only seven could be identified and confirmed as human footprints.

The researchers say the footprints belonged to humans and not to Neanderthals after comparing the size and shape of the prints. According to them, the footprints on the tracks were made by people with longer feet and taller beings with smaller mass, which is the sign of humans. Neanderthals have other shapes and sizes of their footprints.

The early humans could have paused in the area for a while to quench their thirst in the fresh water lake and the animals might have accompanied them in their migratory journey of thousands of kilometers. The footprints dried quickly as they passed and eventually got fossilized.

The researchers estimated the time when the footprints were made by using a technique called optically stimulated luminescence. Through this technique, electrons are measured to infer when the layers of the sediment were last exposed to light. The team estimated that the sediments above and below the footprints date back to 121,000 and 112,000 years from now.

At this time, Neanderthals were not present in the Middle East and this made the researchers infer that the footprints belonged to humans, according to Mathew Stewart, co-author of the study from the Max Planck Institute for Chemical Ecology.

“The presence of large animals such as elephants and hippos, together with open grasslands and large water resources, may have made northern Arabia a particularly attractive place to humans moving between Africa and Eurasia,” said Michael Petraglia of Max Planck Institute for the Science of Human History, a co-lead author of the study. 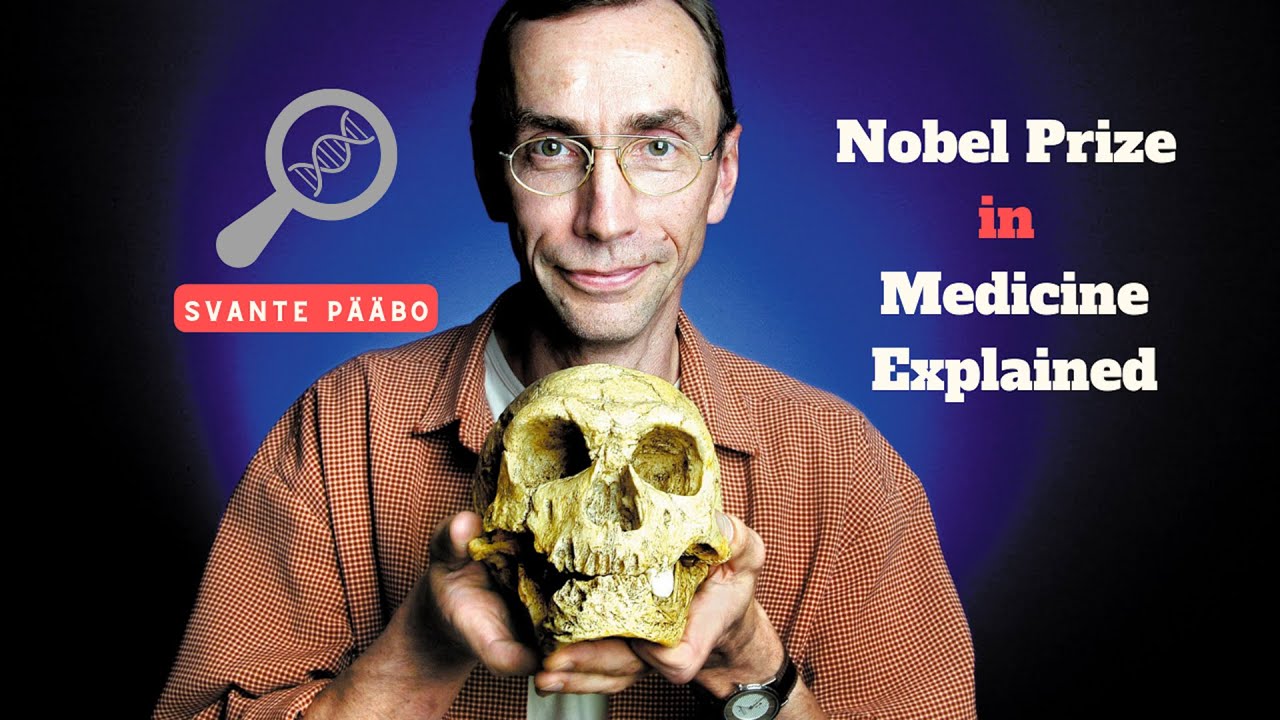 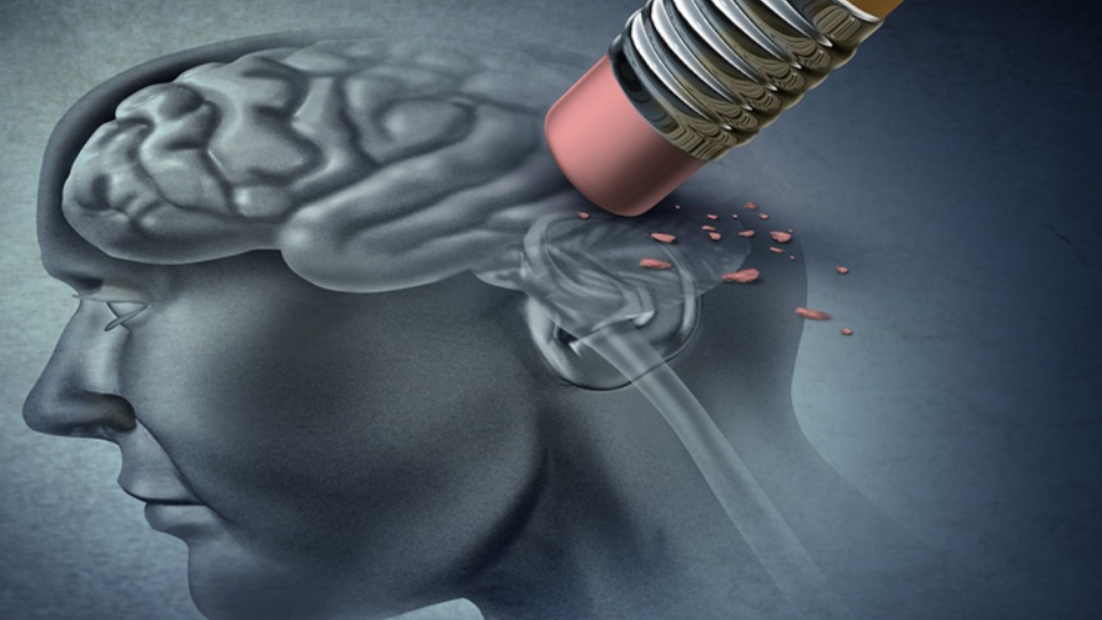 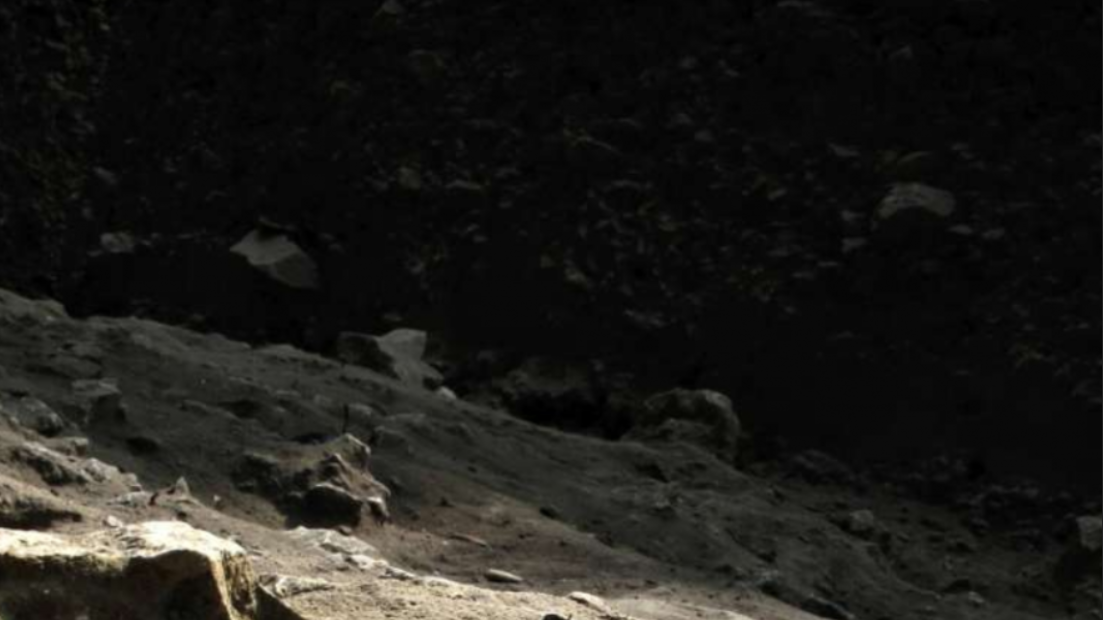