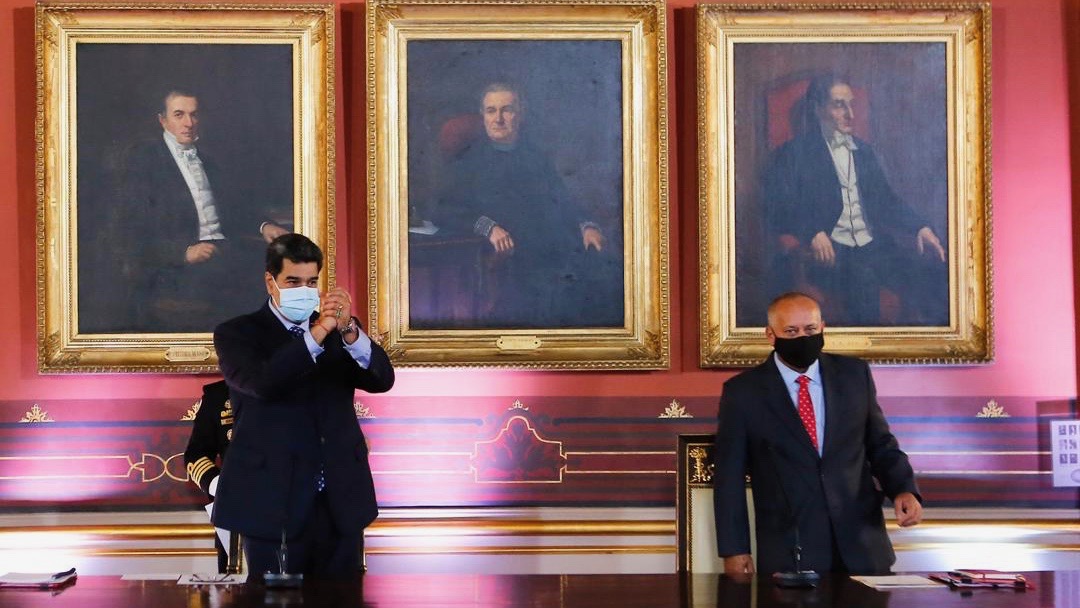 On September 29, Venezuelan president Nicolás Maduro presented a draft Anti-Blockade Law before the National Constituent Assembly (ANC), aimed at reversing the impacts of the US unilateral coercive measures against Venezuela. Photo: Twitter

Venezuelan president Nicolás Maduro, on September 29, presented a draft of the Anti-Blockade Law before the National Constituent Assembly (ANC) to confront the impacts of the unilateral coercive measures imposed by the United States against the country.

“The blockade is a state policy and must be responded to with state actions and tools that match the seriousness of the problem,” said Maduro. He urged the legislators to debate and approve the proposed bill in order to give the Bolivarian government “institutional and legal” tools that allow it to fight against the commercial blockade, economic and financial persecution and other sanctions imposed by the US.

According to the Venezuelan head of state, the regulation will promote “new modalities that circumvent and defeat all the mechanisms of the US blockade,” through “adaptations and flexibilities” of the national legal framework.

He informed that the law will allow the government to shield the 16 productive engines and advance in the creation of a real economy based on work, innovation, scientific knowledge, industrial and agricultural production and the development of all our economic potentialities and get out of the crisis induced by the blockade. The law will allow the government to protect the country’s internal and external assets.

During his presentation, Maduro denounced the effects of the US economic war and criminal blockade against the Venezuelans. Maduro denounced that the US through the blockade seeks to “destroy the economy, destroy the state and seize the vast resources and wealth of the country to hand them over to the corporate services of the US empire.” He said that the US objection is to drown the economy so that there is an internal crisis that leads to a change of government and a possibility of an invasion to establish a neoliberal system.

He added that coercive measures are “cutting off financing to the country, preventing the State from having access to the foreign exchange necessary to purchase food, medicine, supplies, spare parts and essential raw materials for economic activity.” “It is an economic, financial and commercial short-circuit that has prevented us from obtaining the resources to strengthen the salary and benefits of workers, to feed them, save lives, educate our children,” said Maduro.

He added that in the last six years, the oil-rich country lost “99% of foreign exchange earnings” due to sanctions. “We went down from more than 56 billion dollars to less than 400 million dollars last year,” said Maduro.

Maduro emphasized the attacks carried out against the state oil company PDVSA through financial persecution, legal-political operations in foreign courts and the economic embargo on Venezuelan oil and products prevented the company from being able to move in the oil market. “Between 2014 and 2019, oil production fell by 66.5%. In 2019, we only generated a third of the oil that we produced in 2014. Between 2015 and 2019, Venezuela stopped producing about 1.19 billion barrels,” he informed.

President Maduro assured that the Anti-Blockade Law is the first step to reverse these effects, build legal instruments to respond to the imperialist aggression of the United States and restore economic stability.