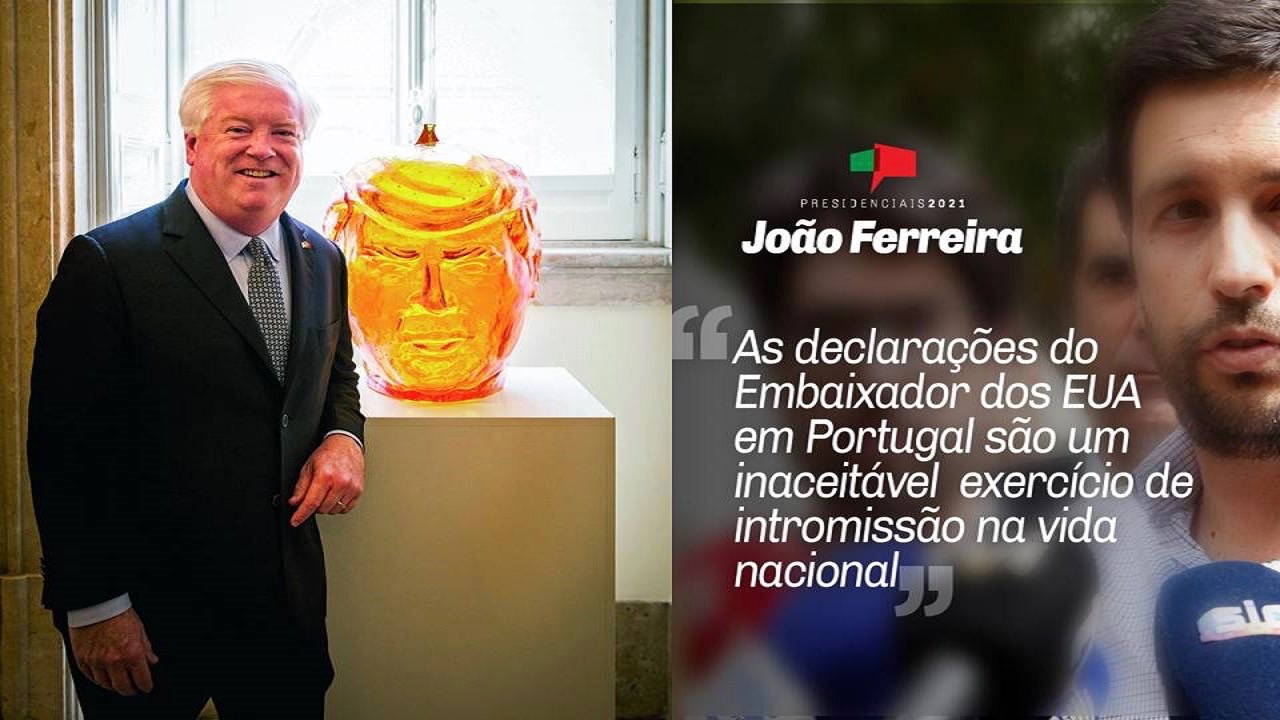 The Left Bloc (BE) and the Portuguese Communist Party (PCP) registered a strong protest against the US ambassador’s remarks.

On September 28, Monday, the Left Bloc (BE) in Portugal expressed strong objection to the remarks made by the United States ambassador in Lisbon, regarding the internal political affairs of the country. The US ambassador to Portugal, George Glass, made the controversial statements in an interview to the newspaper Expresso on September 26, inviting criticism from various left-wing and other progressive groups in Portugal.

Esquerda.net reported that the statements by the ambassador were made in the backdrop of the ongoing trade war between the US and China wherein he suggested that Portugal must now choose between its allies and China. Glass described the country as a “battlefield” between Washington and Beijing. He further revealed in response to a question that a delegation of the US treasury department was in Portugal to “work with regulators” to prevent the triumph of Chinese companies in Portuguese markets. Portugal is currently one of the major recipients of Chinese investments in Europe.

The Left Bloc called it “manifest interference in the internal affairs of the Portuguese State which is totally unacceptable.” The Portuguese Communist Party (PCP) also registered a strong protest against the statements made by the US ambassador.

Deputy of the Left Bloc José Manuel Pureza said, “in the interview, the United States ambassador once again revealed the US administration’s shameless nature in conducting its relations with other States.”

“US ambassador’s revelation of the interference of the US treasury department in Portugal means that the so-called independent regulation in fundamental economic areas of the country is, in fact, shaped according to the interests of the United States,” he added.

Joao Ferreira from the Portuguese Communist Party (PCP), who is the presidential candidate of the PCP in the upcoming 2021 presidential elections, said that “the recent statements made by the US ambassador to Portugal constitute an unacceptable exercise of meddling in national life, which aims to condition Portugal’s options regarding its development and foreign policy, which can only deserve the most vehement rejection.”

“It cannot be accepted that an ambassador, or any other external entity, seeks to use threats – including sanctions – to impose decisions that have nothing to do with the interests of the Portuguese people and the country,” Ferreira reiterated.

Following widespread protests over the US ambassador’s remarks, the Socialist Party-run government in Portugal responded by saying that the decision-making process in the country is under the Portuguese government and will not be impacted by US pressure.