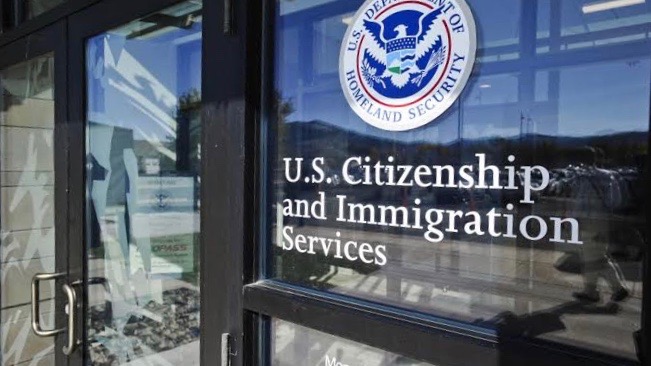 The United States government has released new policy guidelines for residence and citizenship in the country, which disallow people with communist affiliations. In a notification issued on October 2, Friday, the US Citizen and Immigration Services (USCIS) stated that individuals with affiliations to a “Communist party or any other totalitarian party” shall be deemed inadmissible for permanent residence or citizenship in the US. The guidelines however do not specify the targeted communist party or define “other totalitarian party.” The move is being seen as part of the Donald Trump administration’s attempt to target China in the ongoing trade war.

The notification published by the USCIS states that “membership in or affiliation with the Communist Party or any other totalitarian party is inconsistent and incompatible with the Naturalization Oath of Allegiance to the United States of America”, which includes pledging to “support and defend the Constitution and laws of the United States.”

The notification is based on a Cold War-period USCIS policy manual which specifically targets members of communist parties. The law itself dates back to the First Red Scare-era immigration policies that sought to actively hinder entry for radicals, specifically communists and anarchists. The same policy manual has been used by past administrations to bar people associated with the anti-colonial movements in Africa and Asia from entering or naturalizing as citizens in the US. A prominent example was that of South Africa’s African National Congress, which was deemed as a “terrorist organization” until 2008.

Trump’s Republican Party has been pushing for measures to limit or altogether block Chinese nationals from entering the US. Earlier, the Trump administration discontinued a range of visas for Chinese nationals, including ones that allowed foreign nationals to study and research in STEM (Science, Technology, Engineering and Medicine) programs.

Why imperialism is obsolete in Latin America
RECENT ARTICLES