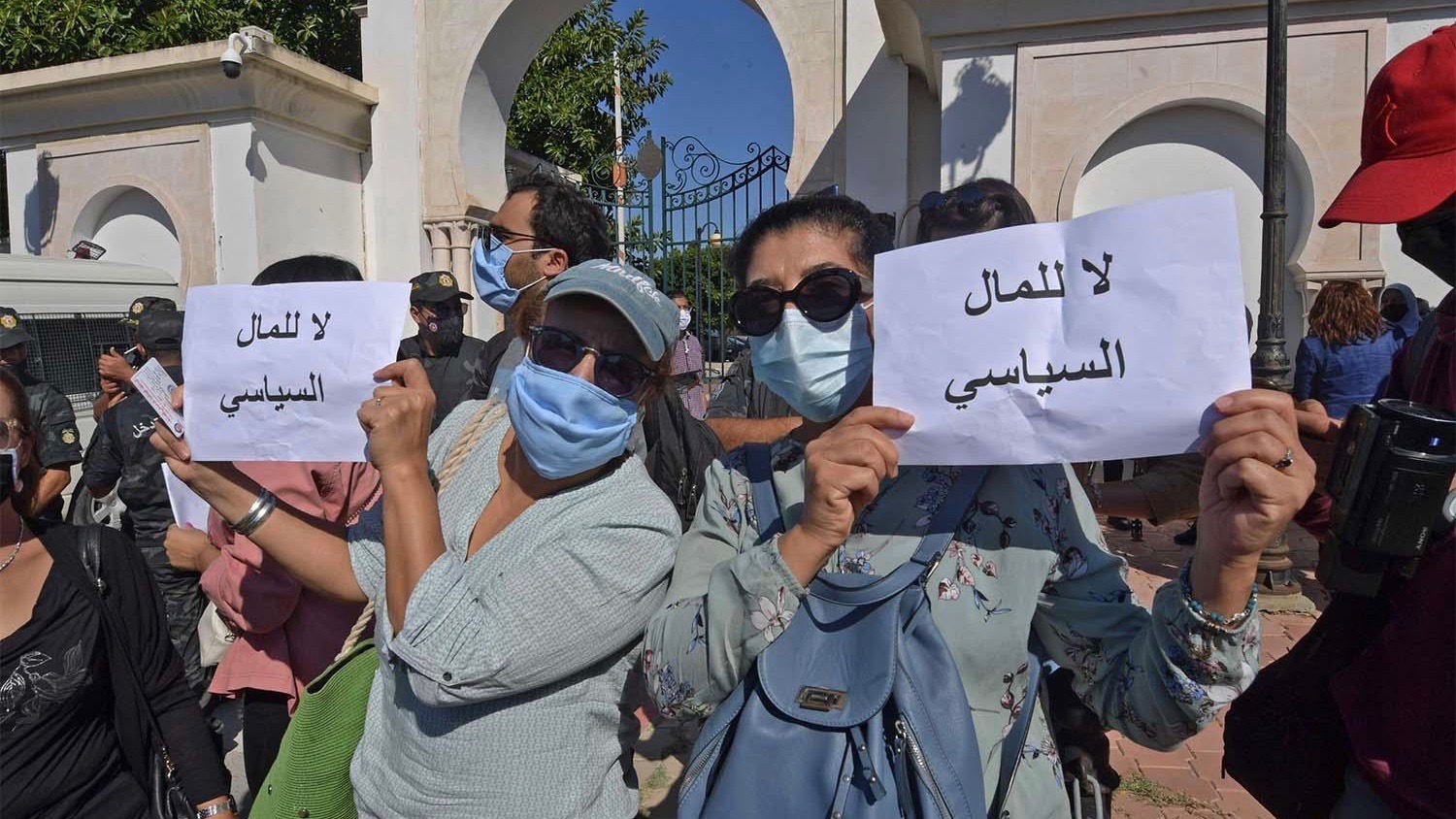 Journalists protest outside the Tunisian parliament in Tunis against the proposed media bill on October 20. (Photo: Middle East Online)

A protest was staged on October 20, Tuesday, in front of the Tunisian parliament in the capital Tunis against a newly proposed bill that significantly relaxes licensing rules for media operations in the country. Over 300 journalists and activists participated in the protest and raised slogans against the proposed media bill. The bill includes provisions for removing the requirement for television and radio channels to obtain official licenses to operate in the country. Protesters also opposed another clause in the bill which stipulates that the parliament can appoint new members to the media regulatory body by a simple majority instead of the current requirement of a two-thirds majority.

Protesters accused the government of deliberately allowing powerful domestic and external players to take advantage of the new rules, enabling them to influence the national discourse and public opinion without regulation. The bill could give possible rise to the spreading of extremist propaganda as well as unfair collusion between the government and the media, they said.

In a statement, Journalists’ Labour Syndicate president Mehdi Jlassi said, “this proposed amendment presents a real threat to democracy and for the press sector. Cancelling licenses will open the door to corrupt money, politicians and perhaps extremists to control the sector.”

Meanwhile, those in support of the bill claim that it will benefit the country’s media sector, leading to a growth in the number of TV and radio channels, media content, and jobs. Supporters of the bill include prime minister Hichem Mechichi, head of the Karama coalition Saif Eddine Maklouf, and the Islamist Enhada party.

Prime minister Hichem Mechichi supported the bill by saying that it would rapidly expand and liberalize the media sector in Tunisia.

However, critics have raised concerns about allowing foreign influence in the social and political life of the country. The bill would give foreign powers and companies the means to further their selective interests, or those of their Tunisian allies, at the cost of a free and fair press.