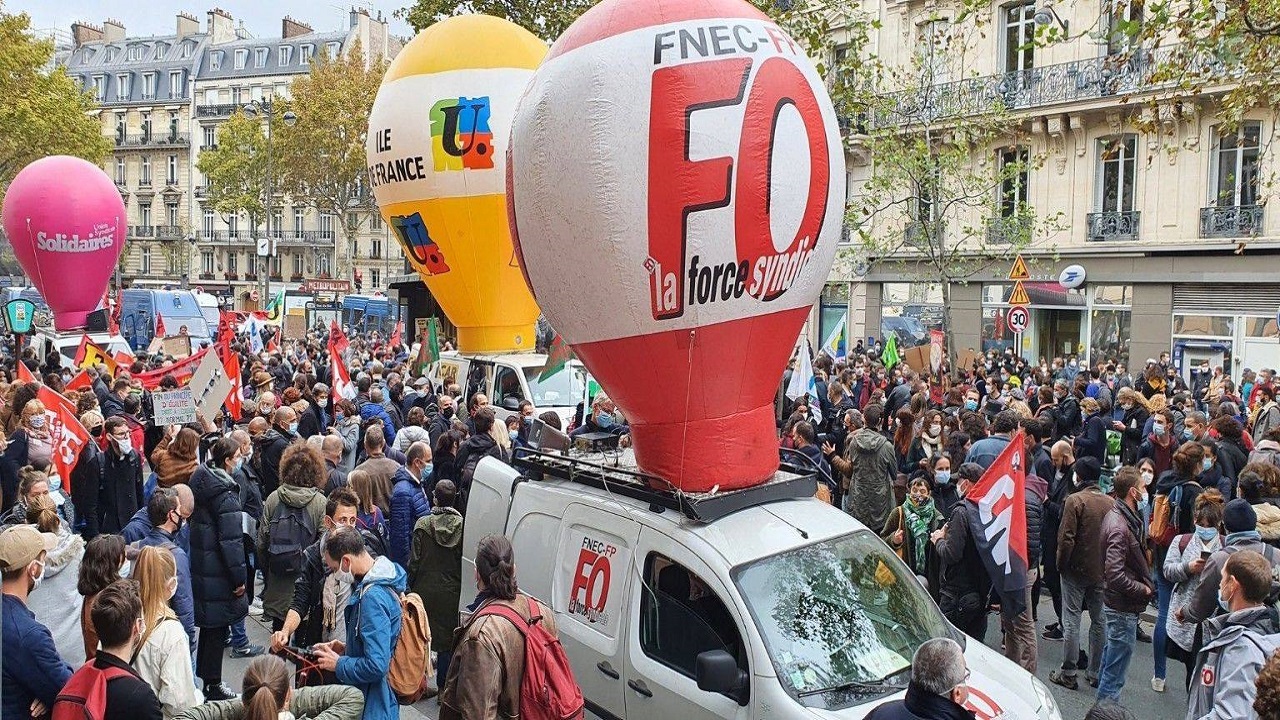 On November 10, Tuesday, teachers of primary and secondary schools across France organized a national strike demanding effective safety protocol for all schools in the wake of a new spike in COVID-19 cases in the country.  The call for the strike was given by several unions, including the General Confederation of Labor (CGT),  Fédération Syndicale Unitaire (FSU), National Union of High Schools, Colleges, Schools and Higher Education (SNALC), Solidaires Unitaires Démocratiques (SUD), FNEC-FP-FO and SNCL-FAEN. The unions have demanded urgent hiring of more staff in order to divide classes with more than 30 pupils to ensure social distancing.

France is witnessing a spike in COVID-19 cases and as of November 10, around 1,829,659 COVID-19 cases have been reported with 42,207 deaths. Last week, in many parts of the country high school students — with the support of teachers — organized intense protests demanding safety in their overcrowded schools. At many places, the protests were met with a police crackdown leading to widespread outrage among the youth and other progressive sections of the country.

According to Ruptly, on November 10, protesting teachers held a rally near the office of the Ministry of National Education in Paris and called for the resignation of the Education Minister Jean-Michel Blanquer who failed to ensure safety in schools. One of the protesting teachers told Ruptly, “What offends us the most is the health situation and the lack of suitable protection. We wear fabric masks as you can see here, and they do not protect us against the spread of the epidemic.”

CGT Éduc’action stated that it has been demanding a reduction of the number of pupils in a class, but the ministry decided to conduct the classes with equal division between in-person and distance learning and that it is an additional workload for the teachers. The CGT Éduc’action continues to demand that courses be held with small numbers present by recruiting more staff and requisitioning premises to accommodate all students.

The French Communist Party (PCF) has expressed support and solidarity with protesting teachers. PCF has stated that “education is a national public service: a national health protocol must therefore be put in place, which gives clear lines of action to all establishments”.